Home Feature Stories Too much? Or not enough?
0
SHARES
ShareTweet 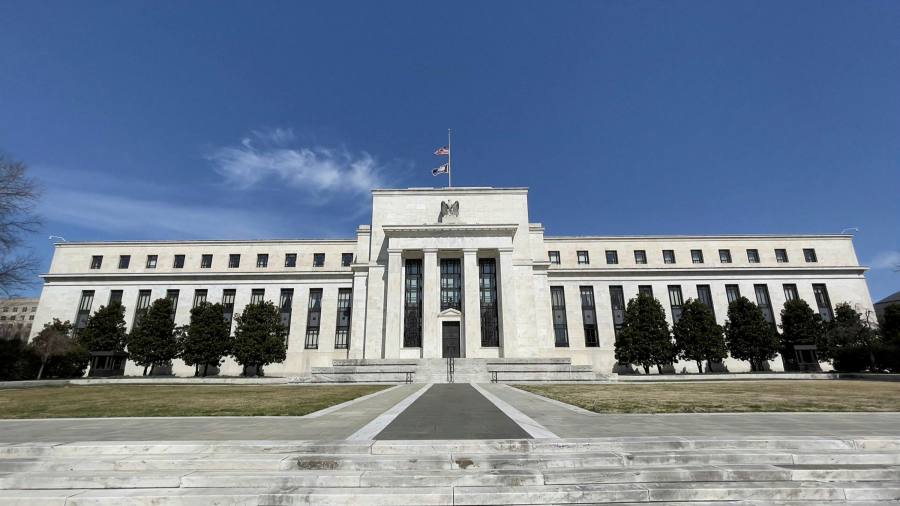 That is, of course, the key question being discussed in President Joe Biden’s $2.3 infrastructure plan. The answer hinges on inflation, and whether juicing the economy in this way will move us into years of more robust main street and Wall Street growth, or whether it will take us back to a Vietnam war-era guns and butter debate that ended up pushing the country into years of double-digit inflation.

Ed, as you pointed out in your last Note, in lieu of any smart Republican policy debate, Bill Clinton’s former Treasury secretary Larry Summer is standing in for the conservatives and arguing that the recent stimulus packages are too large (his exchange with our colleague Martin Wolf is worth flagging again for those who may have missed it).

I think the most interesting comment is this one from Summers:

“In many ways, today’s situation is a bit like the 1960s. It was then hoped that the laws of economic arithmetic could be suspended and that it would all work out. That experiment didn’t work out well for Lyndon Johnson, economically, and it didn’t work out well for the Democratic party, politically. I think there is a significant risk that something of the same kind will happen today.”

I wonder. Certainly, decades of low interest rates (which both parties, including the Clinton team of which Summers was a part, supported) have allowed politicians to paper over debt bubbles and underlying imbalances in the economy. The inflation of the 1970s happened for many reasons, but one of them was that politicians passed the buck to the Federal Reserve to deal with things rather than making the tough decisions between interest groups. As I wrote in 2019, central bank engineered longer recoveries might feel good in the moment, but they also prevent healthy creative destruction from happening in shorter, healthier bursts. The result is bigger, more destructive financial crises when they happen.

Are worries about overheating reason enough not to err on the side of generosity in addressing the major pain being felt by so many Americans right now? I just don’t think so, particularly given the political consequences of doing too much for companies and markets, and not enough for individuals, as per 2009. Fiscal support has been about five times what it was back then, in large part because of payments to individuals.

You can argue that some of the money is either not needed or might be wasted. But you can also argue that this is a moment not just for linear economic models (which as Jamie Dimon wrote to shareholders in his most recent letter, are too narrow to capture the risks of the moment), but for compassion. That may come with its own political and economic rewards.

I did a fireside chat for the Atlantic Council recently with former Treasury Secretary Jack Lew, who had this to say on the topic:

“The question of too much, too little I think can be too narrowly framed. If one just looks at the lost GDP from the economic crisis, that can give you a mechanical measure of how much capacity in the economy you need to replace. It doesn’t address the inequitable distribution of the pain. It doesn’t address the psychological and systemic consequences, and it also doesn’t address the many unknowns. I mean, dealing with a crisis like this is like the fog of war. You do the best you can while the situation is highly uncertain. And the question is, is the better course of action to err on the side of doing more or doing less? You probably can’t get it exactly right.”

I agree with this, and particularly enjoyed the reference to Robert McNamara’s “fog of war”.

Ed, where do you imagine we’ll come out of all this, politically and economically, when the fog has lifted?

Rana, I don't know whether Larry Summers’ warning of a one in three risk of stagflation is too high, or spot on. Nobody does, which is why this is such a fascinating debate. We are on the edge of various paradigms and we don’t know which will prove most relevant. I do feel quite strongly about two elements of this: First, it is a pleasure to see Washington having debates about actual public policy substance. We had almost forgotten what they were like. Whichever of Paul Krugman and Summers you find most persuasive, or neither, this exchange between them is important and educational, as was his conversation with Martin.

Second, Larry made two arguments — one warning about inflation, and the other arguing that Biden has his priorities back to front. I agree with Larry’s latter point, which is that the stimulus was too large and the infrastructure bill is too small. At $300bn a year over the next eight years, Biden’s investment plan is unlikely to be transformative. That is a missed opportunity and a puzzle.

If Biden had to concentrate his firepower on one goal, an unnecessarily large stimulus was a rash choice in my view. I appreciate that there is another $1tn to $2tn “social infrastructure” bill in the pipeline, which is likely to include badly-needed new protections for American employees, such as parental and sick leave, and possibly minimum paid vacations (though some of these will be hard to crystallise in the gig economy). So we have not seen the totality of Biden’s reform programme and are not yet in a position to judge.

Overall, Biden’s ambition is admirable and points in roughly the right direction. In practise, we will have to see whether this talk of Biden as the new Franklin Roosevelt is overblown, or on the mark. I hope it is the latter. But there is plenty of room for empirical debate. Let me repeat those two words — empirical debate. I had almost forgotten what they sounded like.

In response to ‘America’s limbo between pandemic and freedom’:

“It is an apparent paradox that those who have the mentality that has caused them to submit themselves to military discipline — presumably wanting to obey orders without asking questions — should question the obvious requirement to be vaccinated. It suggests a failure on the part of their commanding officers to tell them what to do. Why is that? Surely the commanding officers themselves should have been conditioned to obey orders, and make their subordinates obey them!” — Christopher Joubert, Cambridge, England

“I never buy the claim that politicians make about higher taxes denting competitiveness. Tax avoidance is a sport for large corporations and their advisers. I have played it in the past and I know how it goes. Accounting firms compete to provide the most elaborate solutions and are aided in this by the multinational nature of large corporations. Complex structures lead to many opportunities to exploit the structure of tax codes in different jurisdictions to make income disappear and proliferate deductions. Shutting this down is indeed a global endeavour and it is worthwhile. It consumes a lot of unproductive energy and (billable) time.” — Neil Winward, New York