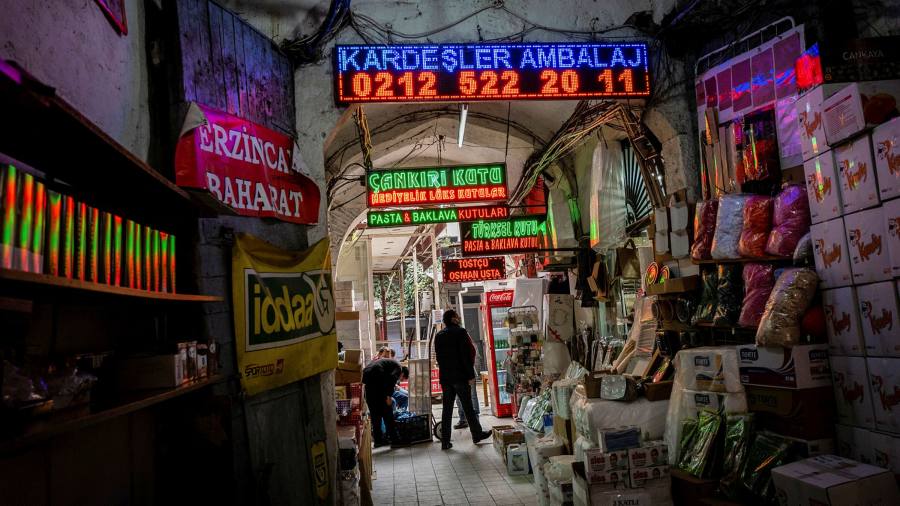 Turkish inflation accelerated for the sixth month in a row in March as the weak lira drove up the cost of imports, making it harder for the country’s new central bank governor to fulfil President Recep Tayyip Erdogan’s wish to ease monetary policy.

Consumer prices rose 16.19 per cent year on year, in line with the expectations of economists polled by Reuters. The month-on-month increase was 1.08 per cent, with transportation and white goods leading the rise, the state statistics agency said on Monday.

Turkey’s inflation rate has been stuck in double digits for much of the past three years, leaving central bank governor Sahap Kavcioglu with a dilemma.

Kavcioglu was appointed last month by Erdogan, who has often demanded lower borrowing costs to spur economic growth. But cutting rates risks fuelling inflation and threatens to undermine the value of the lira, according to analysts.

“The renewed depreciation pressure on the local currency highlights the need for the central bank to maintain a tight monetary policy,” Enver Erkan, an economist at Tera Securities, wrote in a research note after the inflation data were released.

“[High] interest is the most useful instrument in terms of price stability, even if it has a slowing effect for the real economy,” he said.

The figures make it unlikely that Kavcioglu will cut interest rates at forthcoming monetary policy committee meetings this month and in May, and he may even signal that policy will remain tight, Erkan said.

The bank’s next rate-setting meeting is on April 15.

The lira has declined by 13 per cent against the dollar since Erdogan sacked Kavcioglu’s hawkish predecessor Naci Agbal in the middle of the night last month, two days after he increased rates to 19 per cent in a bid to rein in inflation and prop up the lira.

The Turkish currency has lost more than a fifth of its value against the US dollar in the past year. That has driven up the cost of imports, including the intermediate goods which the country’s manufacturers require.

Producer prices jumped 4.13 per cent last month, and are up 31.2 per cent year on year, the statistics office said. That suggests the headline rate of inflation will continue to rise as higher production costs are passed on to consumers.

Rising oil prices are also a factor as Turkey imports almost all of the energy it consumes.

However, Kavcioglu has indicated that he will not undo his predecessor’s policies right away, and has pledged to meet the central bank’s year-end CPI target of 5 per cent.