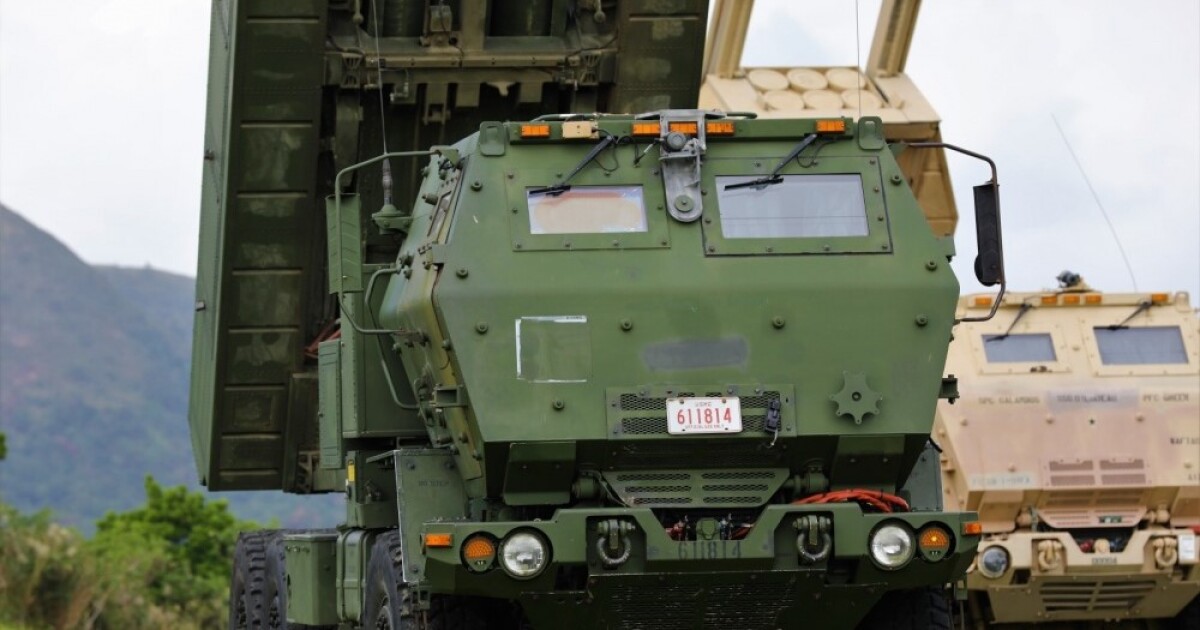 The Army’s case for more funding to field combat systems to fight China at first glance appears geared toward a budget battle with the Navy and Air Force, the services that long have dominated the Pacific region. But the ground service’s vision actually pits it against the Marine Corps in a possible David vs. Goliath funding fight.

Deterring China typically has fallen to the Navy, via things such as dual carrier exercises in the South China Sea, or the Air Force’s B-52 bomber flyovers. U.S. Army Pacific Command has at its disposal some 52,000 soldiers and another 25,000 available, if needed. Soldiers are stationed across the theater, from South Korea and Japan to Guam and Hawaii, the headquarters of U.S. Indo-Pacific Command.

Fearing some of its Pacific foot could be on the chopping block as the Biden administration slices and dices the Pentagon’s budget, Army officials say the other armed services will need the kinds of long-range fire support and logistics platforms only it can provide.

“We have a role that we play. We exercise it as often as possible,” said U.S. Army Pacific Gen. Paul LaCamera in a recent discussion hosted by the Center for Strategic and International Studies.

“Whether it’s intelligence, fires, protection — we’re integrated into the air and missile defense,” he said. “We experiment out here in the next fight, getting back to large-scale combat operations.”

‘NOT A MOMENT TO LOSE’: ARMY IN CHASE FOR LONG-RANGE PRECISION FIRES

It is expected that if a conflict arises with China, the People’s Liberation Army would quickly move to attack the U.S. territory of Guam, which is currently a vital forward operating location for the Navy and Air Force in the Western Pacific. Protecting and positioning the Army’s long-range systems on Guam and other islands could provide the protection that naval vessels would require to operate safely, Army officials contend.

“We play a critical role to the success of operations out here,” LaCamera said from his headquarters in Hawaii.

The Army commander said the service provides more than half of the logistics support to the armed forces in the theater and would use long-range precision fires reaching thousands of miles to set the conditions for the Air Force and Navy to participate in a conflict.

The trouble is that some of the fires he is talking about haven’t been developed yet. They need continued funding to be fielded, giving the ground service an argument to avoid major budget reductions as the new administration begins crafting its first military spending proposal.

Army chief of staff Gen. James McConville, who also participated in the CSIS discussion, admitted as much in describing the role of his service’s Multi-Domain Task Force in the Pacific, which includes intelligence, information operations, cyber, electronic warfare, and space capabilities.

“It also has the capability to provide precision long-range fires as we develop those capabilities,” he said. “We’re in the process of doing that.”

Meanwhile, competition exists within the armed forces, with the Marine Corps angling to become the key player in any Pacific conflict. That could set up an internal struggle for dollars between the Army and the Marines, pitting the largest service against the smallest.

Marine Corps Commandant Gen. David Berger’s “Force Design 2030” plan calls for the Marines to return to its naval roots with an amphibious focus that leaves the land wars of Afghanistan and Iraq in the dust.

It will be the Marines, not the Army, who will have a new base and permanent presence on Guam once Camp Blaz is completed and 5,000 Marines relocate from Okinawa, Japan.

LaCamera acknowledged the Army’s role, but he said that the Marines will would be in any fight there, too.

“We are the largest ground force, so if there’s a fight on land, we’ll be the ones participating in that,” he said. “But as a joint, you know, with our Marine brothers and sisters as we move forward.”

A new Marine Corps “Tentative Manual For Expeditionary Advanced Base Operations” calls for a force consisting of small units that can provide air defense, anti-ship, and submarine warfare and also seize and hold temporary bases in an island-hopping Pacific campaign.

“Long-range precision fires, the ability to penetrate an anti-access/area-denial capability, the ability to provide an anti-ship capability from land,” he said. “We’ve done our experimentation and simulation. We’ve found this to be a valuable contribution to the joint force.”

LaCamera said that adapting to the new battlefield of the Pacific will take some time. Whether the Army is given the time and money to keep up with the other services remains to be seen.

“I don’t think it’ll be a one-size-fits-all because the environment is different,” he said. “Making sure that we can work with the Navy and the Marine Corps and the Air Force out here and the interagency piece. So, taking the Army concepts, adapting it to the environment here, to make sure that we can be successful, and we’re competing on a day-to-day basis.”