Home Feature Stories Covid has been a catastrophe. Can it also be an opportunity?
0
SHARES
ShareTweet 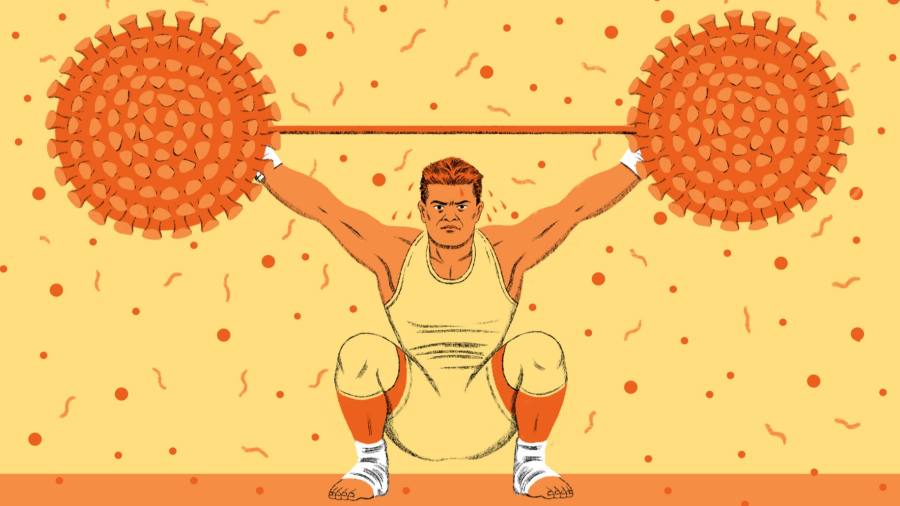 “What does not kill me makes me stronger.” Philosopher Friedrich Nietzsche’s aphorism is inspiring — although as anyone suffering from long Covid can tell you, it is not always true. Sometimes what does not kill you just makes you weaker.

Does Nietzsche’s maxim apply to the economy? Will the catastrophic impact of the pandemic produce a great flourishing in response? Or is a disaster simply a disaster?

I’m afraid that the starting point must be to assume that the post-Covid economy will be weaker than the pre-Covid one. Recessions tend to do harm that lasts long after the recession itself has faded.

Consider the job market. Several economists have found that people who enter the job market in a recession suffer lasting damage to their incomes: they miss the first rung of the career ladder and spend years scrambling to catch up. This is true both for Stanford MBA graduates and people far less privileged, including high-school dropouts and those from often disadvantaged ethnic minorities. However, Hannes Schwandt and Till Marco von Wachter have found that the damage is worse for those who already begin at a disadvantage.

Such “scarring” can take place elsewhere in the economy too. Corporate or personal bankruptcies offer few silver linings; when someone borrows money and then finds they cannot repay it, everyone loses.

Recessions also tend to provoke austerity from governments. Wanting to pay back the debts incurred during the recession, they will look to tax rises and spending cuts. None of this bodes well for a booming 2022.

But without diminishing the terrible health and economic costs of the pandemic, there are also reasons to be cheerful. Sometimes Nietzsche is right.

My favourite example is that of Keith Jarrett’s 1975 improvised solo piano performance in Cologne. After a mix-up at the opera house, he was faced with a tiny, tinny rehearsal piano — and understandably he refused to play. When he relented, out of pity for the young concert promoter, he went on to produce a wildly successful performance and one of the bestselling jazz concert recordings.

The “unplayable piano” effect feels like catching lightning in a bottle but is not unusual. I recently wrote about a brief strike on the London Underground in 2014 which provoked many commuters to find new routes to work. Quite simply, when our old solutions are closed off, we find new ones. Sometimes the new ones would have been better all along.

This is perfectly well understood by computer scientists. Algorithms created to solve problems such as scheduling deliveries or designing computer chips tend to deploy random shocks to what would otherwise be a search for incremental improvements. Without the randomness, the algorithm gets stuck. So do we.

We can all imagine ways in which Covid-19 might prompt the same fresh thinking, most obviously in using the internet — at last! — to replace grinding, costly and time-consuming travel. Dense cities have long been hives of innovation as well as, counter-intuitively, having a lower impact on the environment because of more compact homes and greater use of public transport, walking or cycling. If we can finally figure out a way to collaborate at a distance, at least for some people, some of the time, we might hope to revitalise smaller towns without losing innovation or promoting sprawling commutes.

This is nice in theory. Is there evidence that any sort of “reset” is happening? Constance Hunter, chief economist of consultancy KPMG, has pointed to the appearance of new businesses. Applications to set up a business in the US, steady at around 300,000 a month (seasonally adjusted) before the pandemic, briefly dipped before leaping to more than 550,000 in July and remaining well above pre-pandemic levels ever since.

Some of these applications are no doubt born of necessity and come from people who have lost jobs and are looking for a new way to make a living. But many also seem to be genuine signs that new business ideas are flourishing: the pattern for “high propensity” businesses, those likely to employ staff, shows the same dip and then surge.

There is room for hope, then. But opportunities can easily be squandered. One example, as my colleague Martin Sandbu has described, is to improve our policies on rough sleeping. A year ago, very quickly, accommodation was found for most of the rough sleepers in England. This suggests the problem is not quite as intractable as we tend to think. But will that achievement be sustained? I wonder.

Another urgent need is for more small-group tuition for children who would benefit from it. Some of that is happening, and the lost schooling of the past year means that we need much more. It is possible we will conclude that this sort of tailored boost to many children’s education is so effective that we should never stop. But it is also easy to imagine that we do too little and give up too soon.

I am reminded of research by the economist Johannes Spinnewijn into the behaviour of job seekers. He observed two tendencies: many people were outcome optimists and control pessimists — or, in plain language, they were hopeful that things would work out but felt helpless to influence events.

What we need now are outcome pessimists who are control optimists — people who believe that the post-Covid world can be better, but only if we decide to make it so.

Video: Could the pandemic lead to a fairer economy?