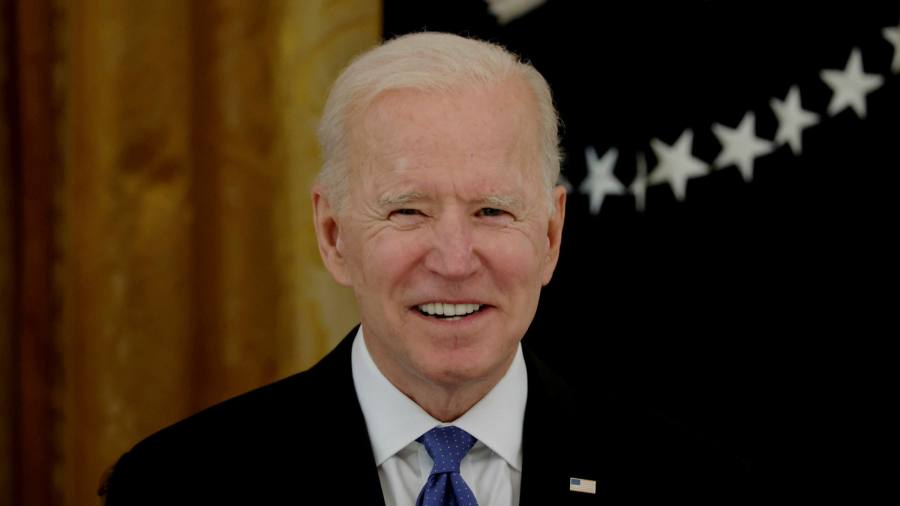 Joe Biden’s plan to fund his $2tn infrastructure plan entirely through corporate tax increases has set up his first big clash with large US businesses, raising tensions that complicate the package’s prospects in Congress.

Corporate America has generally welcomed the announcement of massive government spending on everything from roads to the electrical grid, which includes funding for research and development and new manufacturing subsidies.

But in a break with the Democratic administration, some of the biggest trade groups for US business have threatened to oppose the package because of Biden’s bid to finance the effort with increases in corporate levies that roll back many of Donald Trump’s 2017 tax cuts.

The plan would increase the US corporate income tax rate from 21 per cent to 28 per cent, still shy of the 35 per cent level under Barack Obama, while increasing the minimum tax on overseas earnings and eliminating provisions in the tax code that allow companies to shift income around the world to lower their tax bills.

White House officials on Thursday stressed that even with the planned rises, corporate tax revenue as a share of gross domestic product would remain well below the OECD average and the corporate tax rate would still be at its lowest level of the postwar era, except for the past few years under Trump.

“This is a totally reasonable set of reforms that actually would get rid of a bunch of bad incentives that corporations now have and would finance critical investments that would put the US in a better position,” David Kamin, deputy director of the National Economic Council, told the Financial Times.

The criticism from business groups, however, has been bruising and has marked a shift from the strong support from corporate executives for the recently passed $1.9tn stimulus plan. Biden’s first large economic legislation was greeted with sharp rises in business confidence.

But that honeymoon period appeared to end on Wednesday. The US Chamber of Commerce said the plan to fund Biden’s infrastructure proposals with higher corporate taxes was “dangerously misguided”. The National Association of Manufacturers said they would “turn back the clock to the archaic tax policies that gave other countries an advantage over America”, and the Business Roundtable warned the increases would create “new barriers to job creation and economic growth”.

“They have no idea how difficult it’s going to be for US companies to compete against foreign competitors who are not subject to these high minimum taxes,” said Cathy Schultz, vice-president for policy at the National Foreign Trade Council, a lobby group for US multinationals.

She added: “There are some companies that have done really well during the pandemic, but there are an awful lot of them who are in really difficult circumstances.”

But Biden administration officials see the tax changes as doing more than simply covering the cost of the plan. They hope they will inspire a reset of the global tax system through multilateral negotiations at the OECD, preventing an international race to the bottom on taxes in some countries, and unilateral increases in others in areas such as digital transactions.

“We have a real opportunity to stabilise the corporate income tax system . . . making sure that multinational corporations — both US and foreign ones — are not able to game tax systems around the world by shifting profits on books into tax havens,” said Kamin. “It’s been a problem that the world has sort of come to recognise . . . and it’s one where the US can now play a leading role.”

Nonetheless, the scale of the corporate tax increases has taken some in the business community aback, even if equity markets did not react negatively to the announcement.

Business opposition, if it digs in, will not only embolden Republican opposition to the plan, but could make it harder for Biden to garner support from moderate Democrats — who will be pivotal given the party’s slim majorities in Congress.

Neil Bradley, the Chamber of Commerce’s chief policy officer, said he had expected the administration to follow through on its campaign pledges of taxing companies more heavily but had thought the infrastructure plan funding would be “more of a mix”, including user fees and higher individual taxes rather than corporate tax increases alone.

Bradley added, however, that he saw Wednesday’s announcement as “the beginning of a process”. He said groups like the Chamber had found “a tremendous level of engagement” with Biden’s team, even if they had not always found agreement.

“The public and private message [from the White House] is the same,” he said. “They’re open to negotiation.”

Kamin said the White House remained open to compromise, as long as there were no tax increases on anyone making less than $400,000 a year. “The president wants to hear others’ ideas,” he said. “If they’ve got better ideas in order to pay for these investments, they should put them on the table.”

Despite this week’s combative rhetoric, some lobbyists still believe an agreement is possible.

“[Biden] set out a marker,” said Arshi Siddiqui, a partner at Akin Gump and a former Democratic congressional aide. “It’s the beginning of the discussion and it’s going to be a spirited discussion but I think that’s a good thing . . . now it’s a question of finding common ground.”