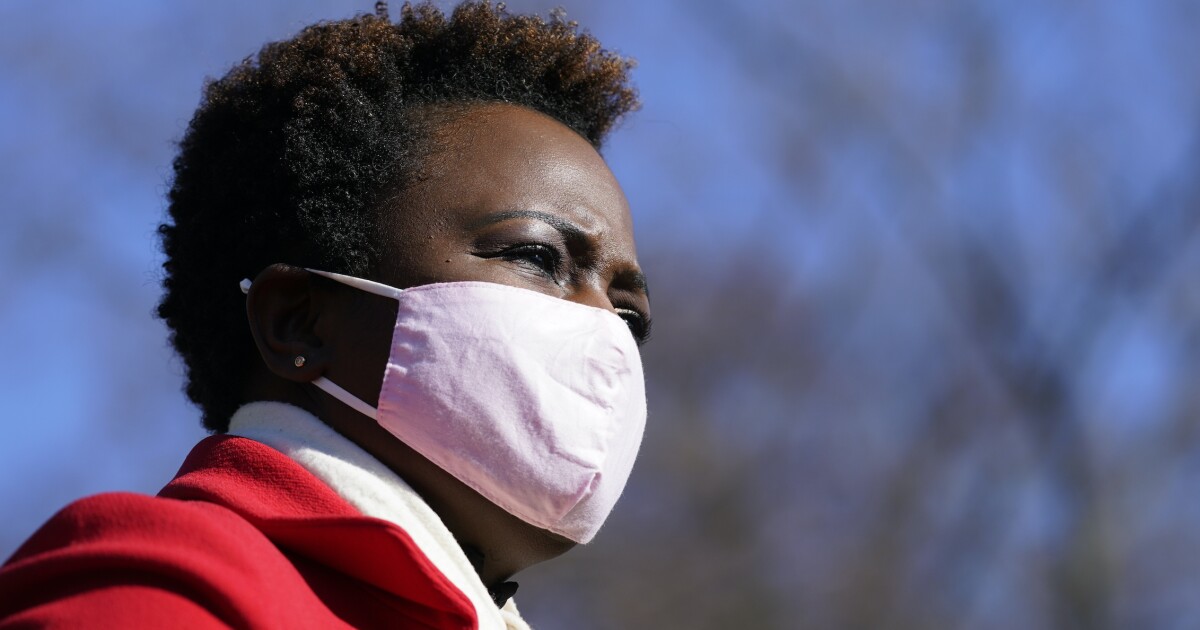 The White House is being tight-lipped on the aspects of its sweeping $2.25 trillion infrastructure package that might be on the negotiating table.

White House deputy press secretary Karine Jean-Pierre insisted Wednesday that President Joe Biden is open to bipartisan compromise on the proposal. The president, however, adopted a similar approach to talks over his $1.9 trillion coronavirus spending package, before ditching Senate Republicans in favor of the reconciliation process, which only requires a simple majority for some budgetary legislation.

But unlike Biden’s coronavirus package, Jean-Pierre was careful not to draw any red lines for the administration’s discussions with Congress.

“This is a once-in-a-generation, right, type of opportunity that we have here,” she told reporters on Air Force One en route to Pittsburgh, repeating that infrastructure was a bipartisan issue. “This is about creating jobs,” she added, though she was unable to specify how many.

Jean-Pierre declined to lay out a timeline for the plan’s passage, but she said that the White House “had time” to have conversations with lawmakers on the other side of the aisle. To that end, Biden has spoken to Senate Minority Leader Mitch McConnell, though McConnell has already slammed the proposal as a “Trojan horse” for liberal priorities.

The administration’s messaging differs from its communications strategy for the coronavirus package. That measure was framed as a bill dealing with a public health and economic “emergency.” Biden was also adamant that direct payments not dip below $1,400 since Democrats successfully campaigned for the Georgia Senate runoffs on that promise.

Biden’s “American Jobs Plan” includes $620 billion to improve roads, bridges, and public transit, while investing in electric vehicles. Biden has allocated $580 billion to revive U.S. manufacturing and innovation through initiatives such as semiconductor production and mine redemption. His proposal, too, puts $650 billion aside for enhancing housing through broadband internet, lead pipe replacement, and electric grid modernization. And there’s another $400 billion for caregivers and services for seniors and people with disabilities.

Besides the clean energy projects, Republicans have come out against Biden’s suggestion to roll back Trump’s tax cuts, raising the corporate tax rate to 28%, and introducing a global minimum tax of 21% on U.S. entities. Biden has floated reforming tax breaks for fossil fuel companies as well.

Biden’s “American Jobs Plan” is the first installment of his “Build Back Better” legislative agenda. Another proposal to fund “social infrastructure,” such as healthcare, education, and childcare, is expected in mid-April.