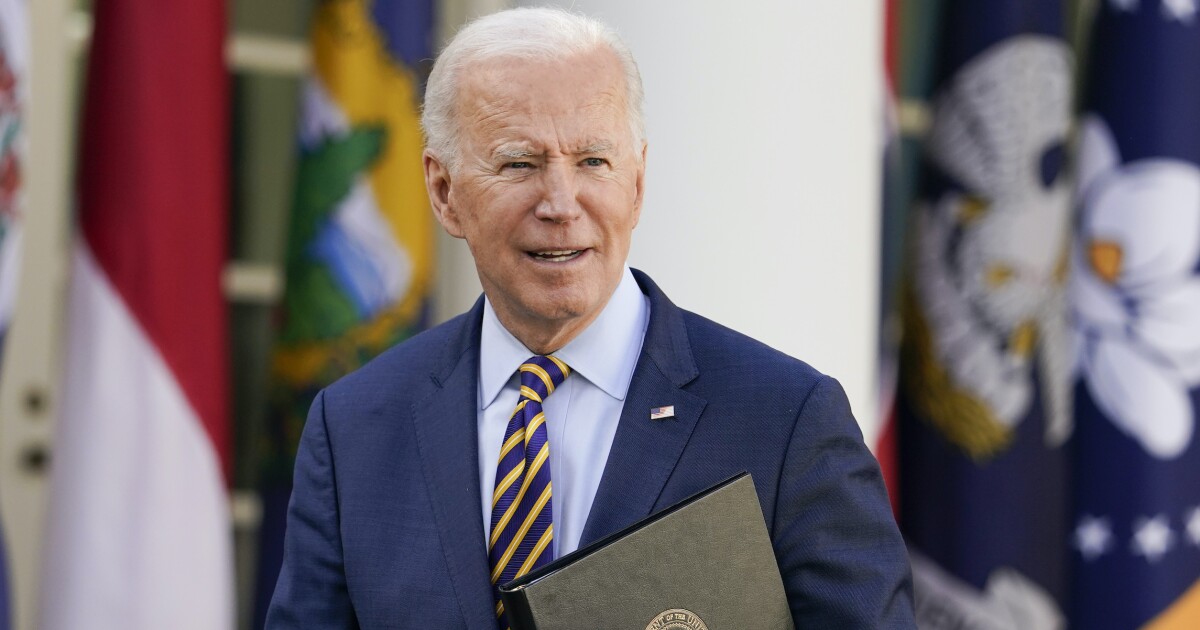 “This is not politics,” Joe Biden said last week. “Reinstate the mandate if you let it down.” Give him credit for consistency: When Gov. Greg Abbott ended Texas’s mask mandate last month, Biden called it “Neanderthal thinking.”

But maybe the Neanderthals got it right. COVID-19 deaths in Texas plunged in March, and as National Review’s Philip Klein points out, there’s no relationship between mask mandates and coronavirus levels.

Biden is clearly wrong on another point. This is not “not about politics.” America’s constitutional federal system, and the latitude both the Trump and Biden administrations have given to state governments, has produced distinctly different Democratic and Republican coronavirus policies.

Democrats have tended to impose mask mandates, to order the closing of restaurants and retail businesses, and to require distancing rules. Republicans have tended to push for full-time instruction in schools and to allow open-air gatherings in playgrounds and beaches.

Yes, there are exceptions here and there. But what’s most striking is the prevalence of partisan patterns. Look at the maps of school closings, mask mandates, and mask usage, and the partisan patterns are obvious.

The economic results are obvious, too. With more restrictions, Democratic states have seen higher unemployment and less economic growth than Republican states.

Why the partisan correlation? The answer is that different responses to a pandemic reflect different degrees of risk aversion, and political differences often reflect differences in risk aversion, as well. As economist Allison Schrager argues, welfare state protections have appealed to risk-averse traditional Democrats, while deregulated free markets have appealed to more risk-taking Republicans.

Women tend to be more risk-averse for obvious evolutionary reasons (they’re needed for species survival) and more Democratic and dovish; men, more willing to take risks, are more Republican and hawkish. There’s a reason every society protecting itself against attack has always depended on strong, aggressive, and utterly non-risk-averse young men.

One oddity of COVID-19 responses in the United States has been the one-dimensional perspective of liberal decision-makers. They claim to be following “the science,” but with a narrow focus.

To prevent the spread of a virus that is often asymptomatic and less lethal than influenza to people under age 65, they have imposed restrictions that have reduced lifesaving medical screenings and produced mental illness and stunted development among children and adolescents.

The economic and spiritual cost has been highest on their home turf. Manhattan has lost a half-million private sector jobs, has seen thousands of restaurants close permanently, and its concert halls and entertainment venues sit empty. The things that make New York and mini-Manhattans around the country attractive to an overwhelmingly liberal minority have suffered terrible damage.

The urge to close things down, however, has occasionally been suspended. Liberals who denounced spring breakers on Florida beaches were unfazed by tighter-packed “mostly peaceful” Black Lives Matter demonstrators last summer.

So, this one-dimensional risk-averseness starts to look like an urge to control the movements of others. It’s an urge that is visible in liberals’ enthusiasm for fixed-rail transit: ruinously expensive trolleys in central cities, California’s high-speed rail to nowhere. Rails control where people can travel and not let them go anywhere they want in their cars.

Some risk-averse policies resulted from an initial and inevitable ignorance about a novel virus. Unlike the flu, it’s not spread on surfaces; unlike colds, it’s not manifested among children; unlike Ebola, it’s not easily susceptible to contact tracing. But risk-averse decision-makers are reluctant to abandon any restrictions once they’re in place. The Centers for Disease Control and Prevention’s director says the CDC data “suggest that vaccinated people do not carry the virus.” But Biden wants mask mandates continued, and Dr. Anthony Fauci talks of double-masking.

We’re learning that risk aversion can go too far. A 5-mph speed limit could reduce vehicle deaths toward zero, and the closure of elementary schools would vastly reduce the spreading of colds. But too much risk aversion can be too risky.