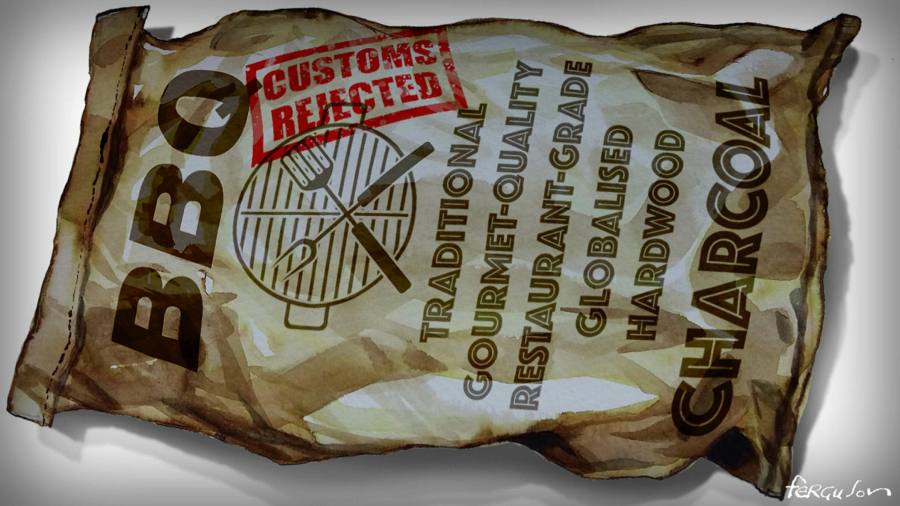 Visiting Europe this month, John Kerry, US president Joe Biden’s climate envoy, urged the EU to put off plans for carbon-related import tariffs and leave them for a “last resort”. Europe’s answer should be that for the climate, the last resort is where we are at, and invite Biden and Kerry to join rather than resist the initiative.

The European Commission has promised EU member states to publish plans for the so-called “carbon border adjustment mechanism” this summer. This reflects a brutal fact: such green tariffs are indispensable if Europe is to fulfil its ambitious commitments to a green economy. While many political battles remain unresolved, a new determination is manifest in the rapidly greening policy priorities of Europe’s national governments and EU institutions, including a growing willingness to bend the financial system to support a green transformation.

These ambitions mean it must become much more expensive to emit carbon. That is a matter of logic. A necessary condition for decarbonising any economy is that enough producers and consumers see a financial advantage in switching to low, zero or negative-carbon activities. This can result directly, from carbon taxes or rationed emissions permits, or indirectly, from intrusive quantitative rules specifying how much various activities are allowed to emit.

Some governments have already made a virtue of necessity and announced long-term carbon price paths to create transparent and predictable conditions for investment decisions. Canada plans to increase its federal carbon tax from C$30 ($24) to C$170 for emitting a tonne of CO2 in 2030; Norway aims for an even higher price of NKr2,000 ($230) in the same year. It is only a matter of time before the EU follows suit.

But such a strategy cannot be sustained without a CBAM. In a global economy, a local carbon price high enough to make a difference would simply move the most carbon-intensive activities elsewhere — known as “carbon leakage”. So far this has not been a big problem in most of Europe. The carbon emissions embodied in all consumed goods, including imports, are higher than emissions from production only. But in most big EU countries the gap has not been rising, as it would if carbon leakage was worsening (in the UK and Switzerland, however, the gap has grown).

This is bound to change once decarbonisation is pursued in earnest. Carbon leakage would make carbon pricing self-defeating, not just economically but also politically.

Already, climate policy is aligning unhelpfully with class and cultural conflicts. A policy seen to ruin European industry with no global climate benefit would trigger a backlash against the green shift that would make France’s yellow vest protests look like nursery tantrums. The continent’s populist insurrectionists, for now deflated by the pandemic’s demand for competence, would be back in force. Business interests could well be on their side.

It is therefore essential to make foreign producers face the same financial penalties for carbon emissions as EU producers. A CBAM does that. It can even be a pillar of green industrial policy by establishing market rewards for climate-friendly innovation. That is why traditional free-traders such as Sweden and the Netherlands, with their strong interest in innovative carbon-neutral steel and chemicals manufacturing, are in favour of the measure.

A well-designed CBAM would tax all imports on a level with the cost that producing the same goods would incur inside the EU. It would allow importers to offset any penalties from the source country’s own carbon pricing scheme. The most elegant solution would tie a tariff to the carbon cost from the EU’s emissions trading scheme. That should satisfy the World Trade Organization’s requirement to treat domestic and foreign producers equally. Automatically updating the tariff when the ETS rates change would discourage regulatory arbitrage.

The day after Kerry’s visit to Brussels, the European Parliament endorsed a CBAM that ticks these boxes. The commission should build on its proposal. But there are pitfalls. If you allow importers from a high-emission country a reduced carbon tariff for using green energy, for example, the country could game the mechanism by channelling its renewable power to exporters while reserving dirty power for home production.

Beyond the technicalities, the EU must embrace a CBAM as a geopolitical tool. The main function of a CBAM is to serve as an incentive for other countries to introduce their own carbon pricing, so that the mechanism does not apply between them. The more countries in such a “carbon club”, the greater the cost of standing outside it.

That is the prize the EU’s CBAM plan offers the US. Washington should jump on it by committing to a similar mechanism and a carbon club with Europe. Canada, Norway, the UK and others would without doubt join. It would fit hand in glove with Biden’s agenda to lift the US middle class through a green transition while countering opportunism by China.

In three weeks’ time, Biden will host a virtual global summit on climate change. That is the ideal time to announce a carbon club that everyone is welcome to join, and that those holding back from this generational challenge will not be allowed to freeride on.