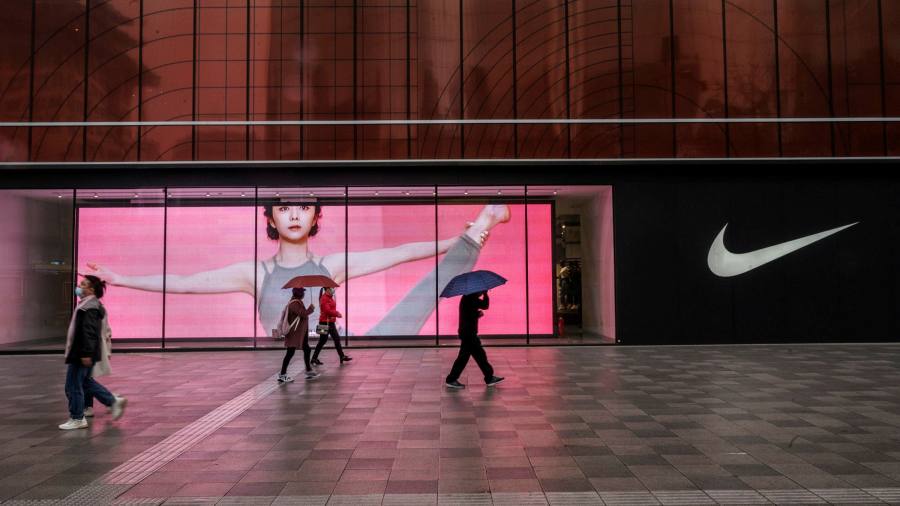 The writer, author of ‘Red Flags: Why Xi’s China is in Jeopardy’, is a research associate at the University of Oxford’s China Centre

Business risks for foreign companies in China are increasing after the recent exchange of sanctions between Beijing and western governments. The immediate problem is the row engulfing firms with a presence in or ties to Xinjiang province, amid allegations of forced labour, human rights abuses and genocide.

Many firms are getting embroiled in a debate about profit versus principle, probably forcing them to choose between aligning with the governance system propagated by China and that of their home countries.

Xinjiang accounts for over 80 per cent of China’s cotton output and for about a fifth of world consumption. It is rich in gas, coal, oil and mineral deposits. It is a manufacturing and assembly hub for sectors such as automobiles, electronics and technology. It is also a corridor for land- and rail-based trade into central Asia, the Middle East and Europe, as well as for oil and gas pipelines.

Scores of large foreign companies have a presence in Xinjiang. These include over 50 American firms listed in the Fortune 500. Almost 70 European firms listed either in the Euro Stoxx 50 index or in the Global Fortune 500 do business there. Moreover, according to the Australian Strategic Policy Institute, about 83 foreign and Chinese firms use some 80,000 Uyghur workers who have been transferred from Xinjiang to work in poor conditions in 27 factories in nine provinces.

Now many foreign companies may find themselves on the wrong end of corporate coercion in China, or of corporate governance in their own countries, or both. Corporate coercion occurs in China in a myriad of ways, most of which firms learn to manage. From time to time, though, it takes on an overt political tone.

In 2010 China acted against Norwegian salmon exports because of the Nobel Peace Prize award to dissident Liu Xiaobo, who died in 2017. In 2012 Beijing encouraged protests against Japanese companies as tensions rose over the disputed Senkaku Islands, known in Chinese as the Diaoyu.

Chinese regulators have targeted Marriott International, the hotel group, and other companies for using “illegal content” — that is, a failure to identify Taiwan as part of China. In 2019, Cathay Pacific came under pressure to fire employees who supported Hong Kong’s pro-democracy movement.

In the latest example, H&M, the Swedish clothing firm that announced it would stop sourcing cotton in Xinjiang, was removed from leading Chinese ecommerce, ride-hailing, mapping and other apps. It became the target of protests, boycott demands and social media abuse. The row has spilled over to include other brands, such as Adidas and Nike, with supply chain operations centred on China.

These spats have historically tended to peter out without longer-term commercial disruption. Yet firms would do well to consider if this time things will be different. The geopolitical backdrop is more volatile than at any time since companies started to flock to China. Business risk is inevitably higher. Furthermore, negative perceptions about China in liberal-leaning western democracies and in Asia are at record levels.

Yet, perhaps of greater significance for now, the corporate governance environment for many firms based in democracies seems to be undergoing a profound change. Environmental, social and governance goals look set to become increasingly significant in determining corporate behaviour, access to credit and other financial facilities, commercial positioning and shareholder returns.

In particular, social criteria such as the labour and community conditions in which firms do business will face growing scrutiny. If companies ignore allegations or findings about Xinjiang-related abuses, there may be adverse consequences for them and their shareholders. In some ways, it recalls the pressure on companies that did business with apartheid South Africa in the 1980s, or firms suspected today of egregious environmental neglect.

For foreign companies in China, the options seem delicately balanced. If they stand up for principles, they may put revenues at risk and will incur extra costs as they develop new supply chains. Yet if they prioritise their China profits, they could do irretrievable damage to their brands at home and in other markets, falling foul of shareholders and changing governance requirements. It is an invidious choice but the latter is likely to be far more damaging to longer term performance and earnings, and corrosive of trust in the brand.