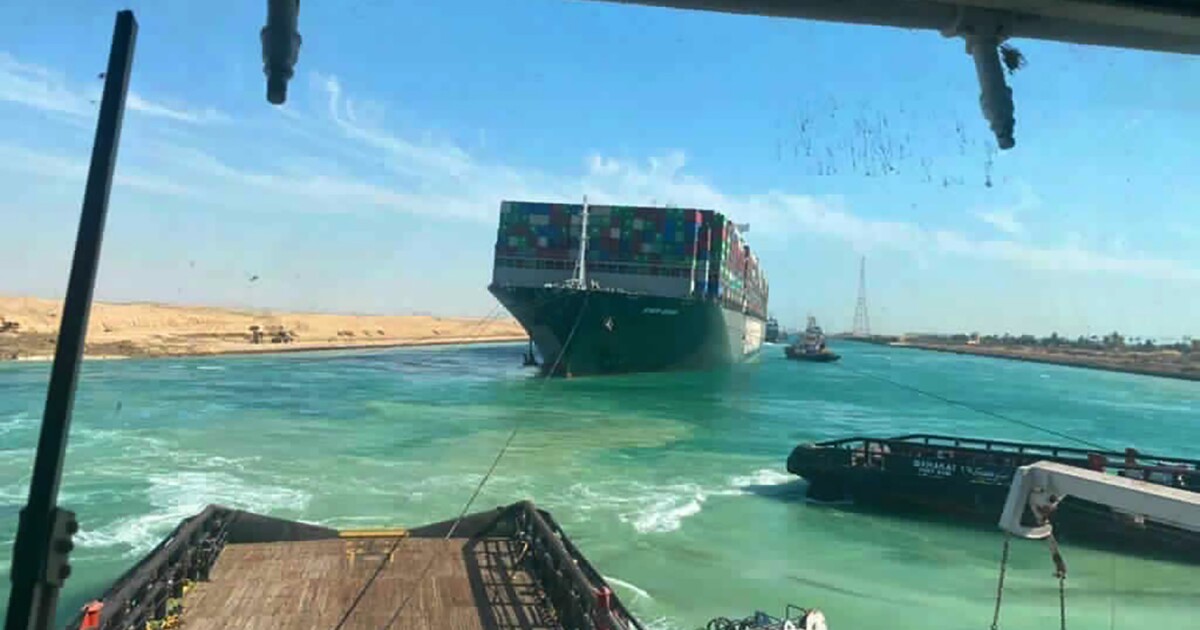 The massive container ship Ever Given was refloated in the Suez Canal Monday morning after the high tide from a full moon added a needed finishing touch to five days of dredging and tugging by an ever-increasing fleet of tugboats.

The ship ran aground last Thursday in the narrow waterway after it was struck by strong winds, which forced it into the shallow banks of the canal, effectively blocking a vital route of world commerce. About 70% of the world’s oil and well over 10% of the world’s commerce pass through the Suez Canal.

The slow-motion accident, which caused losses of $8 billion per day, has refocused attention on the vulnerabilities of this key waterway, which cuts two weeks off of shipping time on Asia to Europe sea routes. It has also forced a rethinking of global supply chains.

In recent decades, manufacturers have largely moved away from keeping large inventories in expensive warehouses, instead relying on timely shipping from suppliers abroad. But it comes with a risk. Any disruption can cause a slowdown of assembly lines. COVID-19 strained global supply lines, reducing the availability of everything from lightbulbs to pharmaceuticals to computer chips for cars.

The convenience of shipping containers has exacerbated the problem of supply chain disruptions. The system of modal transport allows products to be shipped in extraordinarily efficient ways. Containers can be stacked in huge numbers — the Ever Given was piled high with 20,000 of them — which are then placed on trucks or trains for shipment to the next destination, further reducing the need for inventories.

Monday’s freeing of the ship finally means that hundreds of other vessels left anchored on either side of the jam can proceed. But their sheer number, each awaiting its turn to navigate this chokepoint, means further delay and disruption, highlighting the industrialized world’s vulnerabilities to low inventories.