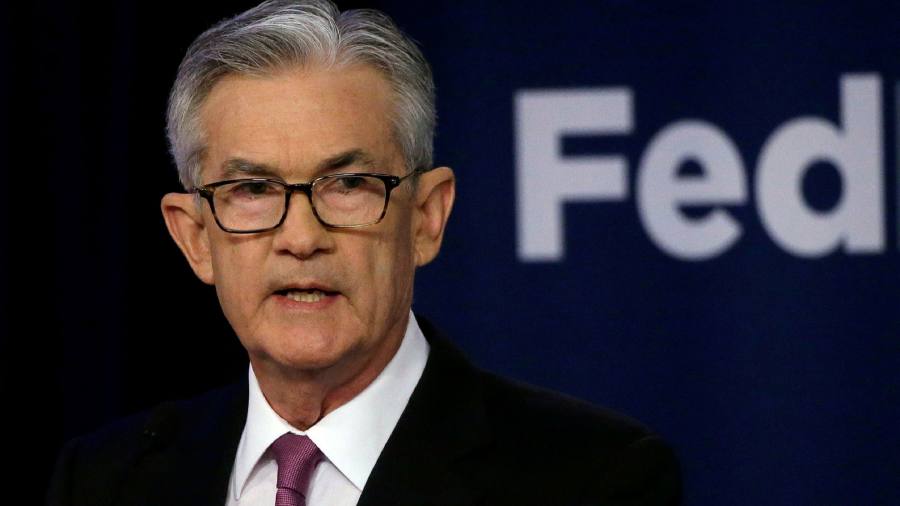 US Federal Reserve chair Jay Powell gives the impression of being a measured and cautious policymaker. But beneath the grey suit and mild manner is a man pursuing one of the highest-risk policy experiments in economic history.

Powell is betting that economic growth will come roaring back later this year as the economy reopens, but that inflation, after a brief overshoot of target, will fall obediently back to about 2 per cent and stay there. Thus, there is no need to lift rates this year, or next, or the year after. Only in 2024 does Powell foresee the need for the first hike.

In Powell’s outlook, a 2021 growth rate of 6.5 per cent and unemployment of 4.5 per cent coexist with full-on monetary stimulus, complete with zero interest rates and yearly Fed asset purchases of $1.4tn. If this policy stance seems incongruous, that’s because it is.

First, the risk-reward of his experiment is wholly asymmetrical, skewed hugely to the downside. If Powell is right, it is unclear what the reward will have been. The downside, however, is incalculable: an entrenched inflation such as we have not known in decades and the need to slam on the brakes through aggressive rate tightening. Given how inflated asset prices are, the bust that would follow would probably be unusually severe and protracted.

Second, the level of inflation vigilance on the part of a Fed chair is a critical component in keeping inflation expectations firmly anchored. An old Wall Street adage states than when the Fed chair starts to panic, investors can relax. Here we have the reverse. Powell’s relaxed stance towards inflation shifts the worrying on to markets.

It is no surprise that in reaction to Powell’s blithe dismissal of the inflation risk, expectations of that (as measured by the gap between nominal 10-year Treasury bonds and inflation-linked debt) leapt ahead to yet another new high in the wake of this month’s policy meeting and press conference.

Third, Powell has repeatedly stated, as cause for his relaxed stance, that inflation has surprised on the downside since the 2008 collapse. This, of course, is true, but perhaps not so relevant. Economists have only recently come to appreciate to what extent fiscal policy was a drag on both growth and inflation during the decade that followed the financial crisis.

In contrast, total pandemic spending, inclusive of the just-passed $1.9tn package, now exceeds $5tn, five times the amount of fiscal spending directed at the recession of 2008-2009.

How does one incorporate into forecasts the impact of the biggest peacetime fiscal stimulus in American history, equal to 25 per cent of gross domestic product? Because there is no precedent, it is extremely hard to do with any precision. Common sense suggests risk of a mighty boost to inflation, far above the Fed’s 2.4 per cent projection for 2021.

Does this incredibly elevated level of economic uncertainty not call for maximum policy flexibility?

Fourth and finally, Powell should be especially distrustful of himself and his own judgments, for he has first-hand experience in applying the wrong policy prescription. It’s worth reviewing his late 2018 policy blunder for insight into the current situation.

Powell inherited an interest-rate tightening cycle from his predecessor, Janet Yellen, who first bumped up rates in December 2015 and then waited a full year to pursue three more quarter-point tightenings before again pausing. It was a gentle tightening cycle. In October 2017, Yellen deemed the economy strong enough to replace Fed asset-purchase tapering with outright monthly selling of the Fed’s bond holdings.

But the tightening of Yellen turned aggressive under Powell, who became chair in February 2018. He raised rates at each of his first four policy meetings and famously told journalists in December 2018 that the bond-selling program was on “automatic pilot”. Markets subsequently went into a tailspin.

What looked to Powell like an inflation threat in 2018 turned out to be a mirage. The lesson learned should have been how difficult it is to spot changes in the economy, how fallible we all are, how murky the field of economics is.

The point is not to rub the 2018 policy error in Powell’s face. Misreadings of the economy are routine, which circles back to my main point. With so little known about the dynamics of consumer price changes, there is no need for the Fed to make multiyear promises to hold rates at zero. It’s time to start the conversation about monetary tightening.