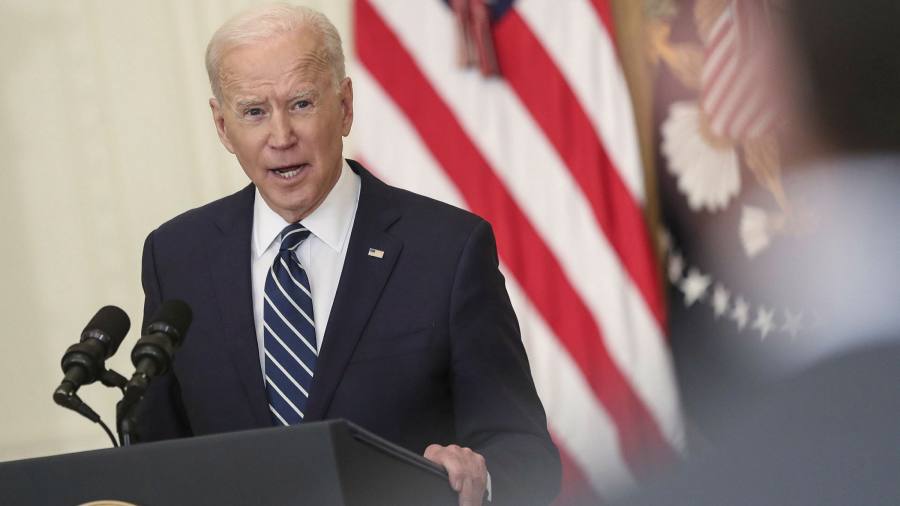 The UK has urged US president Joe Biden to back away from a tit-for-tat tariff war over Britain’s imposition of a “digital services tax” that will hit Silicon Valley tech companies.

Instead, Truss said the US should engage in international efforts to agree a “fair” way to tax multinational tech companies. “We don’t believe that tariffs are the answer to resolving issues,” she said.

Speaking to the FT, Truss said the Biden administration’s threat of retaliation did not come as a surprise, but she said: “I would urge them to desist from any tariff raising.”

Britain, which holds the rotating G7 presidency, is hoping that the Biden administration will agree to a new global system of digital taxation — a process which is being led by the OECD.

But, frustrated at slow progress with the OECD, Britain introduced its own limited digital services tax in April 2020, which is expected to raise around £400m a year by next year.

The 2 per cent tax applies to the revenues of search engines, social media services and online marketplaces which derive value from UK users; it will fall most heavily on large multinational companies.

On Friday Katherine Tai, Biden’s trade official, said the US remained committed to reaching an international consensus through the OECD. “However, until such a consensus is reached, we will maintain our options under the Section 301 process, including, if necessary, the imposition of tariffs,” said Tai.

With talks on a global approach reaching an impasse during Donald Trump’s presidency, the British government believes the Biden administration is more keen to reach a solution.

In late February, Janet Yellen, US treasury secretary, told G20 finance ministers that Washington would drop a safe harbour rule that would allow American companies to opt out of paying a global digital tax overseas.

With Yellen showing some flexibility on the various proposals for a global approach, one UK Treasury official said: “We want to give it a bit more time.”

France, Spain and Italy are among the other European countries to have implemented some form of digital tax. A UK government spokesman said Britain would “consider all options to defend UK interests and industry” if the US followed through on its threat of tariffs.

If a global digital tax is implemented, Britain has said it will repeal its own 2 per cent tax.

The imposition of unilateral digital taxes by various countries causes a difficulty for Biden, who faces widespread opposition to other countries aggressively taxing US tech firms on Capitol Hill from both Democrats and Republicans.

US tech companies are already having to pay taxes, or set aside money to pay forthcoming taxes, from several countries. Washington has repeatedly said that unilateral tax measures unfairly discriminate against US companies.

Along with moving ahead to consult on proposed tariffs for UK goods, the US has launched consultations on tariffs for Austria, India, Italy, Spain and Turkey. It also terminated investigations into Brazil, the Czech Republic and Indonesia and the EU on grounds that none has adopted or implemented digital taxes since the US probes were opened.