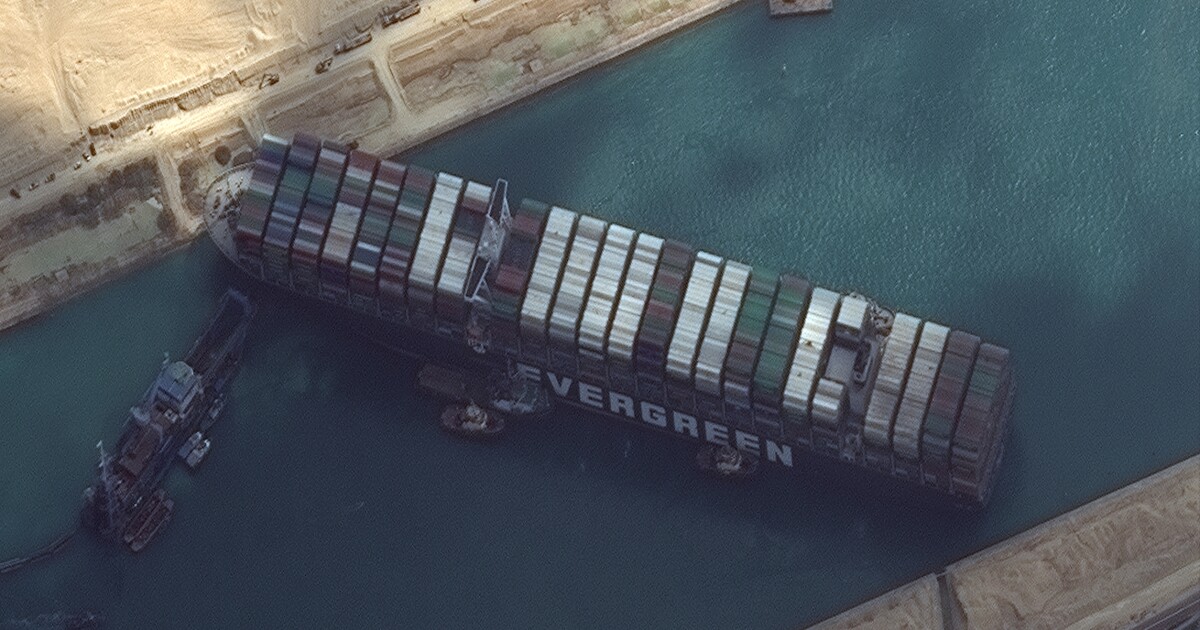 An Egyptian official is optimistic about getting the trapped Ever Given cargo ship out of the Suez Canal over the weekend as the ship continues to hold up navigation through a key global trade route.

Mamish, who used to head the Suez Canal Authority, said that based on his experience, he was confident in his prediction, adding that he knew “every centimeter of the canal” despite longer timelines given by some working on the operation who said it could take weeks to dislodge the vessel, according to Agence France-Presse.

Marine traffic has been blocked through the Suez Canal, which is the shortest maritime route between Asia and Europe, since Tuesday, causing concerns about the slowdown of the global economy.

Navigation through the critical waterway would be “temporarily suspended” until the massive vessel can be removed, the Suez Canal Authority announced earlier in the week.

The Biden administration offered U.S. assistance to Egyptian officials to help them free the ship to prevent an uptick in energy costs.

The blockage is estimated to be costing roughly $400 million an hour in trade. About 12% of global trade moves through the Suez annually.