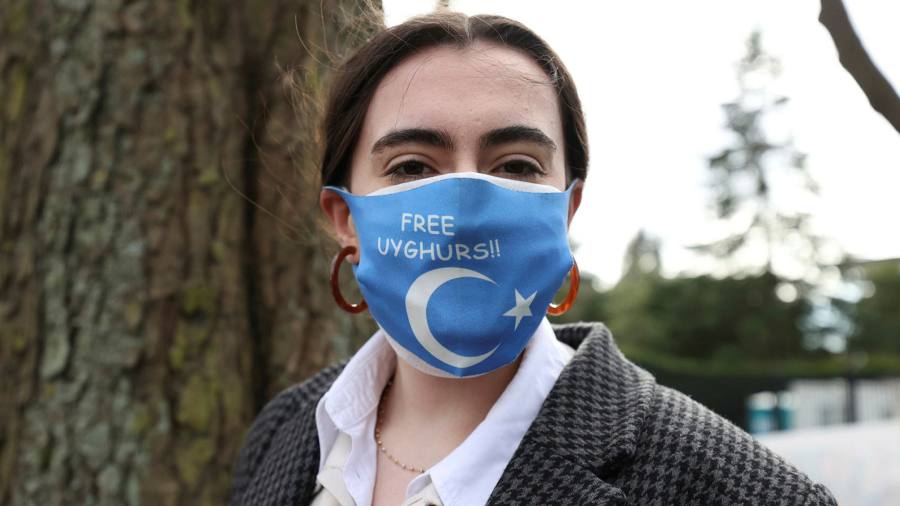 The past week’s bust-up between China on the one hand, and the EU, US and their allies on the other, has served to crystallise a number of issues previously clouded by uncertainty.

That uncertainty stemmed from the EU’s decision to initial an investment treaty with China just before the new year. This raised two big questions. Was it, as many European critics claimed, a diplomatic blunder by the EU to give China a diplomatic victory just when the incoming team of US president-elect Joe Biden was dropping heavy hints it would prefer that the Europeans waited for it to take office to forge a common approach to Beijing?

And, second, did it pull the rug from under any pretence of European “strategic autonomy” vis-à-vis China? Signing the deal just days after Beijing’s dictatorial crackdown on dissidents in Hong Kong certainly suggested an amount of European callousness in the pursuit of commercial interests. Beyond that, it was legitimately argued that if the deal was implemented, it would raise the cost to Europe’s economies of challenging Beijing on social and human rights grounds, such as its oppression in Hong Kong and forced labour of Uyghur citizens in Xinjiang.

Against this, the more optimistic take (which I wrote about) highlighted how the EU was equipping itself, both in the investment deal and unilaterally, with legal tools to put pressure on China. A lot hinges on the EU’s domestic and external political economy incentives to make use of them.

If the past few days are anything to go by, Europe and the west are more match fit than the worst pessimists would have it.

The placing of sanctions on Chinese officials responsible for the persecution of Uyghurs was co-ordinated between the EU and the US, with the UK and Canada also taking part. (The EU could, however, usefully join US sanctions for abuses in Hong Kong, too.) And this co-ordinated stance does not look like a flash in the pan. The Biden administration has gone out of its way to mend fences with Europe after the Trump years, with secretary of state Antony Blinken arriving in Brussels this week to reestablish a US-EU dialogue on relations with China.

This proves that December’s investment deal has not torpedoed a close transatlantic relationship over China. The unity of interest between Europe and the US runs much deeper than that.

For now, at least. But what happens next? The hope of the optimists was always that the EU would find the political gumption to hold China to high standards, whether in deciding whether to ratify the investment deal, using the legal tools it provides, or more generally taking autonomous measures to promote its values against a power it recognises not just as an economic competitor and a potential partner on issues such as climate change, but as a “systemic rival”. With the new sanctions, the EU has just done so. The question is whether it will continue.

Ironically, Beijing’s own reactions make the answer more likely to be “yes”. By slamming counter-sanctions on MEPs, academics and analysts, Chinese authorities have made it politically impossible for the EU to ratify the investment deal unless they retreat. If this is how Beijing deals with what it sees as losing face, it just puts itself in a situation of having to lose face twice to get back to where it was.

Behaviour such as the childish habit of having official spokespeople taunting western leaders, or the tirade delivered by Blinken’s Chinese counterpart Yang Jiechi at last week’s meeting between the two, also makes any rapprochement harder.

For now, then, EU countries have dispelled suspicions that European business opportunities will always trump European values in dealing with China. Europe has a limit, though much now depends on how tight that limit will be drawn. But this is yet another clear sign that the bloc is willing to subordinate traditional trade policy to strategic imperatives. Furthering or maintaining integration with China will not happen at any cost.

Much more depends on what China will do. Running through all the big geopolitical challenges ahead is the pivotal question of whether Beijing is prepared to see a degree of economic decoupling between itself and the west as a price worth paying for resisting western pressure.

The answer has obviously been “yes” in its dealing with smaller partners. Beijing’s bullying of Australia, or freezing out Norway after dissident Liu Xiaobo got the Nobel Peace Prize, illustrates China’s perfect willingness to cut off economic ties with critics. But this is costless to an economy of its size. It is a different matter against the US or the EU, let alone the two together. Beijing did, after all, strike a trade deal with Donald Trump when he was president. And its attempt to divide EU member states through the 16+1 initiative shows that it fears EU unity against it.

It is true that China’s leadership is aiming to shift its economy to a more self-sufficient model. Its economy’s overall trade intensity is not as strong as a decade ago, though still stronger than that of the US. A central part of President Xi Jinping’s dual circulation strategy is to boost the domestic economy’s ability to power itself. But the key word remains “dual”. As the recent signing of the Regional Comprehensive Economic Partnership trade agreement shows, Beijing’s economic strategy is not isolationist. Dual circulation should not be seen as decoupling the domestic economy from the global one, but rather as trying to hitch international economic activity to China’s domestic economic drivers rather than the other way round, as has been the case until now.

Any serious degree of decoupling would hurt this strategy. So would even a brake on deeper integration, especially in the new growing fields of connected technology and digital services. But these are precisely the areas where the west can prevent as deep an integration with China as we have seen in conventional trade, depending on Chinese behaviour. Are they willing to do so? My hunch is yes: unlike China, they have experience of being less globalised but still rich. As Beijing is acutely aware, China is still not a rich country. It needs the west more than the west needs it.