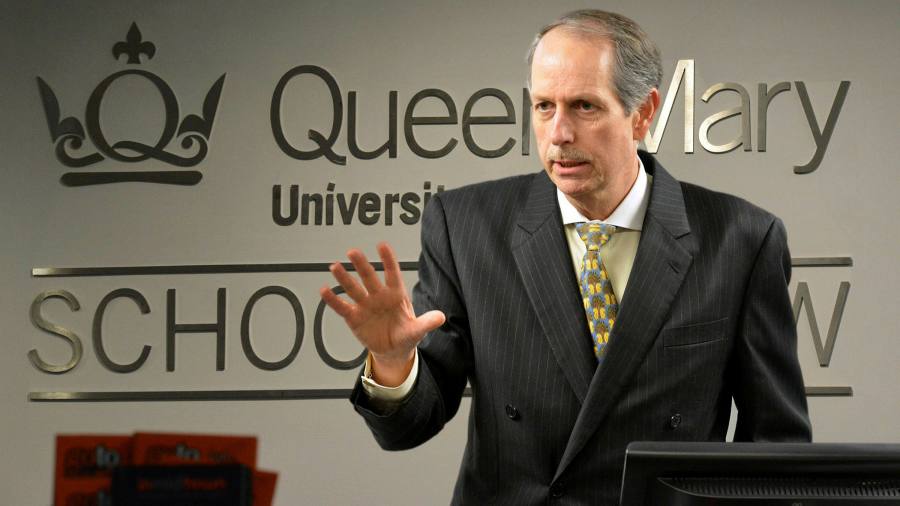 Many countries, developed and developing, entered 2020 with government debt at historically high levels. The Covid-19 pandemic made things worse, much worse.

The World Bank estimates that roughly $10tn has been added to sovereign debt stocks since the beginning of 2020, representing 12 per cent of world gross domestic product in 2020.

For some emerging market countries, public debt has reached an unsustainable level. The IMF and World Bank reckon that more than 36 (out of 70) low-income developing countries are either in debt distress or “at high risk” of being so.

Several of these countries have already announced an intention to seek a restructuring of their foreign currency-denominated debt. Others will surely follow as this year progresses.

The question of the hour is what form these post-Covid sovereign debt restructurings will take. Will they, as the wags like to say, be extend and pretend exercises in which maturing debt is simply pushed off to some date in the future or will the restructurings result in actual reductions in the size of the affected debt stocks? Probably the former.

All lenders, government and commercial, loathe debt write-offs. Deferring the repayment of a loan, even a deferment to the 12th of Never, is often more palatable than an outright principal “haircut”.

Simply stretching out the repayment profile of a bloated sovereign debt stock without reducing the aggregate size of those liabilities risks becoming a temporary fix.

For so long as the debtor country is perceived to be groaning under an unsustainable debt-to-GDP ratio, it will struggle to attract the new investment and lending that will be needed to restore economic growth.

There may be alternatives to seeking outright principal haircuts in post-Covid sovereign debt workouts. One might involve giving the debtor country the option to discharge a portion of its restructured external liabilities by paying the equivalent amount in local currency to fund environmental and conservation projects within its own territory.

These debt projects could be structured and monitored by multilateral bodies or non-government organisations. They could support measures such as conservation easements, marine protection, fossil fuel substitution projects and so forth.

The mechanics are straightforward. Take, for example, a restructuring of the external debt of the fictional Republic of Ruritania.

The relevant creditors (bilateral or commercial) would agree that Ruritania may elect to discharge a percentage of principal and interest payments due on the restructured debt by funding, in local currency, an environmental conservation project in the country. The structure and monitoring for the project would be preapproved by the creditors.

The creditors would not be cancelling or writing off any part of their claims. An illustration: if $100 is due as an interest payment on restructured Ruritanian debt, $80 is paid to the creditor and the equivalent in Ruritanian currency of $20 is paid to fund a conservation easement over the Ruritanian rainforest.

The benefits to the debtor country lie in the ability to discharge a portion of the country’s foreign debt obligations with local currency, as well as in the promotion — effectively with creditors’ money — of local environmental conservation projects.

The creditors would realise a number of benefits. First, a debt restructuring with a feature of this kind improves the debt dynamics of the country without the need for outright principal haircuts. And the whole point of any sovereign debt workout from the creditor’s perspective is to improve the collectability of the balance of its claim.

Second, a loan in which the debtor can discharge a portion of its obligations by funding local projects in local currency is a loan less likely to attract political or social resentment in the debtor country. It is thus less likely to be a candidate for another default and restructuring in the future.

Third, depending on the rules in the lender’s home jurisdiction, there may be tax or regulatory benefits to diverting a portion of loan receipts to fund a project of this kind.

Fourth, a recycling feature transforms a sovereign debt restructuring into a vehicle for acquitting the environment, social and governance aims now embraced by many institutional investors. Finally, it is the right thing to do and the right time to do it.

Mitu Gulati, a professor at Duke University, contributed to this article