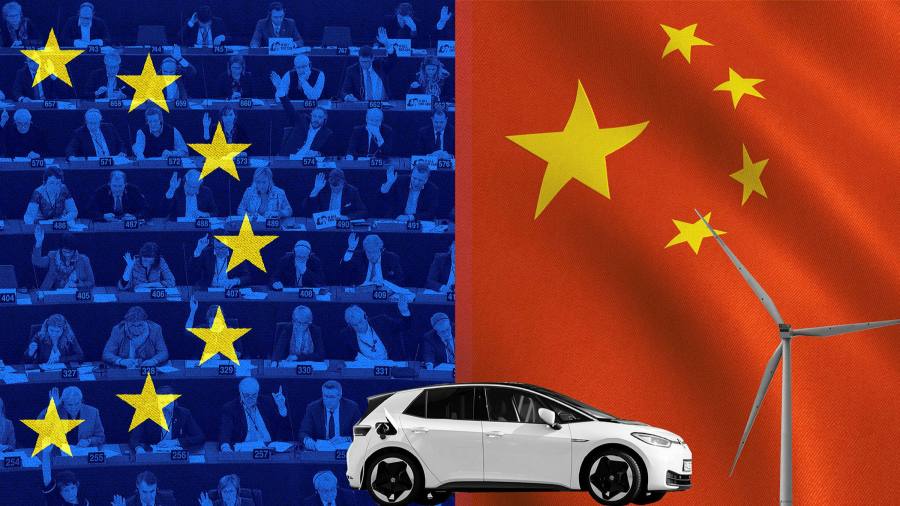 The EU’s trade policy chief has warned that China’s decision to escalate a sanctions row risks imperilling a market-access deal meant to be the cornerstone of future relations between Brussels and Beijing.

Valdis Dombrovskis, the EU’s trade commissioner, said that the fate of the freshly negotiated EU-China Comprehensive Agreement on Investment — or CAI — was tied up with the diplomatic dispute, which erupted this week.

“The prospects for the CAI’s ratification will depend on how the situation evolves,” he explained. “The ratification process cannot be separated from the evolving dynamics of the wider EU-China relationship.”

The European Commission was already navigating choppy political waters over its decision last year to agree an investment treaty with Beijing — a move that has been attacked by human rights groups as placing the interests of business ahead of fundamental values. But the deal’s fate is even more uncertain following China’s decision on Monday to place sanctions on members of the European Parliament, the assembly that must decide whether the deal should ever take effect.

“The EU has been making every effort to foster a balanced, rules-based economic relationship with China, and the CAI was a major step in that direction,” Dombrovskis said. “But our trade and economic agenda has European values at its core: pursuing our economic interest goes hand in hand with standing up for our values, including where necessary through sanctions.”

While the politics of the CAI become ever more complicated, the economic rationale for the EU of concluding it has always been clear. It has been a long-term goal of the EU’s policy towards Beijing.

The bulk of the deal, struck at the end of last year, is focused on opening up investment opportunities for EU companies operating on the Chinese market — addressing longstanding complaints about unfair treatment, and warding off the risk of EU firms operating in China at a disadvantage compared with US rivals. Specifically, it offers possibilities for European companies to increase production in promising fields such as electric cars, while eliminating requirements in some sectors to partner with local firms.

But the European Parliament’s large centre-left Socialists and Democrats group has already made clear that ending the sanctions against the parliament is a “precondition” for work on ratifying the investment agreement to advance. MEPs point to the political impossibility of the parliament voting through an economic pact with a country actively attacking its members.

Even before the current row, MEPs involved in the process had emphasised that ratification would hinge in part on China providing a “road map” for implementing international conventions against the use of forced labour, and engaging with other EU human rights concerns.

Brussels secured commitments from China in these areas as part of the deal, but critics have argued that they do not go far enough.

Iuliu Winkler, lead MEP on China for the parliament’s trade committee, told the Financial Times that China’s decision to retaliate in the sanctions dispute amounted to “a regrettable escalation”.

“What I hope is that diplomacy will find a way of de-escalating,” he said. “We need to build some trust, for the moment there is none between the parties.”

China announced the sanctions on Monday as retaliation against travel bans and asset freezes imposed on four Chinese officials and a security organisation because of persecution and mass internments of Uyghurs in the Xinjiang region. The moves were a co-ordinated step by the EU, US, Canada and UK, prompting a furious response from the Chinese government.

China’s foreign ministry announced on Tuesday that it had summoned the UK ambassador and the EU delegation representative the previous night to admonish them over the sanctions.

“When it comes to human rights, the EU has no qualification to take the mantle of a master who arrogantly lectures others,” deputy foreign minister Qin Gang told EU ambassador Nicolas Chapuis, warning that the sanctions would further damage EU-China relations.

The Chinese retaliatory sanctions hit outspoken critics in the parliament of Beijing’s human-rights violations, including five MEPs — among them Reinhard Bütikofer, chair of the assembly’s delegation to China, and Raphaël Glucksmann, chair of a special committee on “Foreign Interference in all Democratic Processes”. The measures ban them from entering China or “doing business” with it. The parliament’s human rights committee was also targeted.

Winkler and other MEPs insist that there is time to salvage the situation before the real ratification process for the agreement gets under way — a step that is unlikely until late this year given the need to translate the agreement into all of the EU’s 24 official languages. But that would require China to lift sanctions and pivot to constructively addressing EU concerns.

Inma Rodríguez-Piñero, lead MEP on China trade issues for the parliament’s large centre-left bloc, told the FT that “there is time enough in order to redirect the situation”.

“I don’t believe either China or the EU wants this escalated situation,” she said, adding that “now is time to wait,” for diplomacy to run its course.

On paper, the benefits for China of the investment deal are largely confined to limited and reciprocal access to the EU market for renewable energy.

But EU diplomats have noted that the real attraction for Beijing was the political upside: the deal offers the potential for an improved relationship with the EU at a time when the US is seeking to put co-ordinated pressure on China, and when Brussels is readying new methods of retaliation against unfair or exploitative trading practices.

“In the short term, China’s biggest consideration is to let Europe remain neutral in the US-China dispute, so the CAI is more like a carrot that China has offered. Between China and Europe, it’s easier for Europe to let go of the CAI,” said Bo Zhuang, chief China economist at TS Lombard in Beijing.

Despite the incentives for both sides to push the deal through, EU politicians acknowledge that its fate hangs in the balance.

“CAI is not on the table now,” said Winkler of the ratification process. “There is a long road leading there — along that path China has to respond to the expectations of the European Parliament”.