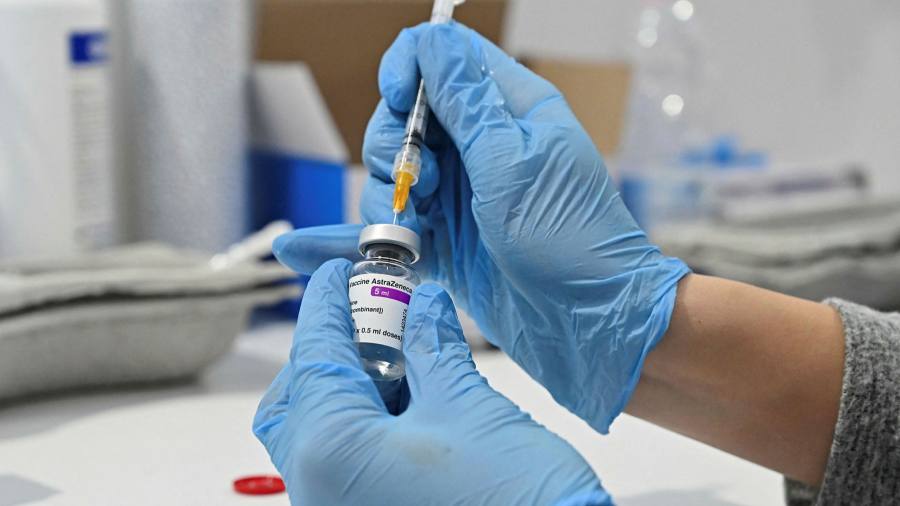 The fate of 29m AstraZeneca vaccine doses in Italy sparked finger pointing and recriminations on Wednesday as the EU warned that the company was far short of meeting its latest supply target.

The European Commission called on AstraZeneca to explain the origin and intended destination of a stockpile identified by Italian authorities at the Anagni finishing plant, while some EU officials asked if the active ingredients in the doses had come from a Dutch facility as yet unlicensed to supply to the bloc.

AstraZeneca said it was “incorrect” to describe it as a stockpile, adding that the doses were waiting for “quality control” processes to be completed before being released.

Approximately 13m of the doses were destined for the international Covax scheme that distributes mainly to poor and middle-income countries. Those doses were made with vaccine drug substance manufactured outside the EU, the company said.

The remaining 16m jabs were due to be dispatched to EU countries, with almost 10m doses earmarked for delivery during the last week of March, and the rest in April, it added. “The process of manufacturing vaccines is very complex and time-consuming. In particular, vaccine doses must wait for quality control clearance after the filling of vials is completed.”

The mistrust over the vaccine doses at the factory near Rome highlights the near-complete breakdown in relations between the EU and AstraZeneca, whose low-priced jab was supposed to be a cornerstone of the bloc’s troubled immunisation drive.

“Europe doesn’t want to be a useful idiot in all this,” said an official from France, which has been at the forefront of a push for tougher vaccine export controls floated by the commission.

Valdis Dombrovskis, EU trade commissioner, said on Wednesday AstraZeneca was far short of delivering even a quarter of the maximum 120m doses originally targeted by the end of March in the company’s contract with the commission last year.

“They are promising to be able to deliver 30m doses but they are not even close to this figure as of today,” he told reporters.

AstraZeneca says it has made “best efforts”, as required by the contract, to meet the EU delivery schedule, adding that the timetable has been hit by low product yields at a plant in Belgium.

Italian authorities identified the 29m doses after the commission ordered an inspection of the plant on Saturday, the Italian government said.

Some EU officials suspect that some of the vaccine drug substance used to make the doses could have originated from a much-scrutinised plant in the Netherlands contracted to make the active ingredients for AstraZeneca. The Halix plant has been unable to deliver to the EU because it does not have authorisation from the European Medicines Agency. The company has insisted the approval process is “on track”, but commission and EU member state officials have asked why it hasn’t been completed already.

In its statement, AstraZeneca did not clarify the source of the drug substance in the 16m EU-bound doses at Anagni.

The supply from the Halix factory is at the centre of a row between the EU and UK, which both want part of the production from the plant. The European bloc has refused, underlining that no vaccines have ever been shipped from AstraZeneca’s UK plants to help alleviate shortfalls in the rest of Europe.

EU member states, whose Covid-19 vaccination programmes have been outpaced by those of the UK and the US, are particularly worried about a public backlash because European factories have exported millions of doses to foreign markets.

Video: Covid-19 and the business of vaccines