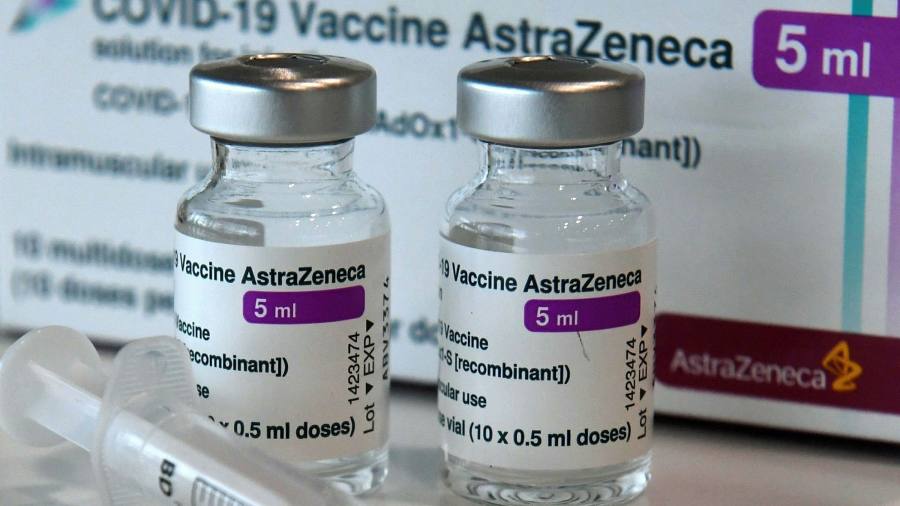 Brussels plans to expand the EU’s capacity to stop coronavirus vaccine exports in supply disputes such as its escalating battle with the UK and AstraZeneca.

The European Commission proposals would widen the basis for curbs against jab-makers that miss delivery targets and countries that import from the EU but refuse to export their own vaccine production, officials said.

The plans, due to be unveiled on Wednesday, are intended to strengthen the European bloc’s ability to ease the vaccine supply squeeze it has suffered at home, while exporting tens of millions of doses to the rest of the world.

The measures could increase pressure on the UK in its AstraZeneca supply spat with the bloc, as the new proposals could in principle allow the EU to stop shipments of BioNTech/Pfizer and Moderna vaccines made in the bloc to Britain.

EU officials stressed the proposed export measures were drawn up to give the bloc maximum flexibility to deal with existing problems and future disputes with vaccine makers or other nations. As part of the rules, the list of countries that are exempt from the export regime will be scaled back.

The move to inject what the commission terms “reciprocity and proportionality” into the vaccine trade reflects a hardening of the mood in member state capitals as the EU’s immunisation drive lags behind those of the UK and US.

The commission’s proposals are due to be discussed by EU leaders at a video-summit this week that will focus on efforts to accelerate the bloc’s response to the pandemic as some countries are hit by a third wave.

The Brussels plan builds on a Covid-19 export control regime launched in January to give member states and the commission powers to block vaccine exports by companies that have failed to meet their supply commitments to the EU. Italy used the controls to stop the export of 250,000 doses of the Oxford/AstraZeneca drug to Australia at the beginning of March.

The expanded export controls could also be used to block exports to countries with higher vaccination rates than the EU or where countries were using supplies from the European bloc to serve “vaccine tourists” who fly in to get the shot, officials said. The measures would remain discretionary with no automatic bans on any shipment, they stressed.

Maros Sefcovic, the commission vice-president who oversees relations with the UK, told a press conference on Tuesday that the EU’s partners needed to understand that the bloc wanted to have its “fair share” of vaccines made on its territory.

While 70m doses of vaccine had been delivered within the EU, 41.5m had been exported to 33 countries, he said, adding that the bloc was inviting its partners to be as “forthcoming, as transparent, and as open as we are”.

The move will be seen as a particular swipe at London, which has failed to send any AstraZeneca vaccines to the EU even as the bloc exported more than 10m doses of rival jabs — mainly Pfizer’s — to Britain over the past two months.

“The current export mechanism has shown everybody that we are the first exporter of vaccines in the world. It has also become clear that Europe is alone in this partnership approach,” said Manfred Weber, the head of the powerful European People’s party group in the European Parliament.

“Therefore, we should now take the next step, and strengthen our restrictions and limit exports to other vaccine producing countries that have refused to deliver vaccines to Europe.”

He warned that if the UK continued to refuse an “open markets” approach to vaccines, the EU should go further by introducing a “general export restriction” for all vaccines produced in the EU.

In response to questions about the proposed measures a spokesperson for Boris Johnson, UK prime minister, said Britain expected the EU “to stand by its commitment not to restrict exports by companies that are fulfilling their obligations”.

Johnson, earlier on Tuesday, told a Downing Street press conference that vaccine production was an “international operation, produced by collaboration between international scientists”.

“In this country we don’t believe in blockades of any kind of vaccines or vaccine material,” he said. “That’s something this country won’t dream of engaging in.”