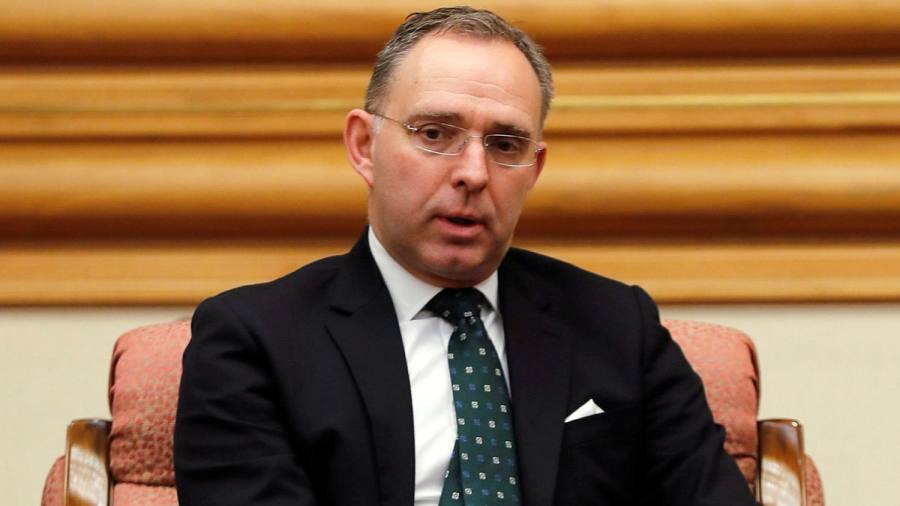 Mark Sedwill, the former UK cabinet secretary, has warned the west against going down the “risky path” of protectionism, including in vaccines, as he draws up a G7 plan to boost economic resilience.

Sedwill, charged by Boris Johnson with writing a report on the issue for the G7 meeting in Cornwall in June, argued that the Covid-19 crisis should not be the moment for the west to retreat behind national borders.

Britain’s top civil servant from 2018-20 instead said that like-minded countries should co-operate to build resilient supply lines: “My own view is that the benefits of globalisation clearly outweigh the risks.”

His report to the G7 comes at a crucial time as the west grapples with the technological rise of China and how to secure vital supplies during crisis periods, such as the Covid-19 pandemic.

Sedwill admitted that the “impetus to protectionism, self-sufficiency, self-reliance is strong” but that the G7 needed to find a way of preserving the gains of globalisation while addressing its weaknesses.

In an interview with the Financial Times, he said the EU’s threat of an export ban on vaccines was “a risky path to start following”.

“They might think it’s going to solve their immediate issue,” he said. “But in the longer term, it means that countries will not have access to the range of, in this case vaccines, that might be available.”

Sedwill was removed from his civil service job last year at the height of the pandemic; Johnson gave him a seat in the House of Lords and a role in the G7 summit preparations.

The US election of Joe Biden has reinvigorated the G7 and Sedwill said he wanted his panel on economic resilience to give leaders “something to get their teeth into”. An OECD report, commissioned for the G7 and published on Tuesday, will inform its work.

While Sedwill said that reshoring of crucial supplies will happen in some areas, for example Britain has built up its own production of medical protective equipment, “it is not an option” for most of the economy.

Sedwill’s G7 panel will discuss how leading democratic nations can diversify and strengthen supply lines in areas such as medical supplies, semiconductors and critical minerals.

He was in the room when Johnson, under pressure from Washington, reversed his decision to give Chinese telecoms company Huawei a key role in Britain’s 5G network, an issue that exposed the shortage of alternatives.

Sedwill said the answer was not to promote new national versions of Huawei but for like-minded countries to co-ordinate regulatory reforms and market interventions to foster diversity in the market.

If democratic nations had alternatives to Chinese technology, they would not have to cut China out of their supply chains and instead could try to bend Beijing towards their values, Sedwill added.

“If you have a viable alternative then you can say, in this case to the original source of supply, these are the standards and norms that we insist upon. We have an alternative should you not be willing to comply with this.”

Britain has previously turned to its “Five Eyes” security partners, the US, Canada, New Zealand and Australia, to provide alternatives to Huawei; now there is talk of a D10, the traditional G7 powers plus India, South Korea and Australia, which have been invited to the Cornwall summit.

“Of course, the immediate question then is: what about the 11th or the 12th member? There will be others who would, very naturally be part of that alliance,” Sedwill said.

“Personally I’m a bit sceptical about new groups with a capital letter at the beginning of them. They essentially have hard boundaries. We are generally trying to create coalitions of the willing: alliances of values and interests.”