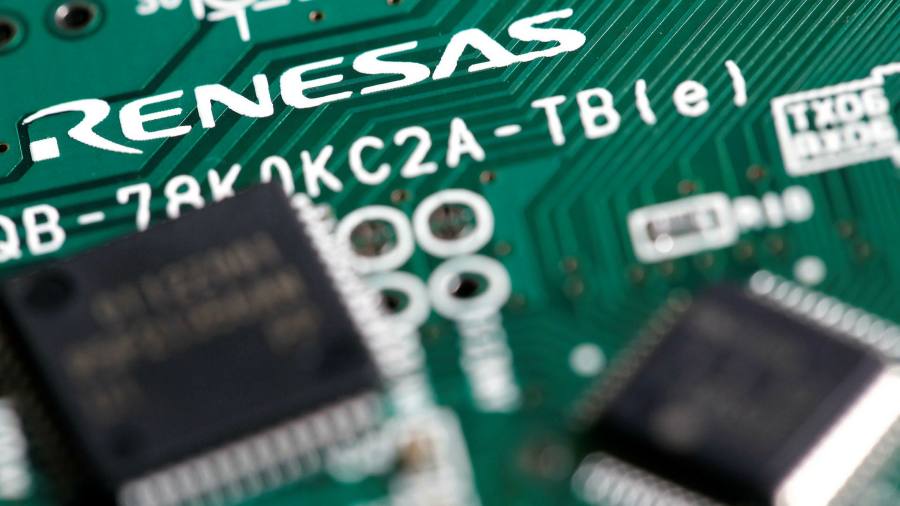 Renesas Electronics, one of the world’s largest makers of chips for the automotive industry, has warned that a fire at one of its factories could have “a massive impact” on global semiconductor supplies and halt production for at least a month.

The timing of Friday’s fire at the advanced chip facility in Japan could not be worse for carmakers, which were already wrestling with widespread disruption to supply chains caused by the Covid-19 pandemic as well as the US cold snap that led to mass blackouts in Texas.

“We are concerned that there will be a massive impact on chip supplies,” Hidetoshi Shibata, chief executive of Renesas, said at an online news conference on Sunday. “We will pursue every means possible to minimise the impact.”

The fire broke out in one of the clean rooms at the company’s plant in Naka city, north of Tokyo, bringing to a halt the production of 300mm wafers and burning about 2 per cent of the facility’s manufacturing equipment.

About two-thirds of the affected production was automotive chips, according to Shibata. If the facility remains offline for a month, he added, Renesas will lose about ¥17bn ($156m) in revenue. The financial hit is not expected to have any impact on the group’s plan to buy Apple supplier Dialog for €4.9bn.

Both Renesas and its automotive clients, including Toyota and Nissan, have taken steps to diversify their supply chains after the 2011 Tohoku earthquake and tsunami, when car factories worldwide ground to a standstill after production of Renesas microcontrollers was hit.

Partly as a result of those efforts, about two-thirds of the chips affected in the latest fire can be produced elsewhere. But Shibata acknowledged that finding alternative facilities to make its chips would be difficult since the industry is already struggling with a lack of spare production capacity at foundries such as Taiwan’s TSMC, the world’s largest contract chipmaker.

Renesas had been increasing production to address the semiconductor shortage, shifting some of the chips outsourced to TSMC to the manufacturing line that was damaged by the fire. The Taiwanese company has been scrambling to meet a surge in demand after a rebound in car sales coincided with a surging consumer electronics market.

The chip shortage has already slowed automotive production around the world and threatens to delay output for other forms of electronics, including smartphones.

The drought in semiconductor parts has been compounded by the extreme weather in the US, which has triggered a shortage of petrochemicals that are used in seats, airbags and dashboards.

Toyota, one of Renesas’s biggest clients, said on Friday it would close its factory in the Czech Republic for two weeks as disruption to its North American supply chain caused by the cold spell spread to Europe.