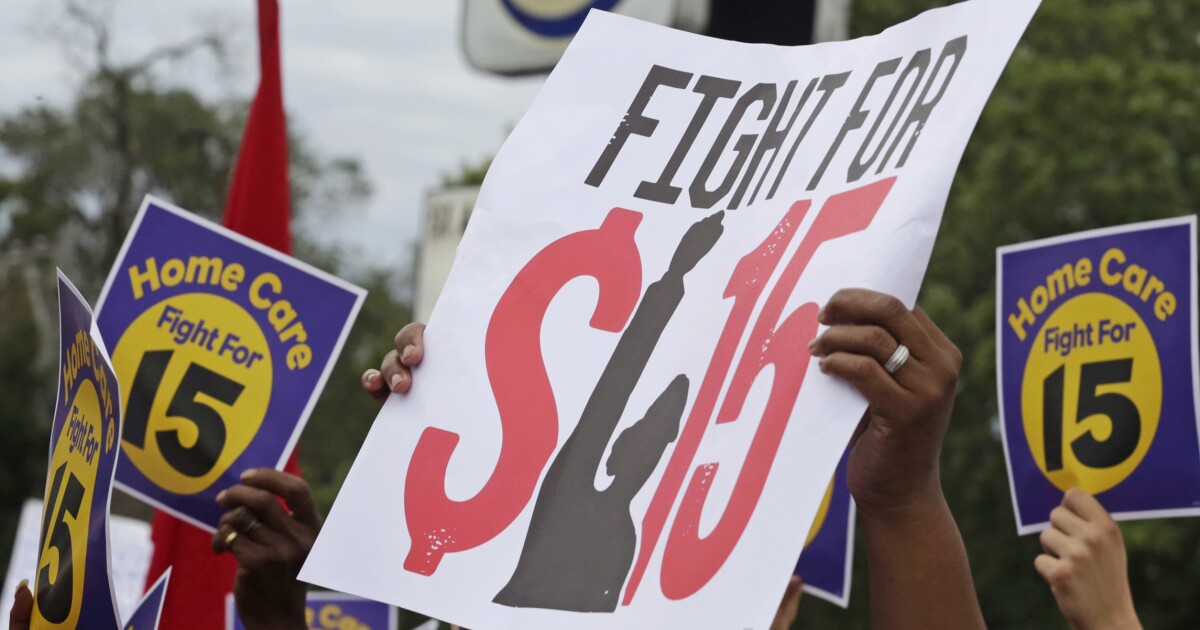 Reality keeps intruding into the hopes and desires of politicians. The latest irruption of the universe into such plans is the finding that raising wages causes unemployment.

Varied jurisdictions have thought that grocery store workers would like to have more per hour for the essential work they’ve been doing this past year. When Los Angeles mandated an extra $5 an hour for such hero workers, many of them found out that the move was to $0 an hour. That extra pay has led to one grocery chain closing three stores.

This poses certain problems for the idea that the federal minimum wage should rise by $7.75 an hour, of course. A Congressional Budget Office estimate predicts that the United States would lose a net 1.4 million jobs by 2025 if this new minimum were implemented.

The Left’s premises for the wage increase are false. Capitalists oppress workers so cruelly, leftists argue, that only the government can remedy matters. The power of the employers is such as to make a monopsony as if there were a single buyer of labor.

If this were true, then a minimum wage rise would not cause unemployment. The monopsonist would push prices down the amount that has to be paid for workers below a free market price. Government could then correct to the right price. Oddly, this would have the effect of increasing employment: Too few people would be willing to work at the forced down wage, and more would at the correct market one.

One-time economic adviser to President Biden, Jared Bernstein, notes that any significant minimum raise will indeed kill some jobs. But the folks who gain will gain so much that it’s all worth it. Well, worth it from the point of view of a Swamp-dweller planning other peoples’ lives, perhaps.

We never do get the offer to explain this logic — not just from Bernstein but from anyone — directly and in-person to the employee about to lose their job as a result. “Sure, you’re screwed, but look how much better off those other folks are!” would be an interesting message to watch being delivered within fist-to-nose distance. Perhaps we could sell tickets to aid in paying down the deficit or something?

Obviously, those insisting upon the righteousness here — get some folks fired to increase the incomes of others — would have the courage of their convictions and turn up to make their case in person. They would, right? Perhaps until they do, we should put a hold on the idea, given that right now might not be the greatest time to increase unemployment.

Tim Worstall (@worstall) is a contributor to the Washington Examiner’s Beltway Confidential blog. He is a senior fellow at the Adam Smith Institute. You can read all his pieces at the Continental Telegraph.