Home Feature Stories When is so much stimulus too much for markets?
0
SHARES
ShareTweet 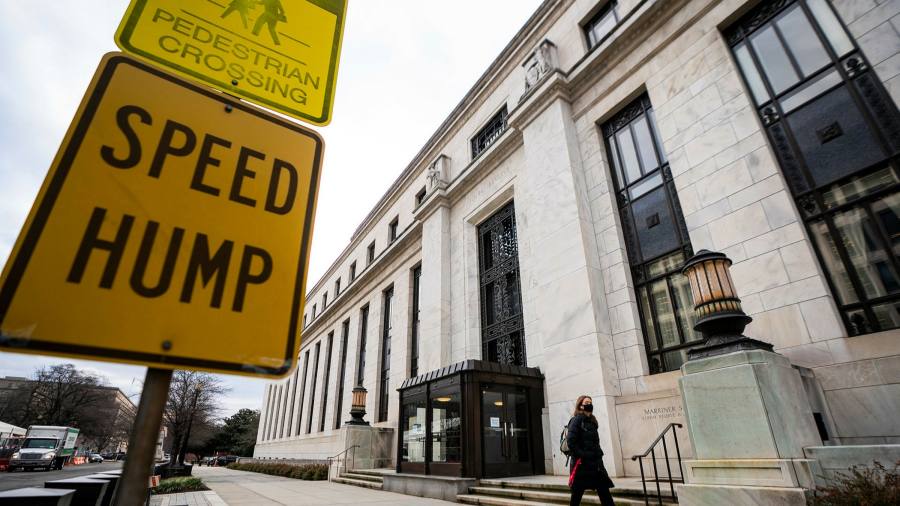 The writer is president of Queens’ College, Cambridge university, and adviser to Allianz and Gramercy

For many years, the operational simplicity of positioning investment portfolios has contrasted sharply with the complexity of national and global economic outlooks.

By getting the central bank policy call right and simply overweighing index products, investors profited substantially from both stock and bond investments. Meanwhile, economists struggled to predict even basic economic variables such as growth and inflation.

This configuration may well be changing, and not because the massive liquidity injected by the US Federal Reserve is likely to stop any time soon. It won’t.

Rather, more fiscal policy is now set to add to the Fed’s flooding of the system with liquidity. This raises interesting questions as to whether the beneficial result for markets will compound or, instead, involve volatile contradictions requiring careful active management.

Powered by ample and predictable liquidity injection, investors set aside many traditional economic and political influences as the Fed vacuumed up securities at non-commercial prices. The indirect effect has proved as consequential, conditioning investors to buy every market dip, whatever the cause, and allocate more capital into ever riskier investments.

In his recent remarks, Fed chair Jay Powell has made it clear that the central bank has no intention of changing this policy approach, be it the large-scale purchase of securities (currently running at $120bn a month, or about 7 per cent of gross domestic product on an annualised basis) or rock bottom policy rates.

This is despite a brighter outlook due to the accelerating spread of vaccination, success in lowering infections, ultra-loose financial conditions and multiplying indications of excessive risk-taking. The latter includes the proliferation of speculative special purpose acquisition companies, the record pace of more corporate debt issuance and a surge in trading using borrowed funds.

But in extrapolating the impact on asset prices of continued Fed liquidity injections, investors must now take into account the impact of also “going big” fiscally. The first part of this involves the Biden administration seeking congressional approval for a $1.9tn (about 9 per cent of GDP) stimulus plan. A second package is planned to follow this focused on infrastructure, taking the total fiscal effort to an estimated $3tn to $4tn (14 per cent to 19 per cent of GDP).

Investors’ initial reaction was to see the two massive injections to be wonderfully additive for asset prices. Stocks rose to several record highs in the first six weeks of the year. In the past few days, however, while market chatter remains exuberant, investors are slowly being forced to confront an issue that is already hotly debated among economists: when is so much stimulus too much stimulus?

The argument for never is based on the view that endless liquidity injections guard against most corporate bankruptcies. The counterargument stresses twin liquidity fears. One is the destabilisation of inflationary expectations fuelling too rapid a steepening in the yield curve, disturbing investor conditioning, and increasing the probability of a market accident.

The second is that, with a Fed reluctant to taper its stimulus, it faces lose-lose policy options — let the risk of financial instability rise and threaten the real economy or intervene further in the functioning of markets, worsen wealth inequality and risk more distortions that undermine efficient financial and economic resource allocations.

Given how far and how fast markets have already run, what is good for more inclusive economic growth may not be positive in the short-term for investors. Moreover, conscious of its “implicit contract” with markets, the Fed is likely to react to too fast a move in yields by loosening policy even more, despite existing financial overheating concerns. This would only worsen an already unhealthy codependent relationship with markets.

The answer is not to abandon the fiscal stimulus. Rather, it is to improve its immediate relief targeting and accelerate the long-term growth impact. And the Fed needs to consider seriously how best to slowly lift its foot off the monetary accelerator.

This much-needed handoff, from monetary to fiscal, would be a lot smoother if prudential regulations were to catch up more quickly with the massive migration of risk from banks to non-banks, including “sand in the wheel” measures to moderate excessive risk-taking. The longer this three-dimensional solution evades us, the greater the risk of financial instability undermining economic wellbeing.