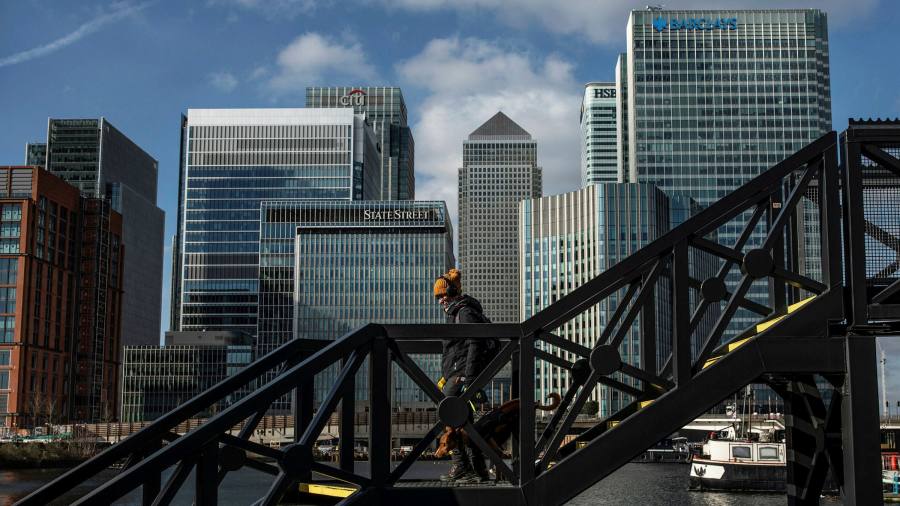 The UK’s top banks have urged ministers to develop an ambitious strategy to boost exports of financial services after the sector was largely left out of the post-Brexit trade deal with the EU.

A report published on Monday by UK Finance, which represents British banks, argues for a strategy of “regulatory diplomacy” in which UK financial regulators such as the Bank of England and Financial Conduct Authority work with counterparts in other countries to improve market access.

Almost two months after the UK left the EU’s financial regulatory regime, it is also pushing for a more global convergence in financial standards rather than a regional approach, making it easier for firms to operate across different jurisdictions.

New trade agreements should be used to unlock market access for financial services in markets such as Japan and the US, it said, and create cross-border trading models based on recognition of each country’s rules.

David Postings, UK Finance chief executive, said the UK should “seize the opportunity to be a global champion for free trade in financial services, building on our strengths as the world’s most open and international financial centre”.

Financial services executives have complained that the government did little to support the industry after Brexit, and in particular after EU and UK negotiators failed to agree to mutual recognition of rules that would allow UK-based firms to serve big customers in the bloc.

The UK has already seen Amsterdam overtake London as Europe’s largest share-trading centre because Brussels no longer recognises UK exchanges and trading venues. The UK and EU want to finalise a memorandum of understanding in March, although hopes for a swift agreement over equivalence of rules have faded.

The group has made several other recommendations for the UK government and regulators to open other countries to UK-based financial services providers and promote co-operation in areas such as AI, cyber security and fintech.

The report also proposed that the UK should use its position at international bodies such as the Financial Stability Board (FSB) and Basel Committee to push for global convergence in financial standards, making it easier for UK firms to operate across different countries.

UK Finance has stressed the importance of the industry to the British economy. The UK is the world’s top net exporter of financial services, it said, above the US and Switzerland, with a financial services trade surplus of £60.3bn in 2019.

The banking and finance industry employs more than 1m people, with two-thirds of the jobs located outside London. UK Finance said that the recommendations would boost the economy by generating jobs, lowering costs for consumers and helping firms in other sectors expand into overseas markets.

Postings said that the banking sector was keen to work with the government and regulators, and was “setting out the tools available to policymakers . . . from using regulatory agreements and free trade deals to open up new markets overseas to playing a leading role at global standard-setting bodies like the WTO and Basel Committee”.

UK Finance also argued that it would be important to maintain an open domestic market for financial services, allowing inward investment and cross-border supply.

The report said: “An open import regime allows consumers to draw on a wide range of competitive services, boosting competition and driving down costs. Whatever others do in the years ahead, the UK should sustain its open approach.”