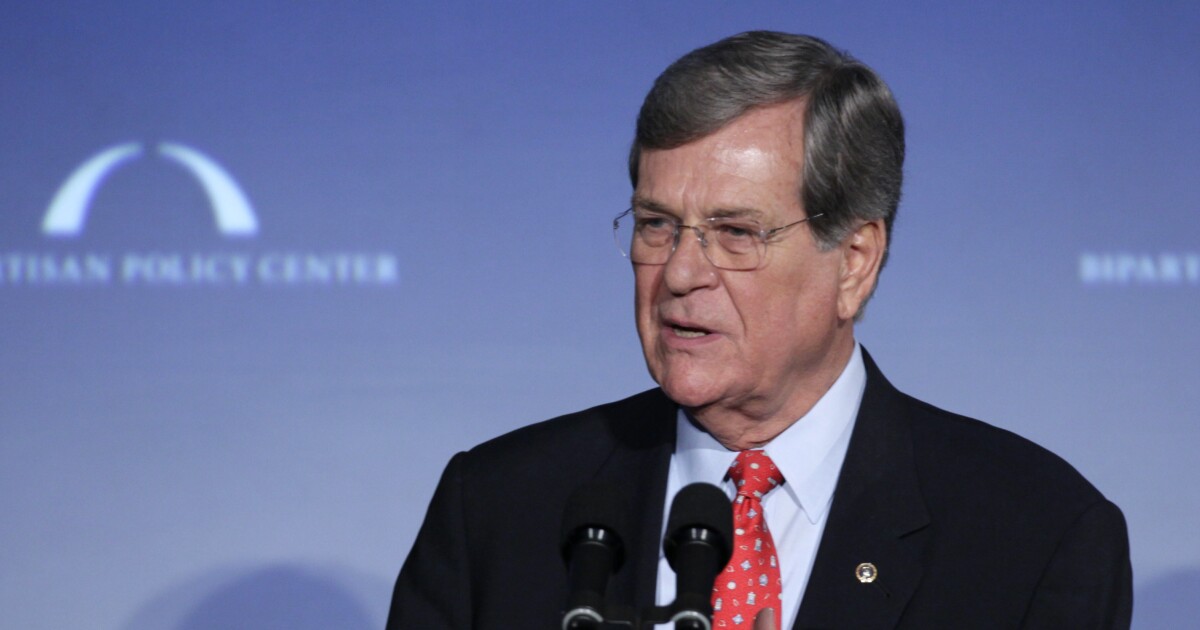 Democrats are bringing back earmarks, and plenty of media voices are cheering the development. Some commentators, on both the Left and the Right, say earmarks are the grease that makes the congressional machine work. Another defense, from some conservatives and libertarians, is that Congress rightly should exercise more spending authority than it does and should cede less to the executive.

Both of these arguments have merit and ought to be weighed against the costs (in terms of corruption, mostly, of earmarking). But one argument that strikes me as naive is that earmarks are just about helping out local communities. I believe this ignores both the economics and the politics of earmarks.

Here’s how the Washington Post’s Jeffrey Lazarus describes earmarks in a recent piece on Democrats’ plans.

“The vast majority are small projects that benefit local communities,” Lazarus writes. He offers as examples: “a member of Congress from an urban district might ask for a larger space for the local Boys and Girls club; a member with a large research university might ask for a research grant; or a member with a harbor might ask to get it dredged so larger ships can dock there.”

Lazarus links to a study he wrote years ago that supposedly shows that earmarks meet the demands of “local communities.” It’s a good study that is worth reading. But it may actually reinforce the notion that earmarking is a special-interest, insider game in which politicians, powerful businessmen, and local powerbrokers pass around money and power.

Are earmarks allocated by need? Yes and no.

Lazarus found that earmarks disproportionately went to members who were (1) Democrats, (2) appropriators, or (3) vulnerable. This hardly suggests a rational distribution of money.

But districts with more poverty did not get more earmarks than wealthier districts, suggesting that human need doesn’t drive earmarking.

“In the year that follows a congressman’s ascendancy, the average firm in his state cuts back capital expenditures by roughly 15 percent,” the authors wrote.

It gets worse: “These changes in firm behavior persist throughout the chairmanship and begin to reverse after the congressman relinquishes the chairmanship. We also find some evidence that firms scale back their employment, and experience a decline in sales growth.”

I see earmarks this way: Insiders on the federal and local level, in both government and business, all benefit from earmarks. Some of that insider-benefit trickles down, but not all. And the net effect may be negative.

The Jack Abramoff scandal was largely about how earmarks are corrupting. Duke Cunningham went to jail for selling earmarks in exchange for personal gifts. The late Jack Murtha had a complex system of selling earmarks that could have landed him in jail had he not died while under investigation.

Even without the literal bribes, the whole thing is corrupting.

Biden confidant and revolving-door lobbyist Steve Richetti was blasted by Barack Obama for getting earmarks for clients while raising funds for the earmarkers.

Consider the late Thad Cochran, an all-star Republican porker. Cochran, a Senate appropriator, in 2015 stuck a $650 million earmark in an omnibus bill. The earmark funded a Coast Guard cutter to be built by shipmaker Ingalls. Ingalls’s earmark lobbyists at the time included powerful revolving-door Republican lobbyists Trent Lott and Haley Barbour. Lott and Barbour also happened to be immense fundraisers for Cochran.

So, Cochran directs money to a company that hires Lott and Barbour, who spend their time and money helping reelection Cochran. But what’s worse, the revolving door makes it personally profitable for most lawmakers to keep this earmark machine running. More earmarks mean business-government or federal-local entanglement, and that means more opportunity to cash out.

So, you can think of earmarks as a way that members of Congress and their staffers make themselves more valuable upon cashing out.

Rep. Bill Delahunt, for example, inserted a $1.7 million earmark for a Massachusetts town, which then hired him as a lobbyist upon his retirement from Congress.

And Rep. Heath Shuler requested a $2 million earmark for an energy product partly owned by Duke Energy. Duke Energy then hired him when he cashed out.