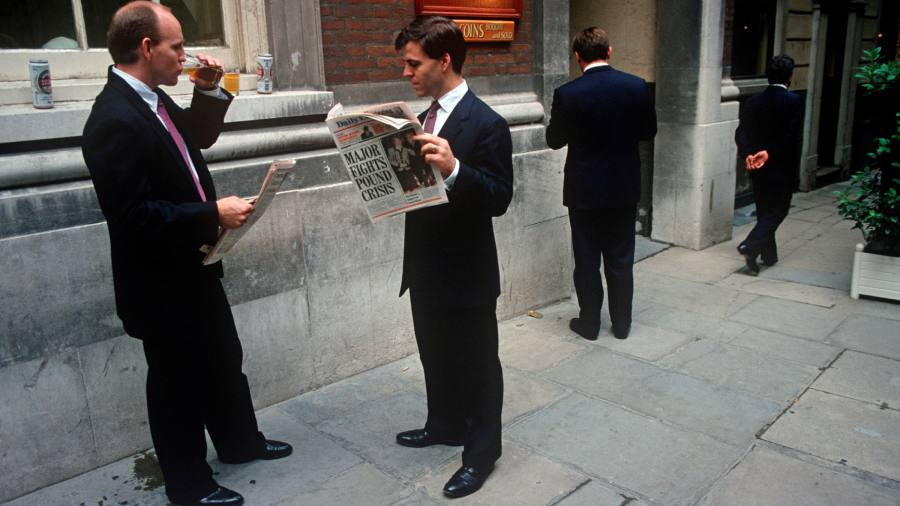 The other week I caught sight of a headline declaring that the IMF was warning against cuts in public spending and borrowing. The report stopped me in my tracks. After half a century or so as keeper of the sacred flame of fiscal prudence, the IMF was telling policymakers in rich industrial nations they should not fret overmuch about huge build-ups of public debt during the Covid-19 crisis. John Maynard Keynes had been disinterred, and the world turned upside down.

To be clear, there is nothing irresponsible about the IMF’s advice that policymakers in advanced economies should prioritise a restoration of growth after the deflationary shock of the pandemic. The fund prefaced a shift last year, and most people would say it was common sense to allow economic recovery to take hold. Nations such as Britain might have learned that lesson from the damage inflicted by the ill-judged austerity programme imposed by David Cameron’s government after the 2008 financial crash.

And yet. This was the IMF speaking — the hallowed (for some, hated) institution that, as many Brits will recall, formally read the rites over Keynesianism when in 1976 it forced James Callaghan’s Labour government to impose politically calamitous cuts in spending and borrowing. This is the organisation that in the intervening years had a few simple answers to any economic problem you care to think of: fiscal retrenchment, a smaller state and/or market liberalisation. The advice was heralded as the Washington consensus because of the IMF’s location.

My first job after joining the Financial Times during the early 1980s was to learn the language of the new economic orthodoxy. Kindly officials at the UK Treasury explained to me that the technique of using fiscal policy to manage demand, put to rest in 1976, had been replaced by a new theory. Monetarism decreed that as long as the authorities kept control of the money supply, and thus inflation, everything would be fine.

The snag was that every time the Treasury alighted on a particular measure of the money supply to target — sterling M3, PSL2, and M0 come in mind — it ceased to be a reliable guide to price changes. Goodhart’s law, this was called, after the eponymous economist Charles. By the end of the 1980s, monetarism had been ditched, and targeting the exchange rate had become the holy grail. If sterling’s rate was fixed against the Deutschmark, the UK would import stability from Germany.

It was about this time that a senior aide to the chancellor took me to one side to explain that one of the great skills of the Treasury was to perform perfect U-turns while persuading the world it had deviated not a jot from previous policy. This proved its worth again when the exchange rate policy was blown up by sterling’s ejection from the European exchange rate mechanism in 1992. The currency was quickly replaced by an inflation target as an infallible lodestar of policy.

The eternal truths amid the missteps and swerves were that public spending and borrowing were bad, tax cuts were good, and market liberalisation was the route to sunlit uplands. The pound’s ERM debacle was followed by a ferocious budgetary squeeze, and, across the channel, the eurozone was designed to fit a fiscal straitjacket. Financial market deregulation, we were told, oiled the wheels of globalisation. If madcap profits and bonuses at big financial institutions prompted unease, the answer was that markets would self-correct. Britain’s Labour government backed “light-touch” regulation in the 2000s. The Bank of England reduced its oversight of systemic financial stability.

The abiding sin threaded through it all was that of certitude. Perfectly plausible but untested theories, whether about the money supply, fiscal balances and debt levels, or market risk, were elevated to the level of irrefutable facts. Economics, essentially a faith-based discipline, represented itself as a hard science. The real world was reduced by the 1990s to a set of complex mathematical equations that no one, least of all democratically elected politicians, dared challenge.

Thus detached from reality, economic policy swept away the postwar balance between the interests of society and markets. Arid econometrics replaced a measured understanding of political economy. It scarcely mattered that the gains of globalisation were scooped up by the super-rich, that markets became casinos and that fiscal fundamentalism was widening social divisions. Nothing counted above the equations.

And now? After Donald Trump, Brexit and Covid-19, it seems we are back at the beginning. Time to dust off Keynes’s general theory.

Chinese vaccines sweep much of the world, despite concerns