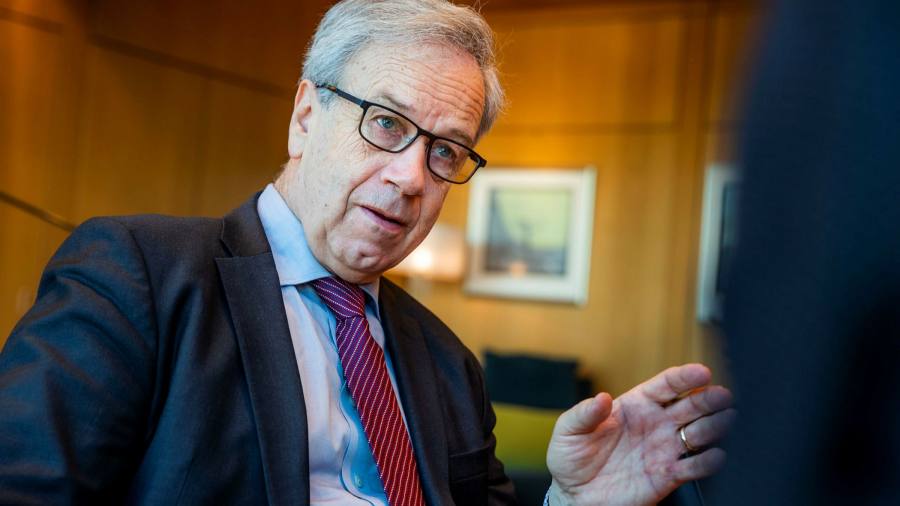 Norway’s government should rein in its use of money from the world’s largest sovereign wealth fund and trim its expectations for the fund’s future returns, according to the Scandinavian country’s central bank governor.

Oystein Olsen told the Financial Times that the $1.3tn oil fund was unlikely to increase much further in size as Norway’s petroleum revenues dwindle and that the government would need to reduce the amount it takes from the national piggy bank after using a record amount in 2020, which covered a quarter of the government budget.

“I’m very clear on the need for taking expenditure down to a more normal level when the pandemic burns out. It’s important for longer-term considerations . . . [such as] to preserve the fund for future generations,” Olsen said.

In his annual speech to Norwegian policymakers on Thursday evening, the central bank governor said the oil fund’s expected annual real return would be closer to 2 per cent in the coming years, rather than the current 3 per cent, according to new calculations.

An informal fiscal rule allows the government to withdraw 3 per cent of the fund’s value each year for use in the budget; it was revised down from 4 per cent in 2017.

Olsen told the FT he was not proposing “to change the rule, but it’s a suggestion that given the 3 per cent [returns] and the size of the fund it’s wise to have some room to the roof”.

Norway suffered its biggest economic downturn since the second world war last year due to the Covid-19 pandemic, but its 2.5 per cent year-on-year decline in gross domestic product left it as one of Europe’s best-performing economies as the money from the oil fund allowed the government to issue generous support packages.

Olsen said the “very high” spending was justified in the circumstances, but it would have to fall in absolute terms as the economy normalises.

Norway’s central bank is expected to be the first western central bank to raise rates after the pandemic, possibly late this year, as it worries about the financial stability impact of its zero-interest rate policy.

The governor said it was “a worry” that other countries’ rates would remain low for years to come and warned that “vulnerabilities could arise in financial markets as [the flip] side of the coin to low rates”.

He argued that Norway was still “quite different” to other European economies due to its status as western Europe’s largest petroleum producer and the oil fund, which on average owns 1.4 per cent of every listed company globally.

But he added: “We are gradually becoming more similar to other countries, facing similar challenges especially in budget policy because we can’t expect the fund to grow much in the future.”

The governor also confirmed a story by Norwegian newspaper Dagens Nyheter that Norges Bank had been one of the 18,000 institutions hit by the SolarWinds cyber espionage attempt. Olsen said the incident was “potentially serious” but that an investigation found no significant issues at the central bank or oil fund, which is housed in Norges Bank.