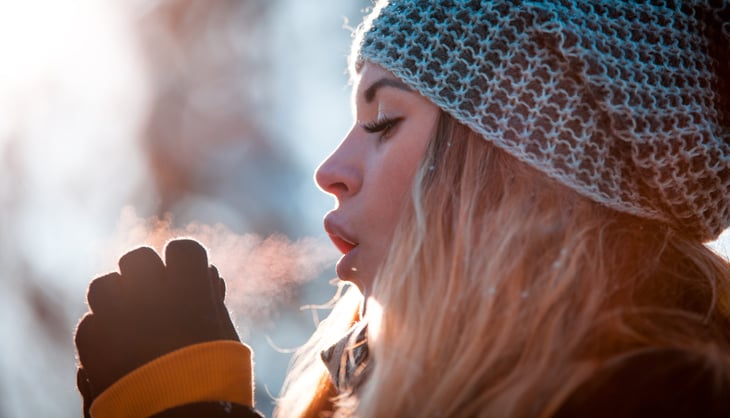 Just when it looked like the nation was about to turn the corner on winter — with spring barely a month away — another polar vortex has blown across the U.S., putting millions of households into a big chill.

Some cities are suffering worse than others, including places not typically known for sub-freezing days and nights. Residents of those cities are shivering through bone-rattling cold that is shattering thermometers — and historical records. 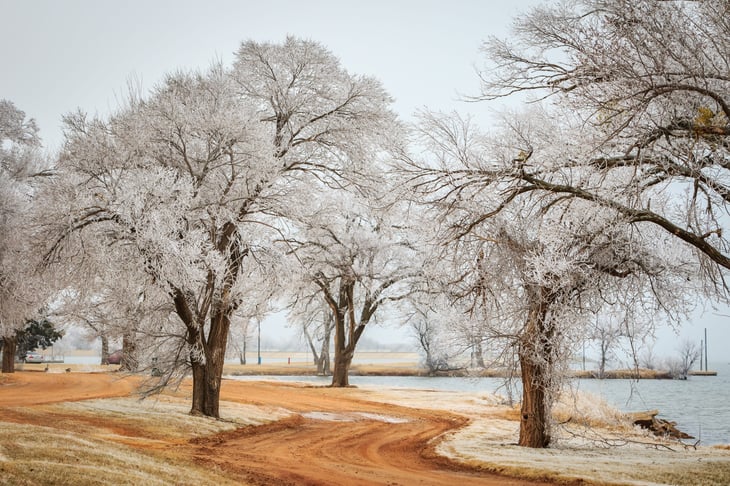 Low temperature on Tuesday: -14 degrees Fahrenheit (coldest temperature since 1899 and second-coldest on record)

Weary residents of the Sooner State are more than ready to say “later” to the record cold that has swept in unexpectedly. Some residents have been without heat for more than a week.

One city resident — Angie Smith — is hoping that a very modest dream will become reality soon. “I just want a working heater,” she told local TV station KFOR. She added:

“I understand even a day or two — I’m an understanding person — now we’re eight days into it. It’s negative whatever it is outside.” 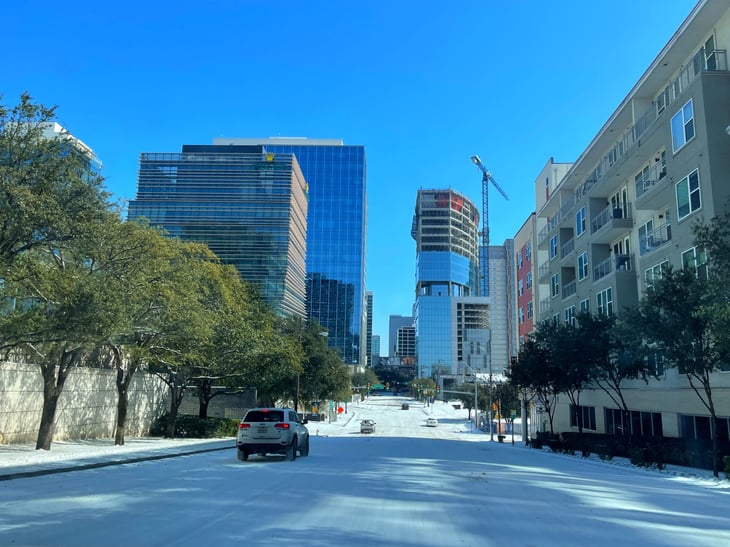 Low temperature on Tuesday: -2 degrees Fahrenheit (coldest temperature since 1930 and second-coldest on record)

The cold that has plunged all the way down to Texas has gripped the nation’s attention — and elicited our collective sympathy. At least 21 Texans have died as a result of the brutal cold snap, and millions are without power.

Fingers of blame are pointing everywhere in light of the still-unfolding tragedy. Some reports suggest frozen wind turbines and limited gas supplies are largely responsible for the power failure.

Some deaths in the state have been attributed to carbon monoxide poisoning resulting from residents running cars or generators indoors. As one medical official in Houston said to local television station KPRC-TV, “This is an absolute public health disaster.” 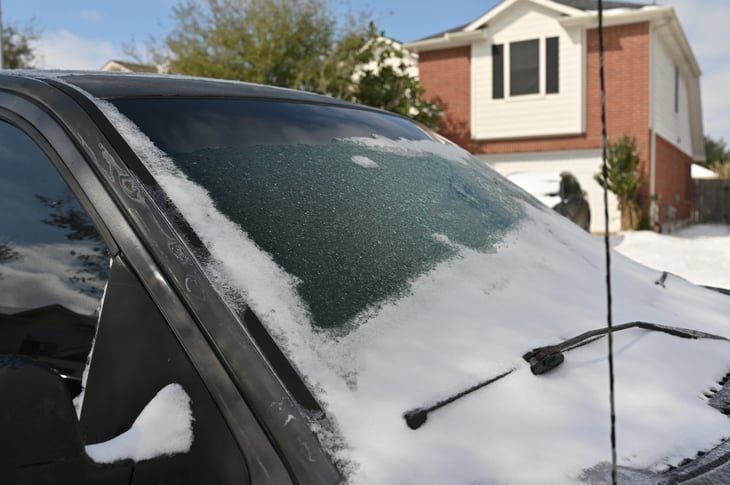 It’s rare to see Arctic cold weather seeping all the way down to Houston, but this polar vortex did not spare Space City.

Officials have told residents to boil water or use bottled water, as many homes are getting little or no water pressure due to several days of power outages. One resident is using melted snow to flush his toilet, the Weather Channel reports.

How cold is it in San Antonio? The National Weather Service office in the city issued its first-ever wind chill warning.

“We just have so many blankets, like quite a bit, and we are going to the car and trying to heat up there and get a charge for phones and trying to brave [the electricity] switching back and forth. It’s not sustainable.”

Winter’s icy grip has left Little Rock — and the entire state of Arkansas — bundled up against the teeth-chattering cold. Local television station KARK reports that several inches of snow have fallen on “every square mile of the state,” and that several locations in Arkansas recently fell below zero for the first time in 60 years.

At least one city — Arkadelphia — has never experienced weather this cold in its recorded history, which goes back to 1899. 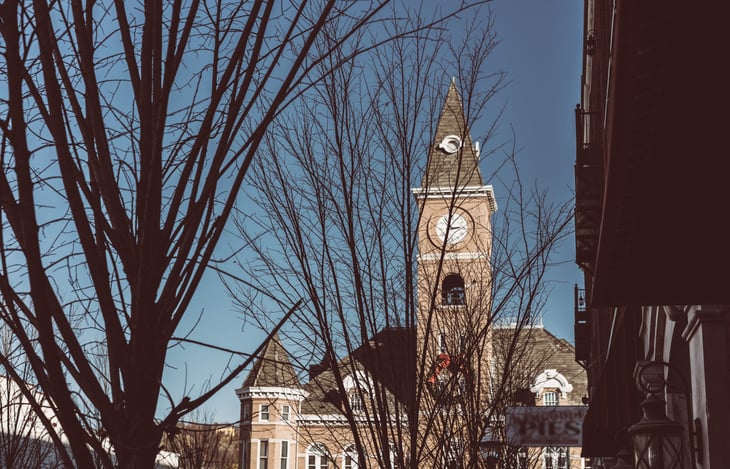 Temperatures in the Fayetteville area dropped to a bone-rattling -20 degrees Fahrenheit at the weather station at Drake Field, a municipal airport.

The temperature might be the lowest ever recorded in the city. It certainly is the lowest recorded at the Drake Field weather station, with records dating back to 1905.

However, a weather observation site at the University of Arkansas reportedly recorded a temperature of -24 degrees Fahrenheit in 1899. 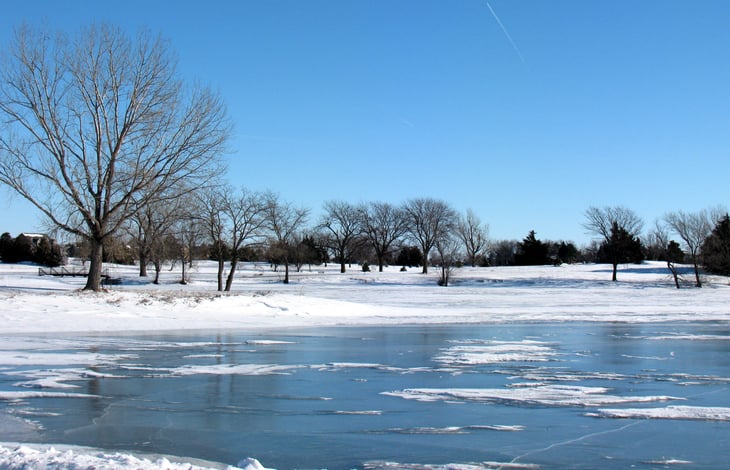 There is cold weather — and then there is positively glacial weather.

Temperatures dipped to a mind-numbing -30 degrees Fahrenheit in Hastings on Tuesday. That might be a walk in the park for hearty folks in the far north — the unofficial record low in Embarrass, Minnesota, is -64 degrees Fahrenheit, after all — but it is plenty cold for most of us.

The record cold snap in Hastings allowed temperatures to fall 48 degrees below normal for two days straight. But keep your chin up, folks — spring is right around the corner.