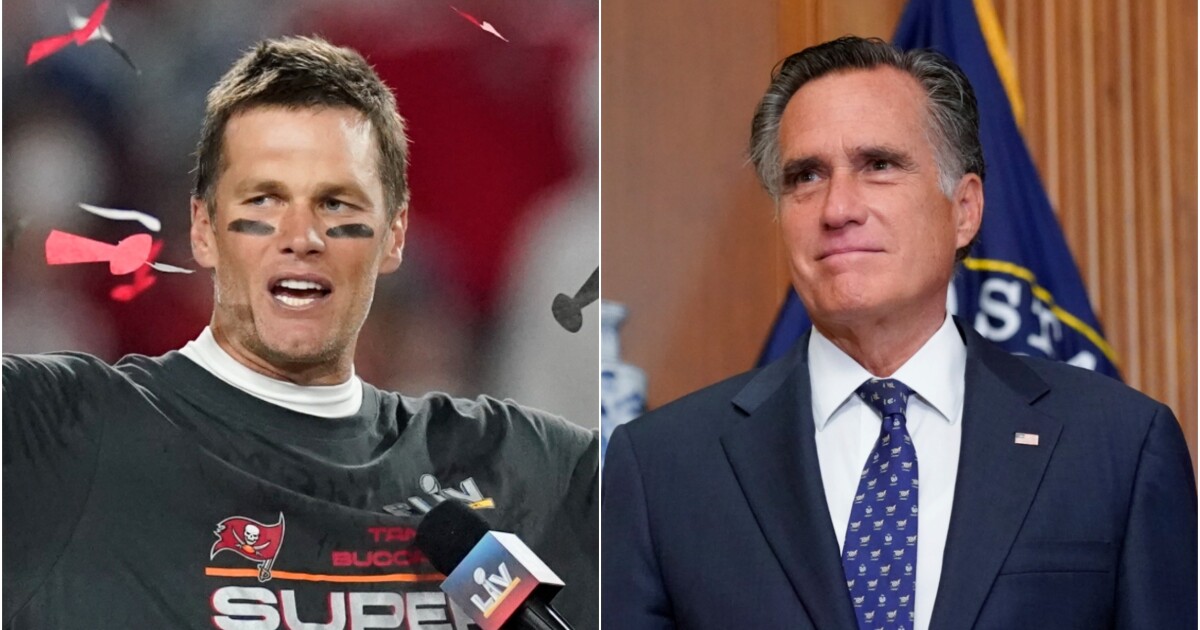 Sen. Mitt Romney recently eschewed Republican orthodoxy and proposed a bill that would establish a child allowance for most parents in the United States.

There is a lot to like about his bill. It’s budget-neutral, it reduces childhood poverty, it could raise the country’s abysmal birth rate, it would allow more mothers who want to stay home with their children to do so, it benefits most middle-class families, it should be popular, and it’s a fresh idea for the Republican Party.

And if you’re a fan of Tampa Bay Buccaneers quarterback Tom Brady and want to see him win an eighth Super Bowl ring, then you have even more of a reason to like this proposal. (The same goes if you’re a baseball fan who hates the New York Yankees or Los Angeles Dodgers.) Let me explain.

To his credit, Romney proposed a bill with funding mechanisms in place. The Utah Republican wants to eliminate the state and local tax deduction, head-of-household income tax status, Temporary Assistance for Needy Families program, and the child and dependent care credit. He also wants to change the eligibility for the Supplemental Nutrition Assistance Program (food stamps). It’s the SALT deduction that matters here.

The Tax Cuts and Jobs Act of 2017 capped the SALT deduction at $10,000 per year, irking many blue-state Democrats such as House Speaker Nancy Pelosi of California and Senate Majority Leader Chuck Schumer of New York. That’s because in higher-tax states such as the ones they represent, the SALT deduction is far more useful than it is in one with low or no state income tax.

The Tax Cuts and Jobs Act gave professional sports teams in states such as Florida, Texas, and Tennessee a competitive advantage when it comes to signing free agents because they don’t have a state income tax; teams in those states can spend less money and attract more talent. Coincidentally, the Tampa Bay Buccaneers just won the Super Bowl, the Tampa Bay Lightning won the Stanley Cup last season, and the Tampa Bay Rays made it to the World Series last year. (The Rays even could’ve potentially won it if manager Kevin Cash didn’t pull starting pitcher Blake Snell with the team leading 1-0 in the sixth inning in Game 6.)

When a contract is $20 million or more per year, that’s a difference of more than $2 million per year in the take-home pay between playing in Florida/Texas and New York/California.

Closing that $10,000 deduction would likely not make any major difference between the current situation for professional sports. It could marginally help Florida and Texas sports teams. However, Romney’s plan would prevent Schumer and the Democrats from changing the tax code to have unlimited SALT deductions. That’s a regressive tax break that would cost this country $62 billion per year if enacted. Presumably, Schumer and his ilk would raise the federal income tax rate to make it happen, disproportionately raising taxes on higher-income earners in lower-tax red states.

Tom Joyce (@TomJoyceSports) is a freelance writer who has been published with USA Today, the Boston Globe, Newsday, ESPN, the Detroit Free Press, the Pittsburgh Post-Gazette, the Federalist, and a number of other media outlets.