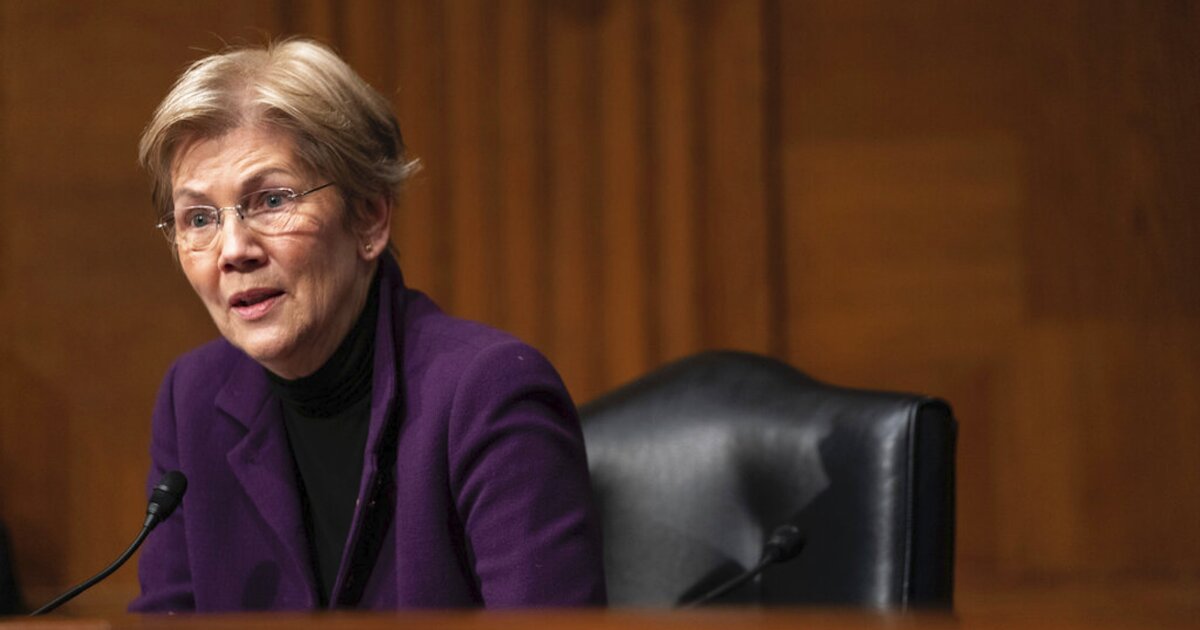 As one of her first acts after joining the Senate Finance Committee, Sen. Elizabeth Warren plans to introduce a $2.75 trillion wealth tax. This legislation would impose a tax on those who have assets above $50 million with a top rate of 6% per year.

This tax would be imposed annually on a taxpayer’s assets and would lead to double taxation since it would go on top of income taxes and is imposed on the same assets year after year. Wealth taxes have proven to be harmful and unworkable, which is why they’ve been abolished in many European countries, including Sweden, the Netherlands, Denmark, France, Italy, and many others.

This tax would be unconstitutional, harm the economy, give the IRS immense power, be difficult or impossible to calculate and enforce, and almost certainly grow in size to hit millions of taxpayers.

Article 1, Section 9, Clause 4 of the U.S. Constitution states: “No Capitation, or other direct, Tax shall be laid, unless in Proportion to the Census or Enumeration herein before directed to be taken.” The wealth tax is a direct tax. “Federalist No. 36” explained that taxes on “houses and lands” were direct taxes. Supreme Court majorities have said on at least seven occasions that federal taxes on real property are “direct taxes.” It is also clear that Warren’s wealth tax would not be apportioned based on state population, making it wholly inconsistent with the Constitution. If Democrats ignore the Constitution by implementing this law, it opens the door for the federal government to bypass the Constitution through other tax policies that hit low- and middle-income taxpayers more directly.

A wealth tax would also harm the economy. According to an American Action Forum study, a wealth tax would decrease innovation and investment, driving down wages and causing unemployment. The same study explained that it would shrink the country’s GDP by $1.1 trillion over just the first 10 years. The Congressional Budget Office predicts that the GDP will grow from $21 trillion to $32 trillion over the next decade. This means that if a wealth tax was implemented, it would cut into more than 10% of projected GDP gains.

The economic damage would be especially pronounced for workers, who would see a loss of $785 billion of labor income over a decade. As AAF says, “Over the long run, Warren’s wealth tax is more damaging to workers than anyone else.” In this way, the weight of the wealth tax will be felt by workers, the very people who are supposed to benefit from this law.

If a wealth tax were implemented, the IRS would need to be given immense, invasive power. IRS agents would be empowered to keep an extensive list of assets and would be responsible for valuing each asset. With the IRS’s history of discrimination and malpractice, this fact should be extremely concerning.

One report from the left-of-center Institute on Taxation and Economic Policy suggests that the IRS would need to spend $5 billion to enforce a wealth tax — the equivalent of 80,800 new full-time agents, twice the IRS’s current workforce.

The Warren wealth tax also contains a 40% “exit tax.” Even the Washington Post editorial board said that this arrangement “conveys a certain authoritarian odor.”

Several countries have repealed their wealth taxes for these reasons. In 1995, 15 countries had a wealth tax, 11 of which were later repealed. In addition to the cost of enforcement and the difficulty of valuing assets, these countries found the tax was ineffective at combating wealth insecurity and did not redistribute wealth in favor of low-income earners.

Finally, the wealth tax would be a tool to expand the size and scope of the federal government. To draw a parallel, Congress enacted the Alternative Minimum Tax in 1969 following a report that 155 households with an income above $200,000 had no income tax liability. The AMT requires taxpayers to calculate their tax liability using two different methods and then has them pay the higher of the two. The AMT wasn’t indexed to inflation and grew so large that it was projected to tax nearly 30 million people in 2010, forcing Congress to pass reforms reducing the size of the tax. Warren’s wealth tax is not indexed for inflation, so not only will it pose serious problems upon enactment, but it will become a growing problem for U.S. taxpayers.

Despite the repeated failures of wealth taxes around the world, the fight for one in the United States has now begun. If a wealth tax is implemented, it would defy the Constitution, harm the economy, give the IRS invasive power, pose several compliance and enforcement costs, and would create a growing problem for taxpayers.

A wealth tax will not be a simple punishment for the ultrarich. This law creates a precedent that will almost surely be used against low- and middle-income residents in the future. Beyond setting a bad precedent, a wealth tax will also hurt the economy, wages, and employment. In an effort to close the “wealth gap,” this law will cut $785 billion in income for ordinary workers.

Isabelle Morales is the policy communications specialist at Americans for Tax Reform.