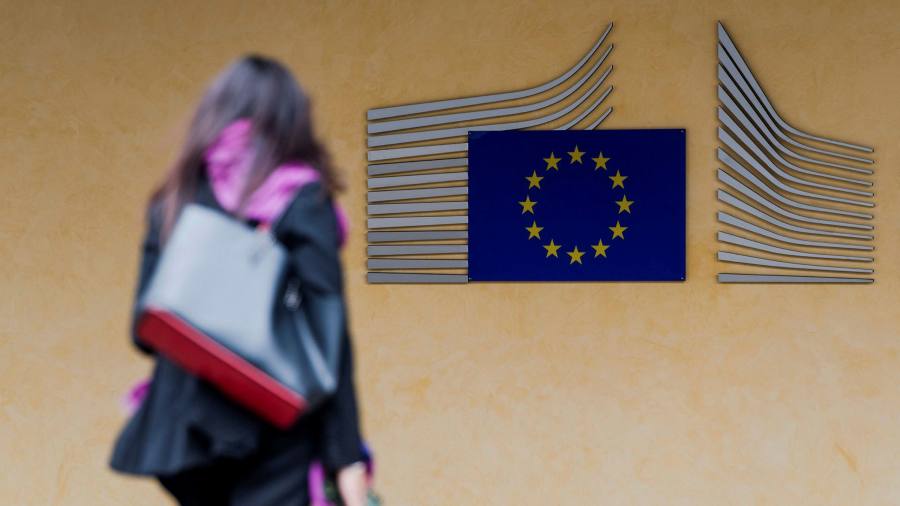 Hans Kundnani asks a question — “What does it mean to be ‘pro-European’ today?” — that should be pondered more often, at least by those emotionally, intellectually or practically engaged with Europe (and not just “today”).

Kundnani writes as a British citizen of Dutch and Indian descent, and sets out his “inability to think of myself as ‘European’” — unlike his continental friends and colleagues who see themselves as “having something in common with other Europeans that sets them apart from the rest of the world. Few Brits see Europe as a Schicksalsgemeinschaft, or ‘community of fate’, in the way Germans do.”

His inability to share a feeling of European identity leads Kundnani to challenge his European friends who do share it. He suggests self-conscious Europeanness can be tinged with cultural chauvinism or even racism. While self-identified Europeans see the European project as anti-nationalist because it involves overcoming divisions between Europe’s nation states, Kundnani points out that this does not amount to cosmopolitanism, but to regionalism. And “regionalism can be as bad as the worst nationalism . . . a regional identity can define itself against an Other, too, and be just as exclusionary as national identities historically have been”.

Hence the dark underbelly: “When I heard people call themselves European, I immediately thought of what that meant in a colonial context [where] ‘European’ meant white. Whiteness seemed to me more central to European identity . . . So when people expressed pride in being ‘European’, I heard an echo of a white identity.” From this perspective, the ambition of pro-Europeans for the EU to be a model to the world of cross-border co-operation and egalitarianism looks a lot less benign than it is often taken to be. Kundnani does not make a reference to Rudyard Kipling’s “white man’s burden”, but he might as well have.

What should pro-Europeans make of this? They should seek to take instruction, not offence. That does not mean agreeing. (Some examples of where I think Kundnani is in error: many Britons have clearly adopted a pro-European identity after the EU referendum, even if he has not. And there are myriad innocuous ways of having something in common as Europeans, matters of streetscapes, tastes and everyday habits, which I surmise most who have lived a few years elsewhere in the world notice when returning to a European city, even if in another country than that of their birth.)

But it does mean recognising where Kundnani has a point. It is in doing so that an answer can be formulated as to how one might prove him wrong.

In my view, Kundnani gets two big truths importantly right. One is that there is indeed an unacknowledged ethnic aspect of European identity. As he points out, the history of colonialism has no place in the standard narrative of European integration. The consequence is that the traces of colonialism — in particular the family and cultural histories of many Europeans whose ancestors suffered from European colonial oppression, and the cultural fusion arising today from those past violent encounters — tend to be ignored in the prevailing European story, even if they are integral to contemporary life in Europe.

That is why books such as Johny Pitts’s wonderful Afropean: Notes from Black Europe are so important. They help people to see that there are more ways of being (and having become) European than many realise, to come to terms with that, and — yes — to make non-white ethnic identities more easily compatible with a European one than what Kundnani has personally found.

Kundnani is also right that European identity is not cosmopolitan. He says it is “regional”, which is, of course, right. But it is also something else, which he neglects. European identity is in many important respects universalist. That is not the same as cosmopolitanism, the opposite of parochialism. The way pro-Europeans protectively embrace the cultural variety of Europe, for example, is most definitely parochial. (The EU’s motto is unity in diversity — a very different understanding of integration from the US’s e pluribus unum.) The elevation of the postwar effort to overcome national differences is parochial too. But this parochialism does not stand in the way of pro-European identity being genuinely universalist, even if not cosmopolitan.

Here are three universalist elements of the values that should be recognised as part of self-conscious Europeanness. But to do so properly requires taking on board some of Kundnani’s criticism.

The first is the legacy of the Enlightenment — a commitment to rationality, consistency and transparency in matters both intellectual and political (where it underpins liberal democracy). These are to some extent the product of Europe but they are not the property of Europe. They are universal values, and recognising their universality should be part of a proper understanding of what Europe means. Anyone can adopt them. They have, of course, long been associated with “the west” beyond Europe, including most prominently the US. But they belong to everyone. Thinkers such as Amartya Sen and Kwame Anthony Appiah are among the world’s greatest heirs of the Enlightenment not despite but because of their non-European experiences. It was the Arab world that preserved Europe’s philosophical roots for it from antiquity to the Renaissance.

A mature European identity would recognise this openness and indebtedness. It would also admit Europe’s historical and not-so-historical failures at those very values. Colonialism is one example. Another is that, as the writer Paul Berman has explained, reactionary fundamentalisms from Nazism and Stalinism to Islamism are as European as the rationalism and liberalism they react against. Europeanness is an ongoing struggle over Enlightenment values in Europe, not their immaculate incarnation there.

Second, the social market economy. German chancellor Angela Merkel has often made the observation that Europe accounts for 7 per cent of the world’s population, 25 per cent of its economy, but 50 per cent of its social spending. She means it as a warning that this much social spending cannot be sustained without faster economic growth. But it could more fruitfully be seen as an expression of identity: this is who we Europeans are, the historical route Europe took to confronting the disruptions of the modern economy and the continuing choice of how to do so today.

Again, a mature European identity would in the same breath recognise failures to live up to this — certainly, colonial rule was never inspired by the same impulse, and opposition to immigration is often rooted in the limit of solidarity when applied to newcomers. (As Kundnani pertinently points out, freedom of movement within Europe has been eased in parallel with growing barriers to movement into Europe. But he should also recognise that it is Britain that has most decisively rejected freedom of movement with its closest neighbours.)

Finally, transcending the nation state. The EU model of cross-border governance is something unique in the world and in history: a complex layering of power and authority countries have voluntarily pooled.

Is this admirable, or at least something to identify proudly with? The model started being built, paradoxically, at the same time as Europe left its colonies in a barely Westphalian state. And Kundnani highlights its shortcomings in actually promoting European harmony. Pan-European governance is, of course, imperfect and selective, but the point here is that the model itself is universalist — there is nothing in its logic that could not be adopted by countries outside of Europe if they had the willingness and institutional capacity.

The obvious retort is that, in practice, many avowedly pro-Europeans do not apply these universalist principles in anything like a universalist way: their image of European identity is one that excludes, say, Muslims, or non-whites, or countries outside of geographical Europe. But this is where pro-Europeans should take advantage of criticisms such as Kundnani’s to activate what political thinker Jon Elster has called the civilising force of hypocrisy. Pro-Europeans who claim these universalist principles as part of their identity can be held to them, which has profound political implications. It means that the European project must be open to any country genuinely committed to them. It means, for example, an acceptance that Islam is as compatible with European identity as Christianity is (on the same terms of tolerance and pluralist politics). It requires a genuine commitment to Turkish EU membership once it is institutionally and politically ready. It demands a willingness to offer much deeper modes of integration than what is currently available to neighbours — such as in northern Africa — and further afield.

It requires, in short, a much more outward-looking and welcoming take on the European project. Anything less would be un-European.

Powell pulls his punches on benefits of more fiscal stimulus