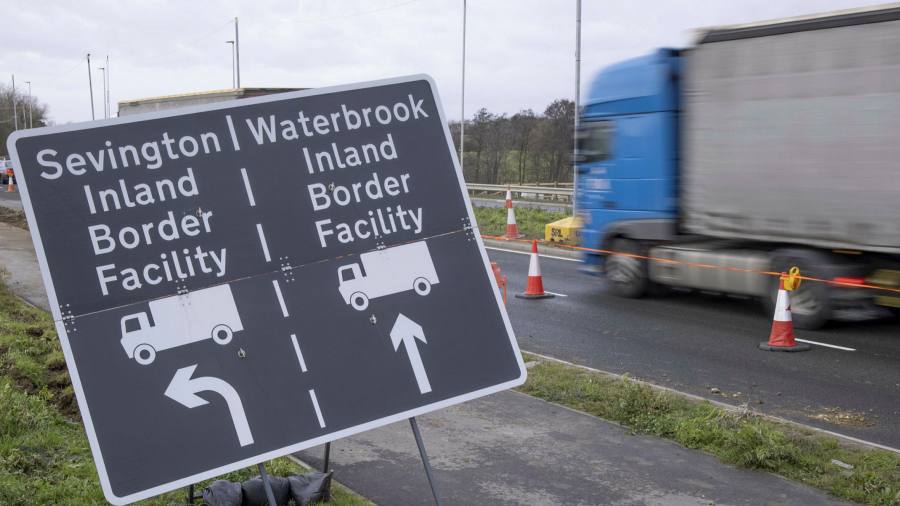 UK small businesses are being offered a government financial lifeline to help them trade with the EU as many struggle with the costs and regulatory burden of Brexit.

Bosses of small companies have warned that they lack the time and money to deal with the labyrinthine levels of paperwork now required, forcing some to halt European operations at least temporarily.

Dealing with new rules for customs, rules of origin and value added tax have caused considerable extra cost, and in some cases insurmountable barriers, for smaller enterprises.

Business groups have pushed the government since the summer for financial help to deal with these issues, with smaller companies also among the most likely to lack cash after a bruising year of the pandemic.

On Thursday, the government said it would create a £20m Brexit support fund to help small businesses handle changes to trade rules with the EU since the end of the Brexit transition on December 31.

Trading businesses will be offered grants of up to £2,000 to pay for practical support for importing and exporting.

Cabinet Office minister Michael Gove said that this funding would also be targeted at preparing small businesses “for further changes as we implement our own import controls in April and July”.

Mike Cherry, national chair at the Federation of Small Businesses, said the move was “very significant” given “small businesses, often with few cash reserves, are for the first time facing complex new customs processes, VAT requirements and rules of origin”.

However, some business leaders said that the government might need to increase the size of the fund given the extent of the problems. One said there were tens of thousands of small companies that only trade with the EU that could need help.

On Thursday, the British Chambers of Commerce said that half of the exporters in a survey of more than 1,000 mainly SMEs were facing difficulties and more than half of smaller manufacturers reported challenges adapting to changes to moving or trading goods since the UK left the EU.

The most common problems included increased costs and additional administration delays, and confusion about what rules to follow, according to the BCC.

The fund will be open to SMEs who trade only with the EU and so are new to importing and exporting processes. The £2,000 grants can be used to pay for practical support, including training and professional advice.

The FSB and Institute of Directors have pushed for the vouchers in regular Brexit Business Taskforce meetings with Gove.

The minister said that the government had listened to the issues raised, “and that’s why we are bringing forward this financial support to help small businesses adapt to the changes to our trading relationship with the EU”.

Allie Rennison, head of trade policy at the Institute of Directors, said: “Smaller firms simply cannot manage many of the processes themselves and require experts across a range of areas to assist with trade continuity.”

The inflation risk from Joe Biden’s stimulus plan is exaggerated

Nurturing Jobs: 5 Side Gigs Taking Care of People and Pets