Brussels has rejected UK requests to overturn an export ban on live shellfish including types of oysters, clams and mussels, escalating a dispute over seafood that has soured tense post-Brexit relations.

European Commission officials told the Financial Times that Brussels would not grant the UK a special export health licence for the trade of “live bivalve molluscs” into the EU, insisting that Britain would be subject to the same export and food safety rules as other non-EU countries.

“There will be no new export health certificate at the end of April for any third country, including the UK. British exports have to fulfil the rules applied to a third country,” said one of the officials.

The shellfish industry has warned that the block on UK exports could be fatal for many small UK producers. It comes after the government was forced to create a £23m compensation fund for UK fishermen whose exports have been hit by delays caused by new paperwork in the first six weeks of the UK’s new trade agreement with the EU. 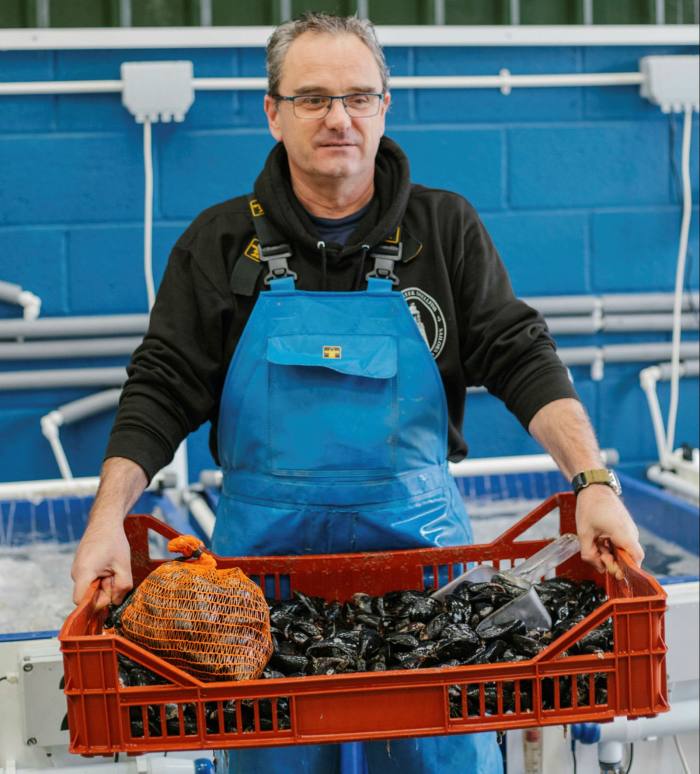 Martin Laity, who runs Sailor’s Creek Shellfish based in Flushing, Cornwall, which before Brexit sent 10 tonnes of oysters and scallops a week to the EU, said there was “no time to wait” for a resolution to the issue.

“We haven’t sent a load since December. We’ll be finished if this isn’t sorted — and 52 people have jobs in this. I knew Brexit was going to be bad but I didn’t know it would stop trade in its entirety,” he said.

George Eustice, the UK environment minister, told the House of Commons this week that Brussels had “changed its position” on the trade of live shellfish and introduced a ban on molluscs from the UK entering the bloc for purification in the EU.

Eustice said the ban was “unjustified” but insisted there would be only a “pause” in trade until a new health licence system became “available in April” — a claim the EU has rejected.

The EU has a wholesale ban on the import of live shellfish that are caught in the secondary category of clean waters known as class B. That includes the shellfish caught in waters off Wales and the south-west of England. Molluscs caught in class A waters such as Scotland’s can still be exported to the bloc, while pre-purified shellfish have too little shelf life to make them viable for export.

Eustice has written to Stella Kyriakides, the EU health commissioner, to call for an “urgent solution” to the spat. He said the ban did not recognise the “existing high standards and history of trade” between the EU and UK and the government would make “reasonable additional reassurances to demonstrate shellfish health” to the bloc.

But Brussels is set to rebuff the UK’s demands. The commission official said Kyriakides would respond to Eustice with a letter in the coming days “confirming the legal reality in this area”.

The row over exports comes as Maros Sefcovic, EU vice-president, is due to arrive in London on Thursday for talks with Michael Gove, Cabinet Office minister, on the implementation of the Northern Irish protocol, the part of the 2019 Brexit treaty that sets out trading arrangements for the region.

Industry body Seafish said it estimated that the UK had exported about 12,000 tonnes of affected products, worth £15m in 2019 out of total exports of live clams, mussels, oysters and scallops worth £70.7m.

Sarah Horsfall of the Shellfish Association of Great Britain said that there were limited alternative markets for UK producers and that the government and the EU needed to work together urgently to resolve the issues.

“UK producers export between 60 and 80 per cent of their product and there are limited alternative markets,” she said. “Businesses will fail, and fail in the near future, if this issue is not sorted out.”

Pierre Karleskind, an MEP from Emmanuel Macron’s En Marche party and chair of the European Parliament’s fisheries committee, said Brussels should come up with a temporary legal framework to allow trade to continue until a longer-term solution was found.

“This is a very problematic issue for [export] companies in the UK and [retailers] in the EU,” said Karleskind.

The UK’s Department for Environment, Food and Rural Affairs (Defra) said the government saw “no scientific or technical justification” for the EU’s position and was expecting to hold a meeting with the commission soon to address an issue that was of “grave concern” to industry on both sides of Channel.

“We’re seeking urgent resolution with the European Commission and we have offered to provide reasonable additional reassurances to demonstrate shellfish health, on the understanding the commission must recognise the existing high standards and history of UK-EU trade,” Defra added.