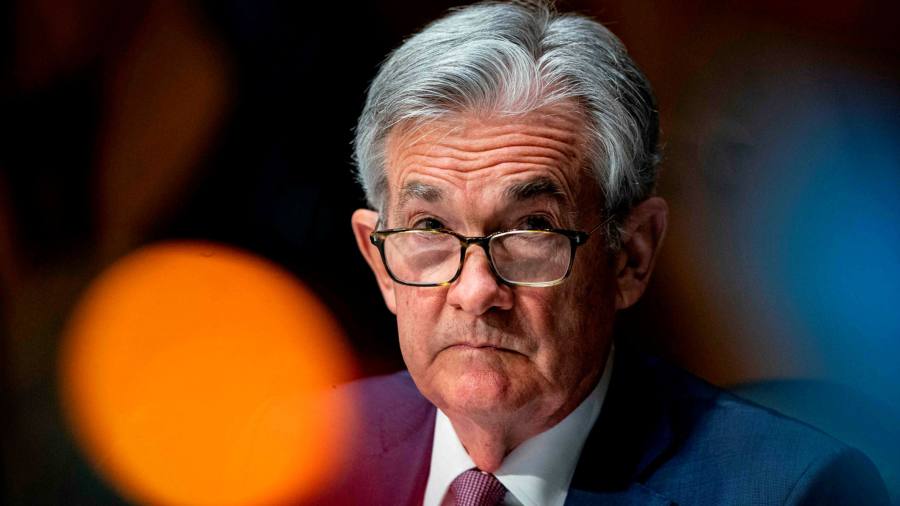 Jay Powell stressed the importance of “patiently accommodative” monetary policy to support the struggling US labour market, as he moved to stamp out concerns that additional fiscal stimulus could trigger a sudden jump in inflation.

Speaking to the Economic Club of New York on Wednesday, the chairman of the Federal Reserve said it would “not be easy” for the economy to achieve full employment and America was still “very far from a strong labour market”.

Powell also said that inflation was likely to remain subdued as the recovery gathers pace, doubling down on the central bank’s view that any rise in prices was likely to be transient and unlikely to affect monetary policy.

“You could see strong spending growth, and there could be some overt pressure on prices,” he said. “My expectation would be that will be neither large nor sustained. Inflation dynamics will evolve but it’s hard to make the case why they would evolve very suddenly in this current situation.”

Powell noted that US employment last month was “nearly 10m below its February 2020 level, a greater shortfall than the worst of the Great Recession’s aftermath”, and said that policymakers — including health officials, fiscal authorities and central bankers — would still have plenty of work to do in order to close that gap.

“Experience tells us that getting to and staying at full employment will not be easy,” he said. “Policies that bring the pandemic to an end as soon as possible are paramount.”

The Fed chairman said discussions on a new fiscal package in Congress were “appropriate”, though he would not comment on the specifics of President Joe Biden’s $1.9tn fiscal stimulus plan.

“Workers and households who struggle to find their place in the post-pandemic economy are likely to need continued support. The same is true for many small businesses that are likely to prosper again once the pandemic is behind us,” he said.

His remarks reaffirmed the ultra-dovish monetary policy being pursued by the Fed, which involves waiting for the US to reach full employment and for inflation to rise above 2 per cent for some time before tightening.

“Also important is a patiently accommodative monetary policy stance that embraces the lessons of the past — about the labour market in particular and the economy more generally,” he said.

Powell then made a broader appeal, including to business and government, to help revitalise the post-pandemic US jobs market.

“Given the number of people who have lost their jobs and the likelihood that some will struggle to find work in the post-pandemic economy, achieving and sustaining maximum employment will require more than supportive monetary policy.

“It will require a society-wide commitment, with contributions from across government and the private sector. The potential benefits of investing in our nation’s workforce are immense,” he said.

Economists and officials are engaged in a vigorous debate about whether Biden’s fiscal stimulus plan might trigger an unwelcome jump in inflation while juicing the recovery this year. However, Fed policymakers have shrugged off such worries.

Investors have begun to price in higher inflation later this year, but few fear a destabilising resurgence. Since November, market measures of inflation expectations have steadily climbed. One metric derived from US inflation-protected government securities, the 10-year break-even rate, now sits above 2 per cent. It languished around 1.7 per cent in October.

Expectations for additional government spending and, in turn, stronger growth have also pushed long-dated Treasury yields higher. On Monday, the 30-year bond traded above 2 per cent for the first time since last February.