You may have heard stories of people cleaning out attics to find older comic books they then sold at a hefty profit.

That does happen — but it’s not just older books that are becoming valuable. Even comic books from the last 20 years are becoming more collectible. Some have jumped in value from just a few dollars five years ago to over $2,000 today.

Smart investors are finding they can make money off of this trend, but only if they treat it like they would any serious investment.

I started investing in comics in the mid-1970s with the change I could find in the cushions of our couch. Through careful savings and picking the right comics, I invested and parlayed my profits into bigger and bigger purchases. Here’s my advice for anyone looking to get started.

How to Get Started With Comic Book Investing

The idea of comic books as an investment first picked up steam during the 2008 recession. Between the turbulent stock and real estate markets and next-to-nothing interest rates offered by banks, people had to come up with creative ways to invest and make money.

Many people did, and continue to do, well by investing in comic books, but it’s not like throwing a dart at a dartboard and hoping for the best. To make a profit on what some still think of as “kiddie fare,” you have to act like a kid in school and do your homework.

1. Learn Everything You Can About Comic Books

The first step is to learn everything you can. Talk to experts. Follow auctions on sites like ebay and ComicConnect to see what’s selling and for how much. [Editor’s note: The author is the owner of ComicConnect.] Study the trends, such as a surge in popularity due to a character being featured in a new movie or TV show.

And, most importantly, know your superheroes. Comic books are about more than the “blue chip” superheroes: Superman, Batman, Spider-Man and the like. Expanding your knowledge beyond the big names can make you a savvier investor. For example, some heroes from the Golden Age (1930s-1950s), such as Catman, Black Terror, The Destroyer and Phantom Lady are very popular, despite the fact that they’re no longer in publication.

The next step in investing is to decide on your budget. There’s room in the market for small and large investors alike, and that can mean anything from $10 to $3 million.

When figuring out your budget, determine how many comic books you want to buy per year, and how long you want to hold onto them. I recommend putting together a “want list” of the comics you want to buy and grades you want them in. You can then look at current market prices by using the Overstreet Price Guide, gpanalysis.com and gocollect.com.

3. Start Buying — But Do Your Due Diligence

Before the pandemic, I would have suggested attending comic conventions to find comics for your collection, but now your best option is to check out dealer and auction sites.

For instance, my company ComicConnect holds four event auctions a year, featuring a wide range of vintage comics, original art and other collectibles. We also host monthly auctions, where you can find more great comics.

Many other sites sell comics,  but it’s important to find reputable sources that will stand behind what they are selling. Accurate grading and a return policy are important.

And if you’re considering getting into selling your comic books, be prepared to answer a lot of questions from seasoned collectors.

Is This a Long-Term vs. Short-Term Investment?

Consider whether you want to invest for the long or short-term. Long-term investors should select comics that have traditionally shown slow, steady growth. For example, people who bought a copy of “Amazing Fantasy 15” (the first appearance of Spider-Man) for $3,000 in 2010 own a comic book that’s worth $10,000 today.

For long-term investors, pre-1985 books are the best choice. These comics have shown they have legs to them, and by the time they’ve been around that long, they’ll have hit vintage status. There are plenty of modern comics from the last 20 years to read, collect and invest in, but the market for those books can be a bit more volatile.

For short-term investors, it’s all about timing. Try to buy books when they just start to get hot with the intention of selling them quickly before interest wanes. There are comics that have only been out for a few months that are selling for anywhere from $50 to $100.

But remember, the short-term market can be very volatile. For example, investors who bought “Green Lantern 7” a year before the “Green Lantern” movie came out saw huge profits if they sold within a few months. But if they waited until too close to the premiere of the movie — which totally flopped — they probably lost money.

Nobody wins all the time, not even experts like me. I was one of the guys who bought a high-grade “Green Lantern 7” the week the movie came out. I ended up taking a small hit when I was eventually able to sell it a few years later. 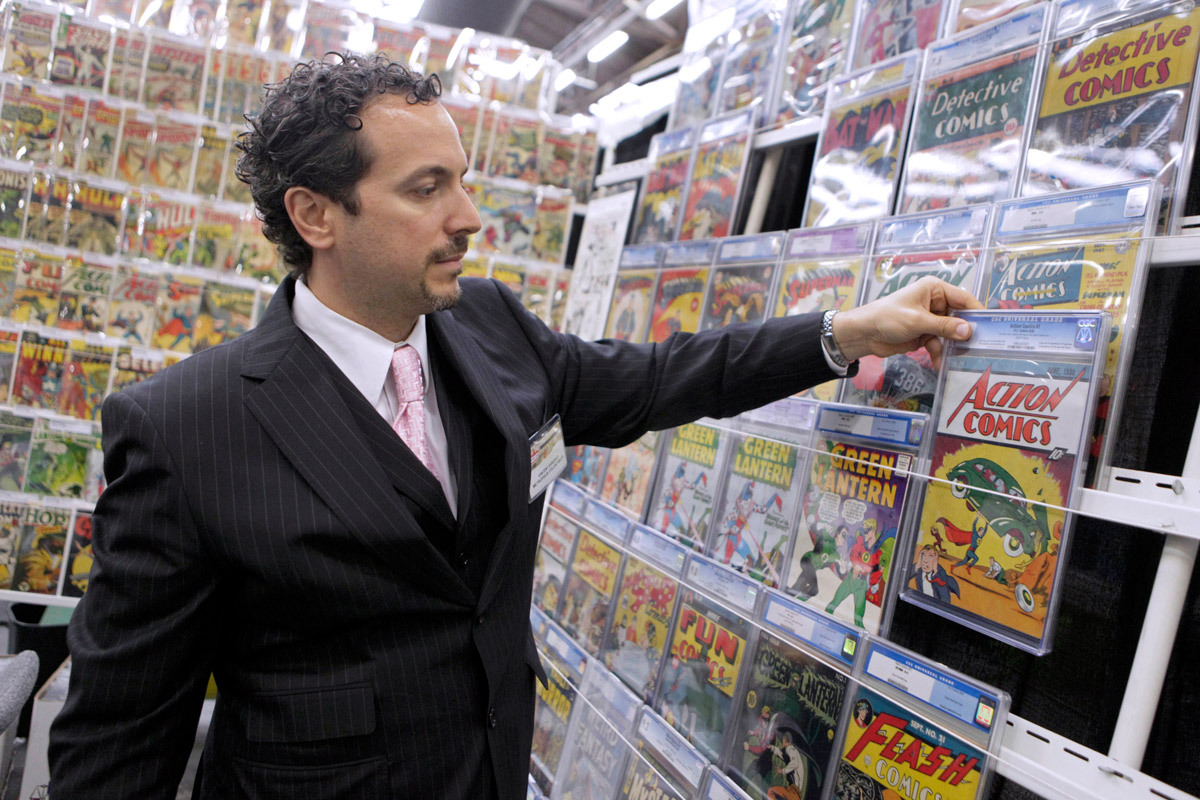 Whether investing in new or older comics, there are a few general rules you can follow to help determine whether a comic will increase in value.

Issues that feature a character’s first appearance or death, or an artist or writer’s first professional publication, are more likely to be good investments down the road. Individual pages from Action Comics 1 (Superman’s first appearance, in 1938) have sold for tens of thousands of dollars.

But it’s not just the big names that can prove valuable. It’s just as possible that the first appearance of a character in a low-grade comic can provide substantial returns one day. It’s a gamble, but one that could potentially pay off.

Remember, though, it’s not just a comic book’s significance that determines its value. Condition and rarity also have an impact. But nothing is set in stone. If there’s one copy of a book in near-mint condition but five more are found a year later, the value of that issue could drop.

Once you jump into the comic book market, remember to protect your investment. Store books in a cool, dry place, such as a safe deposit box.

Finally, use professional appraisers and consider purchasing insurance for your collection. A quick search of your comic’s name and issue on reputable auction sites can help you gauge your comic’s value.

Vincent Zurzolo is co-owner of the New York-based Metropolis Collectibles, the world’s largest vintage comic book dealership, and ComicConnect.com, the largest online vintage comic auction house. He and his partner, Stephen Fishler, hold five Guinness World Records for the most expensive comics and related collectibles ever sold. Contact him at [email protected].

The Most Scandalous Provision of the $1.9T Biden Boondoggle