Home Feature Stories A US pivot towards Africa
0
SHARES
ShareTweet

Hello from Washington, where the US Senate has voted that impeaching former president Donald Trump is constitutional and will continue with a trial on Wednesday.

In trade news elsewhere, the World Trade Organization in Geneva has announced it will hold a virtual meeting next Monday to move forward with the appointment of its new director-general after the US came round and backed Ngozi Okonjo-Iweala.

Our main piece examines the often overlooked US trade relations with Africa, where Washington is engaged in one of its two free trade negotiations with Kenya (the other is with the UK). Our person in the news is Richard Neal, the chairman of the powerful Ways and Means committee in the House of Representatives.

Why Biden will change direction on Africa

“This past year has shown us how interconnected our world is, how our fates are bound up together,” President Joe Biden told leaders of the African Union, a continent-wide body with 55 member states, over a video link last weekend. America would like, he said, to engage again with AU leaders and to have greater trade with Africa, to invest in democratic institutions and global health initiatives, and to work together on defeating Covid-19.

There is nothing particularly striking in the substance of what Biden said — although we note that the world is not so interconnected after all when it comes to equitable global vaccine distribution — including supplies to African countries.

Besides that, however, putting Biden’s video message along with what we know about Democrats’ feelings on trade with Africa, we at Trade Secrets predict a change of approach is in the offing.

To begin with, let’s explain things as they stand.

It’s worth pointing out that Africa is a continent broadly divided into two sets of economies — resource-intensive ones such as Congo and Rwanda, which have suffered owing to 2020’s tumbling commodities prices, and non-resource-intensive economies such as Ethiopia and Kenya, which have suffered slightly less. China hawks in Washington, meanwhile, want to engage with Africa owing to China’s growing influence there. Beijing has become the biggest lender to several African nations including Angola and Kenya, raising suspicions among China hawks in DC that Beijing will use its financial muscle to secure political leverage.

The IMF has recommended the continent boost regional trade via the African Continental Free Trade Area (AfCFTA), though difficulties in implementing the borders and customs infrastructure have left agreement struggling to get off the ground. Washington has traditionally opted to trade through the multilateral, 20-year-old African Growth and Opportunity Act (Agoa), which gives about 40 African states tariff-free access to the US for 6,500 products.

The Trump administration did not like this arrangement, because it didn’t really require any obligations from African nations. Instead, it wanted to strike a series of bilateral deals, starting with Kenya. Former US Trade Representative Bob Lighthizer’s argument was that building a solid legal and regulatory framework would boost business confidence and make Africa more prosperous. In the negotiating text for what would be Washington’s first trade deal with a sub-Saharan African country, the US said it wanted “comprehensive market access” to Kenya’s agricultural sector and duty-free access for US apparel.

Democratic trade aides on Capitol Hill — whom we can expect to hold great sway in the newly staffed US Trade Representative office because of the ties between staff and Congressional offices — had an important divergence of opinion from Lighthizer on the value of Agoa. They agreed that it did not give the US reciprocal benefits. They argued that it wasn’t supposed to as it wasn’t really a trade deal, it was a preference programme and a development tool. In return, signatories agreed to human rights and rule of law commitments. A bilateral trade deal, they feared, might just harm Kenya by exposing it to competitive US exports, particularly in agriculture. Kenyan officials are aware of this danger. Macharia Kamau, Kenya’s principal secretary for foreign affairs, has previously commented on the need to protect infant industries and services.

The US talks with Kenya also undermine the bargaining power of AfCTA as a united gateway to the continent. The reason for that is they create a risk that Kenya becomes an entry point for US goods into the continent, as many goods can cross into east Africa free of tariffs, thereby weakening AfCTA’s hand if it were to ever bargain with the US as a union of countries.

So what now? Well, first, it is unclear how much progress the US’s bilateral talks with Kenya actually made in a pandemic year that mostly made trade talks impossible. There was one visit from the UK’s Liz Truss to Washington, but otherwise, those terse negotiations were all on the government’s equivalent of Zoom. Secondly, we know that Biden’s team is not interested in bilateral free trade agreements, so that’s not good news for Kenya. On the other hand, Richard Neal, the influential chairman of the House’s Ways and Means committee, which oversees trade deals, suggested on Tuesday that the US-Kenya deal would still go ahead. But — in our view — that deal is not likely to look the same as it would had it been negotiated under Trump. We’ll see more emphasis on the environment and workers’ rights, for one thing, and greater sensitivity towards Kenyan industries.

More broadly, it’s worth noting that under Agoa, the US president is supposed to meet African leaders every two years. Trump didn’t bother to show up. Biden’s weekend message is a signal that he perhaps might engage in this forum, which would fit with his broader push to re-enter multilateral institutions and reprise the American seat at the table in global leaders’ meetings across the world.

Putting these things together, it’s probable that we’re about to witness a pivot when it comes to trade and investment between the US and African countries. We think bilateral trade deals that undermine multilateral bodies will be out; broader diplomacy through Agoa, and maybe eventually AfCFTA, will be in.

The rise of regionalism in trade policy has been an important factor in the trade landscape of recent decades. But how much of an impact has it had on trade flows? The chart below, taken from Coriolis Technologies’ data, looks at the relationship between the 10 Asean economies and the rest of the region over the past decade. The uptick is far from dramatic, although there was clearly a rise in trade between Asean economies and China (somewhat at the expense of Japan, it seems) up until the Trump administration entered office in 2016. It will be interesting to see whether the trend picks up under Biden, or whether there are more fundamental shifts afoot.

It’s also worth noting that trade within the group of 10 matters to some Asean economies far more than it does to others.

Person in the News 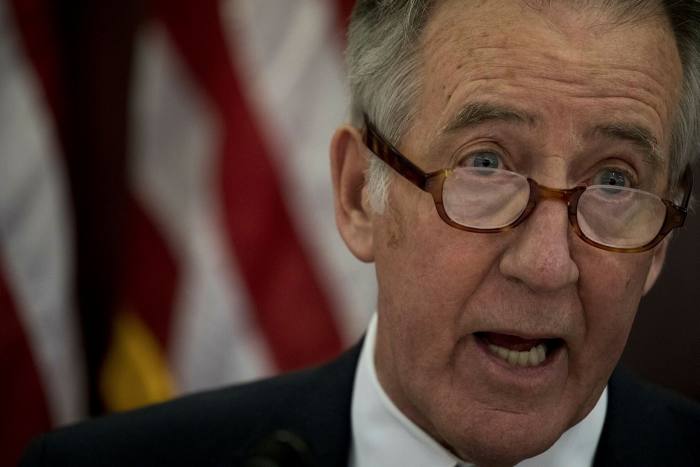 Britain’s hopes of the US reciprocating its desire for a quick post-Brexit trade deal have been somewhat dashed of late. However, they received a boost yesterday.

Speaking at a trade conference in Washington, Richard Neal, chairman of the House Ways and Means Committee, struck an optimistic note on the future of the struggling US-UK trade talks. Asked if he thought those talks, plus the talks with Kenya (covered in our main piece), could get done within the year, Neal replied that yes, he thought so.

Just in time for Valentine’s Day too.

His upbeat tone may come as a surprise, however, to increasingly gloomy UK officials, who recognise that the expiration of legislation offering fast-track protections to trade deals through Congress, could hold their text up for quite some time. And that’s when UK and US negotiators agree on one. There’s still some way to go before this union is made.