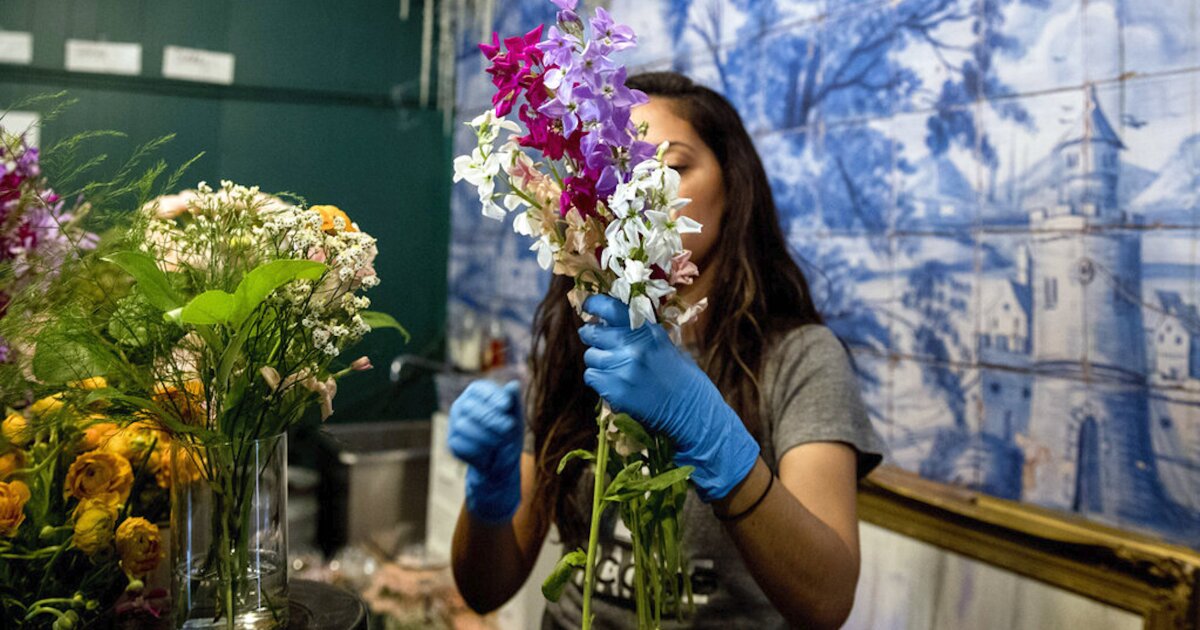 Americans spend about $2 billion each year on flowers for Valentine’s Day. But in one state, jobs putting together bouquets of flowers are far less accessible than in the other 49.

Louisiana is the only state in the country that requires someone to have a government-issued license to be a florist. If you look for a florist job in a state such as Pennsylvania, Florida, or New Hampshire, you will find some openings for jobs that require no experience and offer on-the-job training.

Meanwhile, in Louisiana, you must pass a test and pay a fee. The exam costs $114, and the license fee is $100, according to the state’s website. In the early 2000s, the test had a pass rate below 50% — lower than the state’s bar exam. It’s now better at 77%, but how does the government decide what a good bouquet looks like? Shouldn’t that be for the employer and for the consumer to decide?

Being a florist is likely a relatively safe job. We don’t hear about the dangers of unlicensed florists in, say, Massachusetts, New York, or Texas. Like many other forms of occupational licensing, this unnecessary barrier to entry may serve no other purpose than to restrict the domestic labor pool, artificially boosting the wages of those in the industry while denying those outside of it a chance at upward mobility.

It’s something the state of Louisiana needs to address, and its Democratic Gov. John Bel Edwards deserves credit for questioning. However, it also shows the need to reform all sorts of occupational licensing throughout the country.

In many cases, occupational licensing is a job killer, and standards are different from state to state. That’s usually a good indication that some licenses might not be necessary. For example, only 20 states require a license for natural hair braiding, Massachusetts requires fortune tellers to have a license, and three states plus Washington, D.C., license interior designers.

Even being a barber, a profession licensed in every state, wasn’t licensed by the state of Alabama from 1983 to 2013. Also, there wasn’t some epidemic of haircut-related injuries with barbershops shut down amid the coronavirus pandemic. That’s a profession that requires 1,000 hours or more of schooling in most states. Fewer than half of the states in the country offer an apprenticeship alternative to that schooling, which may cost more than $10,000. Ideally, there would be no license, and people could choose to do a paid apprenticeship to learn the skill, if they wish, or they could learn it on their own.

In addition to eliminating unnecessary licensing, reform can involve making licenses easier to obtain. Reducing licensing fees is one way to do that, especially for lower-income people. Increased licensing reciprocity is another way to do it. Arizona, for example, recognizes occupational licensing from all other states and waives the licensing fee for first-time applicants from families earning below 200% of the federal poverty level.

Recognizing military certifications as a valid form of licensure is another way to do it, as Vermont does. So is eliminating unrelated education qualifications and good moral character clauses from licensing requirements.

Why does it matter if your barber has a high school diploma? If they can cut your hair and do a good job, it doesn’t matter if they struggled academically. And so-called good moral character is so subjective that it could prevent ex-cons trying to get their life together from having an opportunity to work. Or, for all we know, in the future, maybe posting on social media that transgender girls shouldn’t be allowed to play girls’ high school sports will be grounds for rejection.

When an issue such as occupational licensing pops up, where both President Biden and former President Donald Trump agree there is a need for reform, then surely there is a serious problem. It’s largely a state problem, but one that could be keeping thousands of people from earning a living — on Valentine’s Day and every other day of the year.

Tom Joyce (@TomJoyceSports) is a freelance writer who has been published with USA Today, the Boston Globe, Newsday, ESPN, the Detroit Free Press, the Pittsburgh Post-Gazette, the Federalist, and a number of other media outlets.