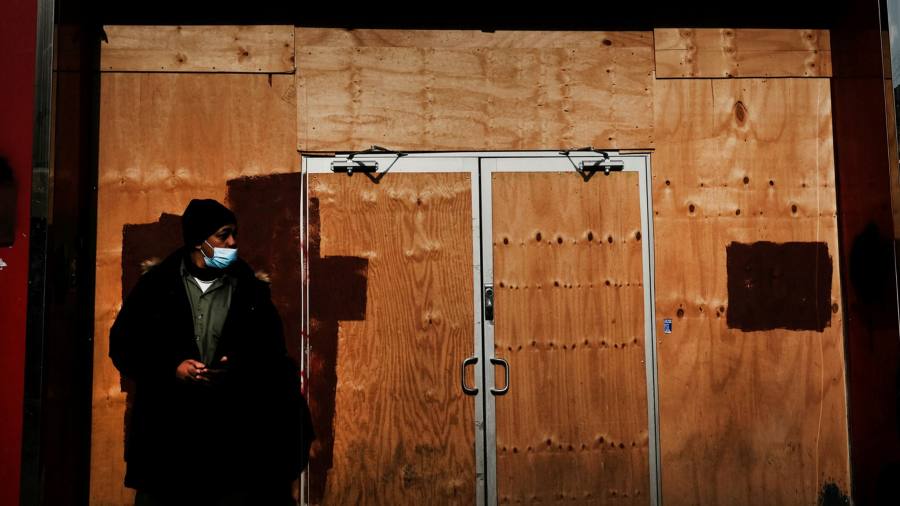 A senior Federal Reserve official has shrugged off concerns that further fiscal stimulus might generate an unhealthy jump in inflation this year, saying the US economic recovery still needs support.

Tom Barkin, the president of the Richmond Fed, told the Financial Times he expected “short-term price volatility” but stressed that he saw deflationary as well as inflationary risks on the horizon.

“I’m keeping my focus on medium-term [inflation] expectations,” Barkin said. “I still think there are a lot of people out of work who need a bridge to the other side, and I am supportive of what we can do to help them”.

Barkin’s comments come amid a debate in Washington over whether President Joe Biden’s $1.9tn fiscal stimulus plan is so large that it might overheat the world’s largest economy.

Janet Yellen, US Treasury secretary and former Fed chair, has dismissed those concerns, which were raised last week by Lawrence Summers, the Harvard University economist who previously served as Treasury secretary.

As policymakers grapple over fiscal stimulus and its effect on prices, investors have ditched long-dated Treasuries as they factor in the growing likelihood that inflation will rise substantially at some point this year. The 30-year Treasury yield briefly traded above 2 per cent on Monday, the first time it has eclipsed that level since last February. Yields rise as prices fall.

Market measures of inflation expectations have also climbed, with one metric derived from US inflation-protected government securities hovering at 2.2 per cent, its highest level since 2014. The prospect of additional support also helped buoy equity markets, lifting the S&P 500 to an all-time high.

Barkin said he was pleased to see inflation expectations rise, bringing them closer to the Fed’s 2 per cent target.

He did not address how big he thought a stimulus package should be. However, Barkin said that efforts to extend unemployment benefits for Americans left out of work by the pandemic made sense, as did plans to bolster the healthcare response and fund school reopenings, saying he was worried about the “scarring” of the US workforce.

Barkin said there was a scenario in which a “pop in prices” was triggered by “excess savings plus strong stimulus both fiscal and monetary” as Americans were “freed up” by vaccinations. This would be reinforced by year-on-year comparisons to 2020, when prices plunged in the early stages of the pandemic.

But the Richmond Fed president, who is a voting member of the Federal Open Market Committee, said that strong disinflationary forces, including globalisation and technology, would help keep prices subdued.

He added that he would have to see a shift in those long-term trends to start worrying about inflation and that a short-term price surge would only become an “inflationary event” if businesses were unable to increase production to meet demand — something he saw as unlikely in the services sectors that have been most affected by the pandemic.

Barkin’s comments came ahead of a speech on Wednesday by Jay Powell, the Fed chairman, on the state of the labour market. The Fed has signalled that it would wait to start tightening policy or raising rates until the economy reached full employment using a broad array of measures — another way it has embraced greater tolerance for inflation as the economy recovers from the pandemic.

To justify rate increases, Barkin said the overall economy would have to come back “quite significantly” in addition to inflationary pressures. Even a tapering or dialling down of asset purchases by the central bank was not on the cards, Barkin said, adding that it was clear the Fed had not made enough progress towards its goals yet to justify such a move.

He also stressed that the economic outlook was far from clear because of uncertainty over the interaction between coronavirus vaccination rollouts and the variants of the disease.