The FT is offering a free 30-day trial to Coronavirus Business Update, which includes access to FT.com. Please spread the word by forwarding this newsletter to friends and colleagues who you think would find it valuable. And if this has been forwarded to you, hello. Please sign up here

We are making a few changes to the newsletter from today to highlight more prominently the big themes of 2021: the rollout of vaccines and the state of the global economy. We will also feature more data from our range of tracker pages.

Latest setbacks follow dispute with EU and confusion over dosage

South Africa has paused the introduction of the Oxford/AstraZeneca vaccine after preliminary trial data, first revealed by the FT at the weekend, indicated it was ineffective against mild forms of the disease caused by the 501Y.V2 variant of coronavirus.

The variant, first identified in South Africa and now the dominant strain in the country, is proving much more difficult to counter than B.1.1.7, the form that first emerged in the UK.

Today’s development is another setback for AstraZeneca. It follows the refusal of Switzerland to authorise the vaccine and the doubts raised in France, Germany and now Portugal about its efficacy in older people. It has also stumbled over appropriate dosage regimes and was involved in a very public dispute with the EU over supplies. Approval in the US, meanwhile, has been delayed because of insufficient data.

UK prime minister Boris Johnson moved swiftly to reassure the public that the vaccine, already being rolled out across the country, was “effective in delivering a high degree of protection against serious illness and death, which is the most important thing”.

The developing world is watching closely: AstraZeneca’s pledge to produce the jab on a non-profit basis — and the reason it was chosen by Oxford university to be its manufacturing partner — makes it an obvious choice for pandemic-stricken economies. Here’s the full story of how the jab was developed. 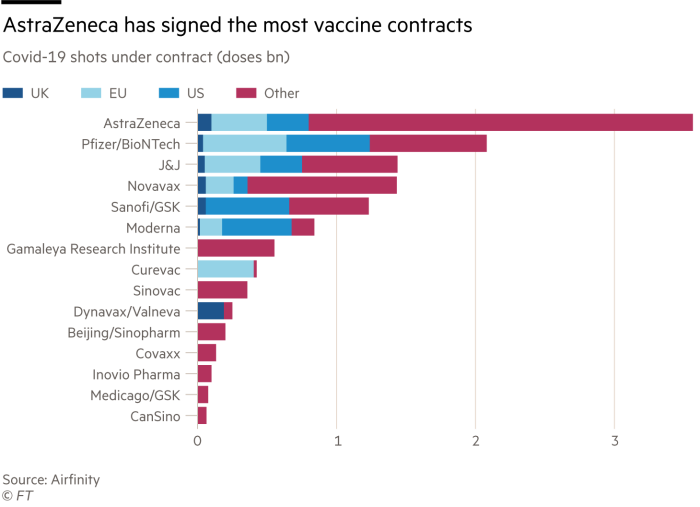 But beyond the effect on the company’s reputation is a more serious issue. If questions about the vaccine’s efficacy are not addressed clearly and swiftly, it could fuel the arguments of vaccine sceptics.

Get the latest picture of worldwide vaccinations with our vaccine tracker

European Central Bank president Christine Lagarde warned that stimulus measures should not be removed too quickly as happened in previous economic crises but was confident that recovery was “delayed, but not derailed”. Europe’s small businesses have called for more help. “One in four companies in Europe will be cash constrained this year,” said one insolvency expert. “These zombified companies in hospitality, retail, transport, leisure and events could go bust very quickly even if the support measures are wound down quite slowly.”

Cuba, suffering its worst economic crisis since the end of the Soviet Union, has lifted its ban on most private businesses. It follows the double blow of a pandemic-induced collapse of tourist revenues and a tightening of the US economic embargo.

Sir Philip Green’s Arcadia retail group finally came to an end as online retailer Boohoo bought the group’s remaining brands — but not the stores — of Burton, Dorothy Perkins and Wallis for £25m. Struggling UK retailers called for government action to help them compete with their online rivals by imposing an internet sales tax and reforming business rates.

British musicians are reeling from the double blow of coronavirus and Brexit as concert halls remain closed and new visa regimes make the planning of European tours a bureaucratic nightmare. London music venues are turning to crowdfunding to survive as they face up to a “cliff edge” next month when support measures such as business rates holidays come to an end. The UK capital’s big theatres warned the pandemic threatened “cultural ruin”.

Some rare optimism for the consumer sector came from Carlsberg, the world’s third-largest brewer, which forecast a surge in demand for good times when the pandemic ends, similar to the Jazz Age of the 1920s that followed the first world war and Spanish flu.

Global equity markets continued their ascent as optimism surrounding the Biden administration’s stimulus proposals outweighed the economic damage caused by the pandemic. “Last week we had a pretty bad jobs report in the US, but it’s one of those cases of ‘bad news is good news’, at least as far as the markets is concerned, as it increases the chance of a large package,” said one portfolio manager.

Oil prices hit $60 for the first time in a year, a result of what some analysts say is a mark of “bullish exuberance” given that demand is still reduced and lockdowns still prevalent. Facing battered finances caused by the pandemic and the growing importance of clean energy, a wave of mega mergers in Big Oil could be on the way. YPF, Argentina’s largest oil company, is among those facing severe debt problems.

Expectations that a new stimulus programme will lead to US economic growth and price rises have driven long-term US interest rates to 2 per cent, their highest level in a year.

A global survey completed by more than 250 Financial Times readers on work and mental health highlighted the stress people are facing in their working lives. The respondents, who came from all corners of the world, were predominantly white-collar employees from sectors including education, financial services and media.

Citizen of nowhere comments on Denmark to launch coronavirus ‘passports’:

“Depending on how quickly the vaccine will be widely available to anyone who wants it, this could create quite a division in society with real and tangible consequences. Opening up society sounds like a good idea as long as you have a chance to participate in it. How long is it going to take until employers will require vaccination passports and those unable to get vaccinated because of low supplies losing their jobs?”

Friday may be the start of the year of the ox, but it’s the domestic dog, cat, (and the odd snake) that have played a key role in helping us through the pandemic. Paws for thought and dive into our pet therapy collection. 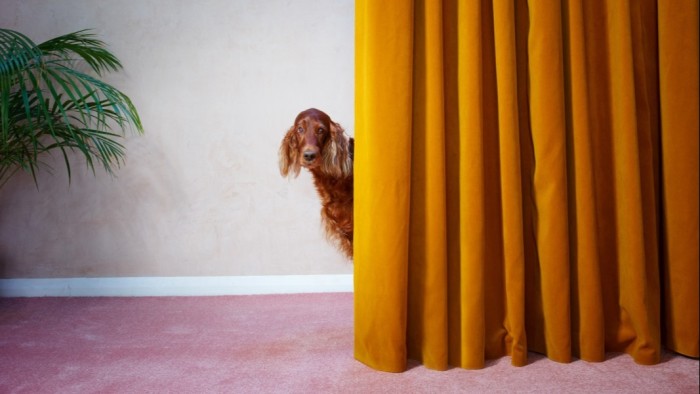 We would really like to hear from you. Please send your reactions or suggestions to [email protected]. Thanks