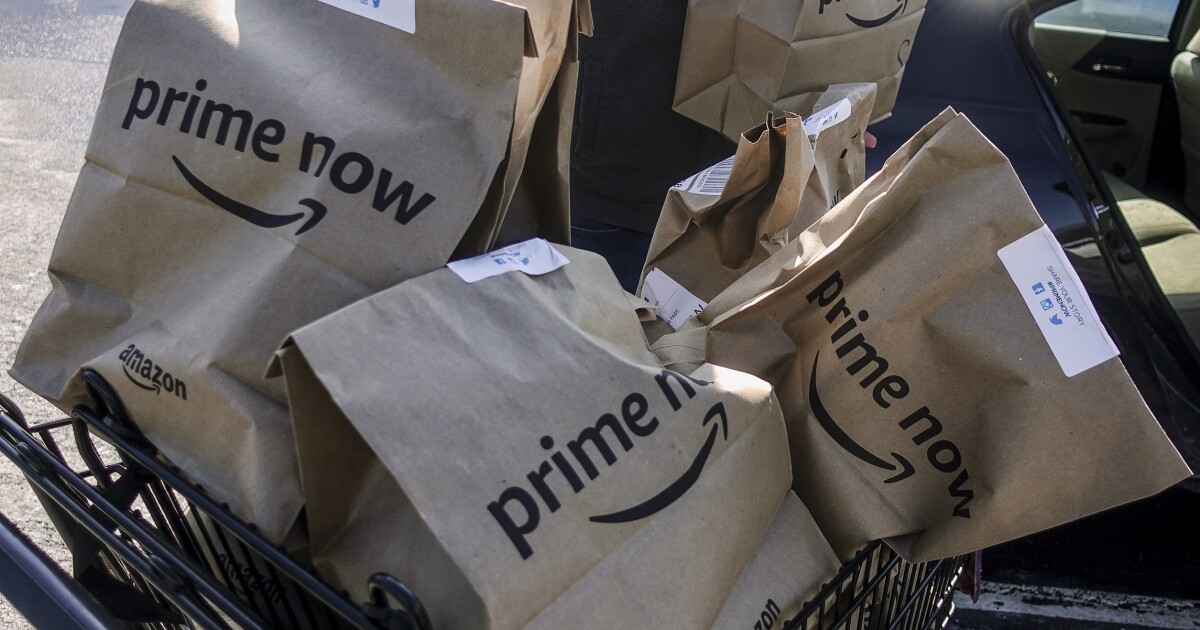 If liberals were right that a federal $15 minimum wage would empower workers at the expense of Big Business’s profit margins, giant corporations such as Amazon probably wouldn’t be on their side, but they are.

A top Amazon executive, Jay Carney, recently wrote a letter on the company’s behalf endorsing the Democratic push to more than double the minimum wage nationwide. And Amazon is actively lobbying for the change by running digital ads.

“We believe $15 an hour is the minimum anyone in the U.S. should be paid for an hour of labor,” Carney wrote. “We also believe it’s good for business.”

This should be a giant red flag. Amazon has already paid its hourly workers $15 or more since 2018. What it’s really doing is lobbying the federal government to hike its competitors’ costs and help it replace more small businesses.

Obviously, it’s not actually Big Business that loses from minimum wage hikes, or it wouldn’t be in Amazon’s self-interest to pursue this lobbying campaign. In fact, established, large corporations are often able to pass the entire cost of a minimum wage hike on to consumers. For example, research by a Princeton economist found that McDonald’s passed on almost all the costs incurred by higher minimum wages by hiking prices on its top-menu items, such as Big Macs.

Because low-income people are disproportionately consumers of fast food, this could mean that their true wages, wages relative to buying power, don’t improve as a result of a minimum wage hike as much as you’d expect.

There’s also only a minimal loss to big corporations if they’re able to pass most of the costs on to consumers via price hikes. And for corporations such as Amazon and McDonald’s, there’s a major, swampy upside to minimum wage hikes: They crush these businesses’ competition by bankrupting small businesses. The Amazons of the world have enormous resources to weather a large wage hike. But mom and pop stores, even in the best of times, do not.

And now is most certainly not the best of times. Between COVID-19 and crushing government lockdown restrictions, 100,000 small businesses went bust last year. Meanwhile, polling reveals that 60% of entrepreneurs worry their small businesses won’t survive through June 2021.

On top of all this current financial distress, a huge artificial spike in labor costs would put many of these struggling small businesses over the edge.

“Big business may be fine with a dramatic increase of the federal minimum wage … as they’ve been thriving during the pandemic,” the National Federation of Independent Business said in a statement. “But small businesses know these policies will make it even harder for them to compete against their larger competitors.”

Of course, eliminating competitors and passing on the costs to consumers is great news for Amazon’s bottom line. But no matter how many ads the corporation runs, a $15 minimum wage still won’t be good news for average people.

Brad Polumbo (@Brad_Polumbo) is a Washington Examiner contributor and host of the Breaking Boundaries podcast.