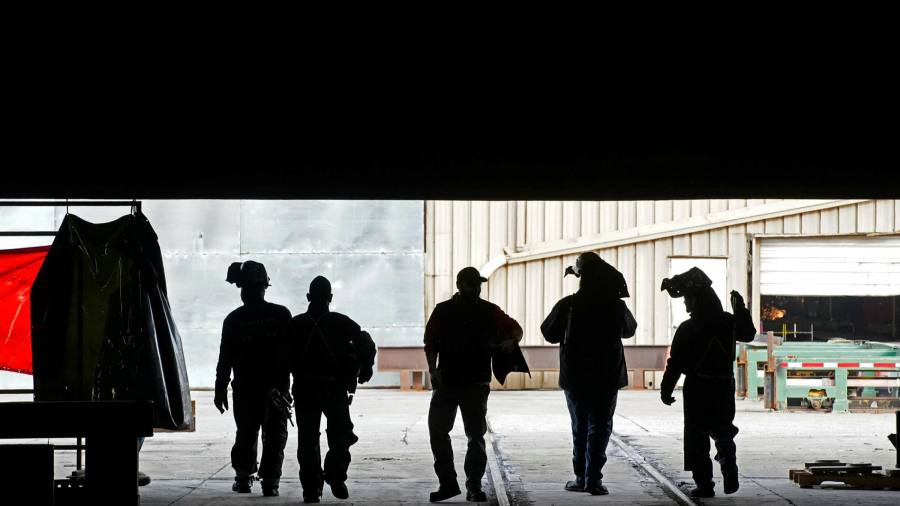 The US jobless rate dropped to 6.3 per cent in January and the economy created 49,000 jobs last month, as the recovery continues to struggle through the surge of coronavirus infections during the winter months.

The small increase in non-farm payrolls partly reversed the dip in job creation during December and matched economists’ expectations of a 50,000 gain.

The drop in the unemployment rate from 6.7 per cent in December was driven more by US workers exiting the labour force than rising employment, a discouraging trend for the US economy.

The return to job growth will offer some reassurance to US economists and policymakers that the decline in December may have only been temporary and tied to a wave of new restrictions on activity to contain the pandemic, which are now easing.

However, the pace of new employment in the US economy remains extremely lacklustre, highlighting the travails of a labour market that is still operating far from full capacity and nowhere near its pre-pandemic levels.

Alicia Levine, chief strategist at BNY Mellon Investment Management, said the report served as a reminder of the extent of the damage caused by the pandemic. “What is really disheartening is the decline in the labour force participation rate,” she said. “That is never something you want to see.”

“The real risk to the recovery here is the 10m people who are not working, who were working in February of 2020,” Levine added. “There is plenty of money sloshing around supporting businesses, supporting markets and supporting asset prices, but on the ground, there are sectors that just may not come back.”

Sectors such as leisure, hospitality and retailing continued to shed jobs last month, while gains were concentrated in government employment and professional and business services, such as temporary help.

The weakness of the US jobs market has been one of the main catalysts for President Joe Biden’s drive to enact a new $1.9tn economic stimulus plan during his first weeks in the White House.

While Biden has engaged in some negotiations with moderate Republicans on a compromise, he is leaning towards passing a version of it with only Democratic support, to avoid seeing it watered down excessively.

Early on Friday, the US Senate passed a “reconciliation” bill approving a process in the upper chamber that will allow Democrats to pass Biden’s stimulus measures with a simple majority of votes. Friday’s bill was approved with Kamala Harris, the vice-president, casting the tiebreaking vote after a 50-50 split between the two parties.

The potential for large-scale new economic stimulus, along with hopes for widespread vaccination distribution, has bolstered confidence in a significant US economic recovery in 2021, after last year’s contraction.

Jay Powell, the Federal Reserve chair, and other US policymakers have warned that the US economy remains vulnerable to setbacks because of the trajectory of the virus as well as the structural shifts in the economy, including long-term scarring, associated with the pandemic.

But Lawrence Summers, the former US Treasury secretary under Bill Clinton and Harvard University professor, warned that Biden’s plan may be excessive.

“The Biden plan is a vital step forward, but we must make sure that it is enacted in a way that neither threatens future inflation and financial stability nor our ability to build back better through public investment,” he wrote in an opinion piece for the Washington Post this week.

Speaking on Friday, Biden defended his plan and said large-scale fiscal relief was essential to avoid the pitfalls of the aftermath of the financial crisis, when Barack Obama’s administration was forced to limit its stimulus after meeting Republican opposition and some resistance among centrist Democrats.

“The one thing we learned is we can’t do too much here. We can do too little,” he added.

“The end result is not just macroeconomic impact on the economy and our ability to compete internationally, it’s people’s lives. Real live people are hurting and we can fix it.”

US Treasuries pared earlier losses on Friday after the report. Yields, which fall as prices rise, slipped to 1.15 per cent for the 10-year benchmark note. Before the release, they hovered at 1.165 per cent.