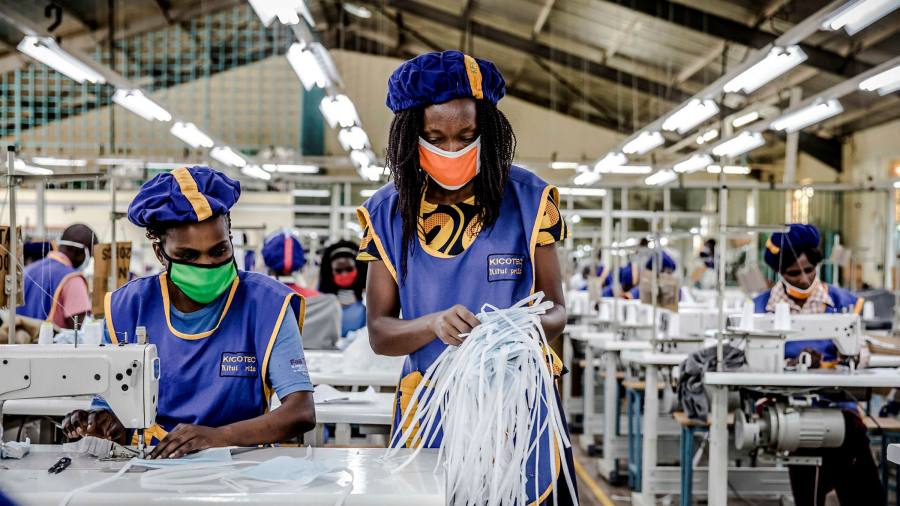 The scale of the economic damage the coronavirus pandemic has wreaked across low and middle-income countries has been starkly illustrated in a new survey of 30,000 households in nine countries.

A median average of 70 per cent of those surveyed reported a drop in income in the early months of the virus’s spread last year, 30 per cent reported a loss of employment and 45 per cent said they had missed or reduced meals, according to the study by researchers at the University of California in Berkeley, Yale University and Northwestern University, among others.

Already-poor people have suffered “staggering” hardship and if the effects persist, tens of millions of already vulnerable households will be pushed into poverty, it warned.

Edward Miguel of Berkeley, a co-author of the study, described its findings as “dire”. “This isn’t any old recession. Its depth and extent are something we have never seen in poor countries,” he said.

Although measures such as gross domestic product and unemployment suggest the pandemic has had a less severe impact in developing economies than in the rich world, this is partly because official data often fail to capture these economies’ high levels of informal activity.

The IMF estimates that the GDP of the G7 group of the main advanced economies contracted by 5.9 per cent last year, compared with an average contraction of 3.3 per cent in emerging and developing economies.

But the study’s authors said their data show “steep drops in employment and income [in low and middle-income countries] . . . that rival or exceed economic losses experienced in the United States and other rich nations”.

Over a quarter of economic activity and half of all workers in Africa, Asia and Latin America are in the informal sector, the study’s authors noted.

A sharp rise in food insecurity among children was “particularly alarming”, the report noted, “given the potentially large negative long-run effects of undernutrition on later life outcomes”.

“The effects for children, with schools closed, falling household incomes, missed meals and a loss of access to healthcare — that combination is really troubling,” Miguel said. “If you are a poor Kenyan losing your job, there is no safety net and you have no savings.”

Miguel said the surveys’ findings were “completely consistent” with a World Bank report which warned in October that the pandemic would push between 88m and 115m people into extreme poverty in 2020, causing the first increase in global poverty since 1998.

“While the magnitude of effects varies across settings the data reveal a consistent picture of heightened economic distress that spans both geography and socio-economic strata,” the report said.