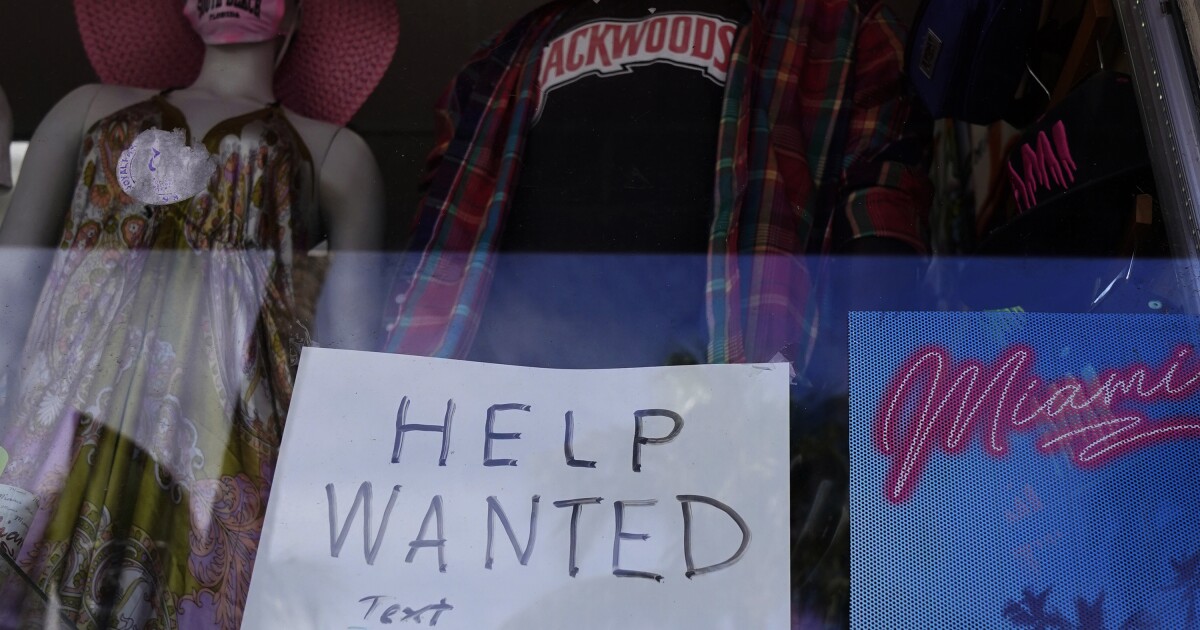 The number of new applications for unemployment benefits dropped 33,000 last week to 779,000, the Labor Department reported Thursday, as the labor market showed signs of improvement amid a slowdown in the spread of COVID-19.

The number of new jobless claims was well below forecasters’ expectations of 830,000.

“The conventional wisdom is underestimating the strength of the U.S. economy,” American Action Forum President Doug Holtz-Eakin told the Washington Examiner. “Instead of the expected rise UI claims, today saw a modest decline that I expect to accelerate in the weeks to come.”

The Labor Department’s weekly unemployment insurance claims report represents the number of people who filed for unemployment in the previous week. The report presents a high-frequency snapshot of the strength of the job market.

While a far cry from the nearly 7 million unemployment insurance claims filed in the early days of the pandemic, Thursday’s report is still far above pre-pandemic levels, when weekly claims floated around 200,000. The worst days of the 2008 financial crisis peaked at 665,000 claims in one week, according to data from the Federal Reserve.

With millions of people still unemployed, President Biden is negotiating with lawmakers to pass a $1.9 trillion coronavirus relief package that includes support for small and midsized businesses, funds to ramp up vaccine distribution and administration, and $1,400 checks to individuals, among other measures. Biden met with 10 Republican senators this week who crafted a more targeted $618 billion bill, which Biden called “way too small,” according to Senate Majority Leader Chuck Schumer.

Treasury Secretary Janet Yellen, who has been outspoken about the need for big legislation to prevent the same slow recovery that followed the 2008 financial crisis, said that the CBO’s report was “more evidence that we desperately need Congress to act on a rescue package.”

Speaking with a group of mayors on Wednesday, Yellen said that “the benefits of acting now, and acting big, will far outweigh the costs over the long term,” emphasizing the need to provide funds for rental and nutritional support programs and business-focused initiatives such as the Paycheck Protection Program.

A Wednesday report from the Federal Reserve found that nearly 40% of small businesses run the risk of shutting down without additional federal support, with 89% reporting that their sales are still below what they saw before the pandemic.

But apart from federal support, getting the coronavirus under control remains the key to getting the economy back on track, and as the United States continues to vaccinate more than 1 million people every day, the country’s daily caseload continues to trend down following a spike over the holidays.

The seven-day average caseload fell below 150,000 last week for the first time since Nov. 16 and continues to decline, according to the COVID Tracking Project. Daily deaths remain above 3,000, but hospitalizations are also trending down.

The Bureau of Labor Statistics is expected to release its unemployment figures for January on Friday.