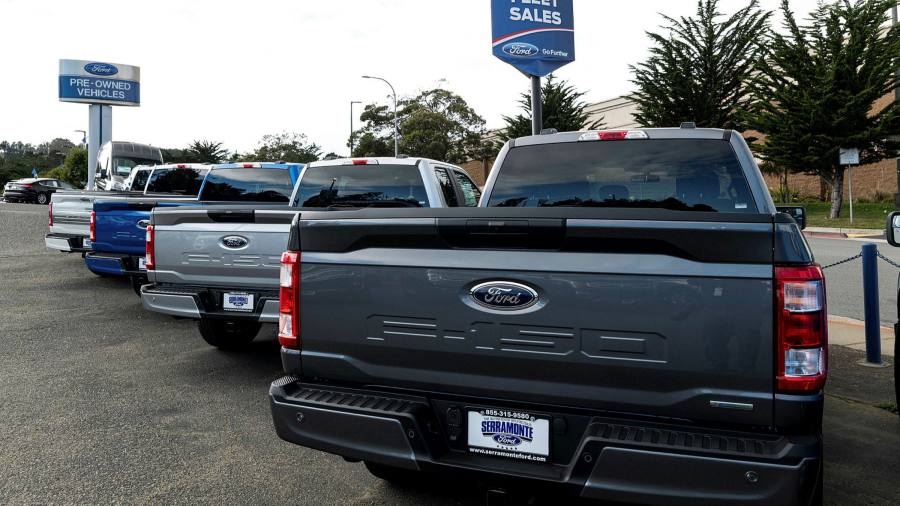 The worldwide shortage of semiconductors is forcing Ford to cut production next week at two plants that make its bestselling F-150 pick-up truck, the latest in a number of disruptions sweeping the car industry.

The shortage could cut Ford’s earnings this year by as much as $2.5bn, said John Lawler, chief financial officer, reflecting the importance of the recently redesigned pick-up to the Detroit carmaker’s bottom line.

“The semiconductor situation is changing constantly, so it’s premature to try to size what availability will mean for our full-year performance,” he said. “Right now, estimates from suppliers could suggest losing 10 per cent to 20 per cent of our planned first-quarter production.”

Ford was forecasting 2021 earnings before interest and taxes of $8bn to $9bn, Mr Lawler said, but the chip shortage could lower that by $1bn to $2.5bn.

The semiconductor problems are the latest issue to drag on Ford’s earnings. It reported an annual loss of $1.3bn for 2020 on revenue that declined 18 per cent from 2019 to $127bn.

The company’s global restructuring plan cost $3.4bn, and Ford also took a $600m hit from the recall of vehicles that used a faulty Takata airbag.

The company reported a $2.8bn net loss for the fourth quarter of 2020 on revenue that was down 9 per cent from the same period a year earlier, at $36bn.

The carmaker also said on Thursday that it would nearly double its investment in electric vehicles to $22bn by 2025. Previously it had committed to spending $11.5bn by the end of next year. It will spend a further $7bn on autonomous vehicles.

The new spending goal puts Ford ahead of GM’s commitment to invest $27bn in electric vehicles, but Mr Lawler declined to match GM’s target of ending the production of internal combustion engine vehicles by 2035.

Ford’s F-150 plant in Dearborn, Michigan, will downgrade from three shifts to two next week, as will production at its Kansas City, Missouri, plant. Both factories will return to full production on February 15.

The chip shortage has hamstrung carmakers worldwide as chipmakers conserve limited supplies for customers in consumer electronics, which pay more.

Volkswagen and Honda have been affected, and GM said on Wednesday that it would idle three factories as it awaits shipments of the part used throughout vehicles, from entertainment systems to power steering to brakes.

While other carmakers have tried to insulate key vehicles from chip shortages, Mr Lawler said the F-150 contained unique chips that were in short supply. The company was working with suppliers to make “the most of our semiconductor allocation”.

Eager to act, Biden and Democrats leave Republicans behind