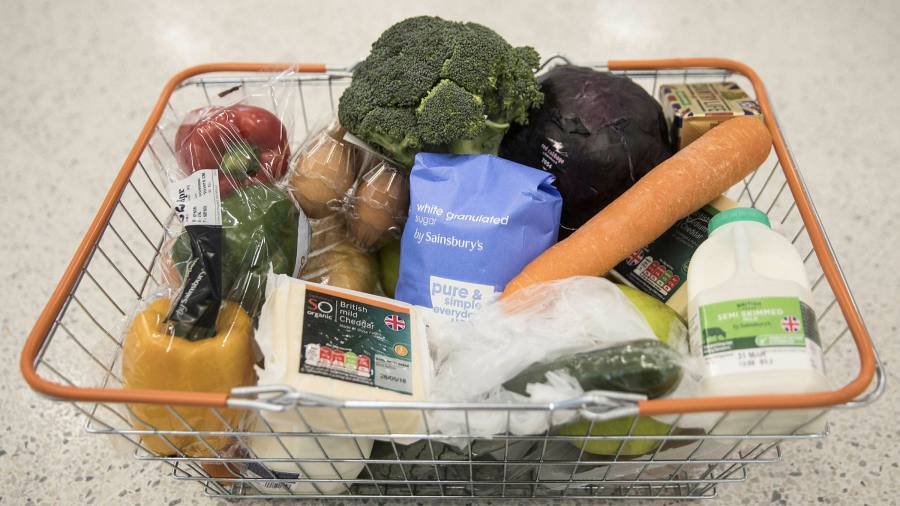 As the FT’s Frankfurt bureau chief Martin Arnold points out, that’s the biggest jump in a decade. So is inflation, after years in the wilderness, finally back?

There are two reasons for the jump.

The first is a number of one-off factors, the impact of which will quickly fall out of the reading. Pictet Wealth Management’s Frederik Ducrozet mentions taxes — including a reversal of Germany’s VAT cut, as well as carbon taxes, and other administrated prices — as well as the timing of winter retail sales in France and Italy as the prime culprits.

The second is the change to the basket of goods and services Eurostat use to calculate inflation.

Why does this matter? Well, to ensure inflation readings reflect changes in people’s spending patters, statistical authorities will regularly reassess the weight they assign to the goods and services that people consume. If there is an increase in the popularity of bananas, for instance, then these will be assigned a greater weight in the basket. If an item goes out of fashion, such as DVD players, they will command a smaller weight or, in some instances, disappear from the basket altogether. In the case of the eurozone, the basket changes in January. (Or, to be specific, the January data uses a preliminary basket, with the February reading updated as national governments submit their own calculations.)

In normal times that’s a reasonable strategy. During a global pandemic, however, it means the readings bear a fuzzier relationship to reality than usual.

We wrote about the problems with the 2020 basket several times last year (see here and here), arguing that spending habits had changed so drastically during the pandemic that readings were no longer reflective of the actual price pressures people felt. Our suspicion was this meant the fall in inflation was overdone, and that price pressures were greater than the headline figure showed. From the January reading, that appears to have been the case.

We will not know exactly how the basket has changed until February 23. But Eurostat has produced this guide to how it will calculate the weights ascribed to each good and service. It tells us that this year’s basket will still rely heavily on pre-pandemic data:

The starting point for the 2021 HICP weights are national accounts data referring to 2019. Note that expenditure shares referring to 2019 will not include any COVID-19 related effects . . .

. . . The weights for 2019 need to be reviewed and updated to make them representative for 2020. Typically, the first national accounts estimates of household consumption expenditure for the year 2020 only become available in September 2021, which is too late as the HICP weights need to be submitted to Eurostat by 13 February 2021. Thus, preliminary national accounts data and other sources need to be employed. It is important that countries use all available data sources to make the best possible estimates of the weights.

The new weights must, however, reflect the very significant shifts in spending patterns in some fields:

As a minimum, the expenditures of the most heavily affected segments of consumption should be re-estimated. These are typically (but not exclusively) fuels, passenger transport (in particular by air), recreational and cultural services, package holidays, restaurants and hotels. This list may differ from country to country.

Reflecting these changes in the 2021 basket does, of course, lead to the possibility that we could have the opposite problem to the one we’ve had in 2020.

Imagine the EU gets its act together on vaccination and economies do reopen in time for the summer holidays. We’d expect to see a lot of pent-up demand for airline tickets suddenly released — and a surge in prices as a result. See this in a few big-ticket items and it’ll mean the headline inflation reading is too low. Though everyone might just be so overjoyed to see a beach that they will hardly care. Even if they’re German.

In these uncertain times, it’s nice to come across something that provides a little clarity. Indeed it gave us a warm sense of smugness to find out that we had a point that the pandemic was leading to too-low inflation readings. Unfortunately, this “ooof” tells us next to nothing about whether, after years of stagnation in everything but asset prices, inflation will really — as many economists think — reappear.