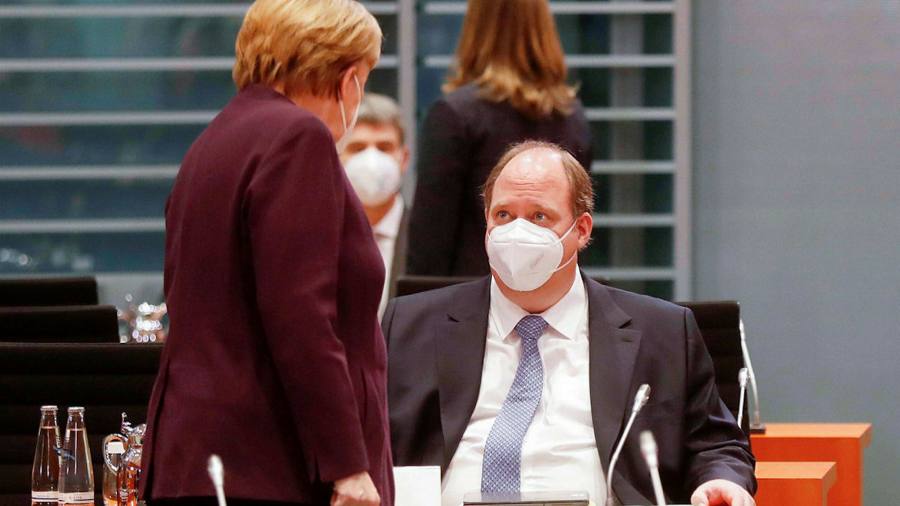 In an article for the Handelsblatt newspaper, Mr Braun proposed amending the constitution to allow the country to take on more debt to underpin the recovery from the pandemic for years to come. He opened up a debate that could decide Europe’s economic fortunes in the post-Merkel era.

The so-called debt brake was introduced in 2009 to plug a gaping hole in Germany’s public finances caused by the global financial crisis. The rule stops German regions from running budget deficits and limits the federal government’s structural deficit to 0.35 per cent of gross domestic product. Enshrined in the constitution, it bound Germany to fiscal austerity and — politically if not legally — the rest of the eurozone with it. Many in Europe now regard austerity in the last decade as an economic and political disaster.

The rule was suspended as the pandemic struck and Berlin took on huge new debts. The rule is due to kick back in next year. It could be waived again if the bounceback is shortlived. Mr Braun argued that repeat suspensions undermined the credibility of any fiscal rule book. Many CDU colleagues would concur. However, his proposal for constitutional amendments to allow for a phased reduction in new borrowing before reinstating the rule was too much for a party steeped in fiscal orthodoxy. His trial balloon was quickly shot down by CDU bigwigs and he was told off by Armin Laschet, the new CDU leader, for not co-ordinating his intervention.

Many political leaders elsewhere in Europe will be grateful for Mr Braun’s act of heresy, however. The IMF and OECD have warned that the biggest threat to the post-pandemic recovery in advanced economies like the EU is premature fiscal tightening.

“However timid for the moment, this debate is much needed,” said Shaheen Vallée, an economist at the German Council on Foreign Relations. Mr Vallée calculates that a return to the debt brake in 2022 would imply a fiscal tightening of nearly 2 per cent of GDP. This would translate into a eurozone-wide fiscal tightening of 0.7 per cent of GDP. If reinstated in 2023, the impact would be smaller, but the eurozone’s southern economies may still be struggling to regain pre-crisis levels of output.

Where Germany goes, the eurozone follows. The bloc suspended its debt and deficit limits last year. It will probably waive them again for 2022. But in order to give member states a fiscal trajectory to aim for, it must soon decide whether and how to reform the rules.

France will lead the push for reform during its EU presidency in the first half of next year, a window between Germany’s parliamentary election in September and France’s presidential one the following May. This issue could either reinvigorate relations between Paris and Berlin, or else badly damage them. A Germany that sticks to old rules at home is unlikely to change them in Europe. Mr Laschet has been nurturing ties with President Emmanuel Macron. This will be the real test.

If Mr Laschet is to succeed Ms Merkel as chancellor it will be most likely in coalition with the greens. To reach a deal with them, the CDU will have to accommodate at least some of their large spending plans. In some ways, Mr Braun’s intervention was unfortunately timed. Mr Laschet, a moderate, is trying to shore up party unity after his leadership election by wooing its conservative wing. “Whatever he does on the fiscal front he will have to be really cautious,” said Jana Puglierin, head of the European Council on Foreign Relations in Berlin.

But Christian Odendahl, of the Centre for European Reform in Berlin, thinks Mr Braun has done Mr Laschet and Europe a favour, “to break the taboo, for after the election”. And the chancellor was probably behind it. “This was Merkel holding the pen.”

Powell pulls his punches on benefits of more fiscal stimulus