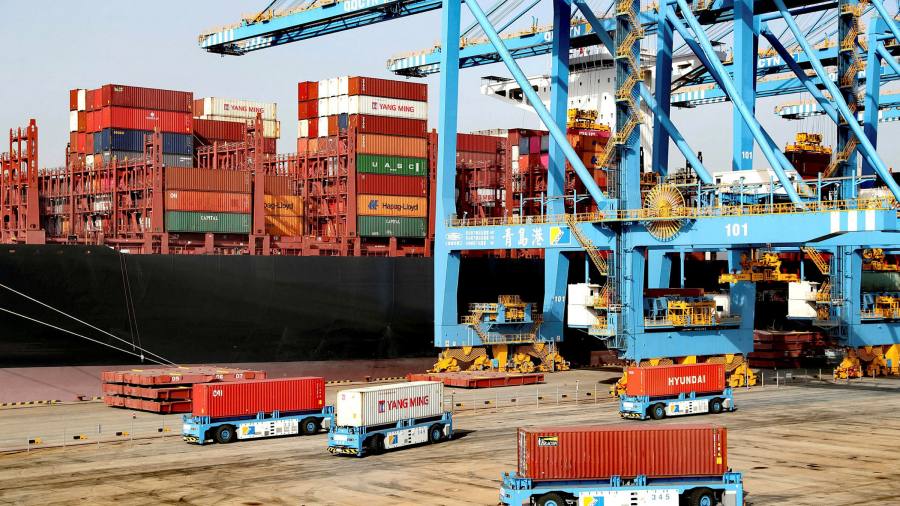 President Joe Biden will issue an executive order requiring the government to review critical supply chains, in an effort to ensure that the US is not too reliant on other countries, including China, for technology and materials.

Three people familiar with the order, including one senior US official, said it would demand government agencies make a broad examination of US supply chains, including procurement. in addition to critical technologies and materials in private-sector supply chains.

The move follows Mr Biden’s pledge during the presidential election to address both the vulnerabilities in medical-related supply chains that were exposed by the coronavirus pandemic as well as a wide range of technologies and materials used in manufacturing that are important for the US industrial base, including for military purposes.

“What we’re planning is really just to implement the commitment he made on the campaign trail to take a comprehensive look at US supply chain vulnerabilities,” said the senior US official, who stressed that the order was not specifically aimed at China or any particular country.

The official said the White House would take the recommendations “to develop proactive steps to close supply chain vulnerabilities not only for government procurement . . . but to really look across the board at supply chains, including very much the private sector”.

He added that the administration would work with US allies to try to reduce some of the current vulnerabilities in American supply chains.

“There’s a lot of opportunity to work with allies and partners on supply chain issues. But we are also obviously, thinking about ways in which we can strengthen our own domestic resilience and add capacity,” the official added.

One former official familiar with the internal debate said the order would give agencies one year to come up with classified and non-secret recommendations. The official said they hoped the administration would move more quickly, partly by relying on some of the studies undertaken by the Trump administration.

“As China moves forward aggressively, and Europe prioritises strategic autonomy above all else, this new team does not have the luxury of a year or even nine months to navel-gaze,” the official said. “They need to leverage existing work and begin to act now — with requests to Congress for domestic support measures, new and more effective unilateral controls, and more intense pressure on allies to join in our efforts.”

The senior official said Mr Biden would not wait until the end of the review period and would implement recommendations as they were made following evaluation by the White House National Security Council and National Economic Council.

While the order is not expected to single out China — or name the country — it comes as US government agencies are paying more attention to national and economic security threats from Beijing.

The former official said a draft of the order noted “competition among great powers”, a formulation that is sometimes used in Washington to refer to China.

Ahead of Mr Biden’s inauguration, his transition team said he would work with Congress and tell regulatory agencies to require companies that produce critical products to identify vulnerabilities in their supply chains.

“Where necessary to protect critical infrastructure and supplies, he will impose targeted restrictions on imports from nations such as China and Russia that pose national security threats,” the transition team said.

Some Biden officials have said that former president Donald Trump was correct to take a tougher line on China, but that his chaotic approach to policymaking and dismissive attitude towards US allies had been counterproductive.

The US official said the Biden administration wanted to take a less “ad hoc approach” but would look to some of the studies across the government that have already been done — including on rare earths, other critical minerals and semiconductors — as it crafted its own set of policies to address supply chain gaps and vulnerabilities.

The move to examine US supply chains is partly intended to fix vulnerabilities, but it is also a component of a broader effort to boost domestic manufacturing. In his first week in office, Mr Biden issued a separate order that tightened “Buy America” provisions by requiring an increase in domestic content requirements for government procurement contracts.

Chinese vaccines sweep much of the world, despite concerns