Home Money The 6 Best Things to Buy in February — and 3 to...
0
SHARES
ShareTweet 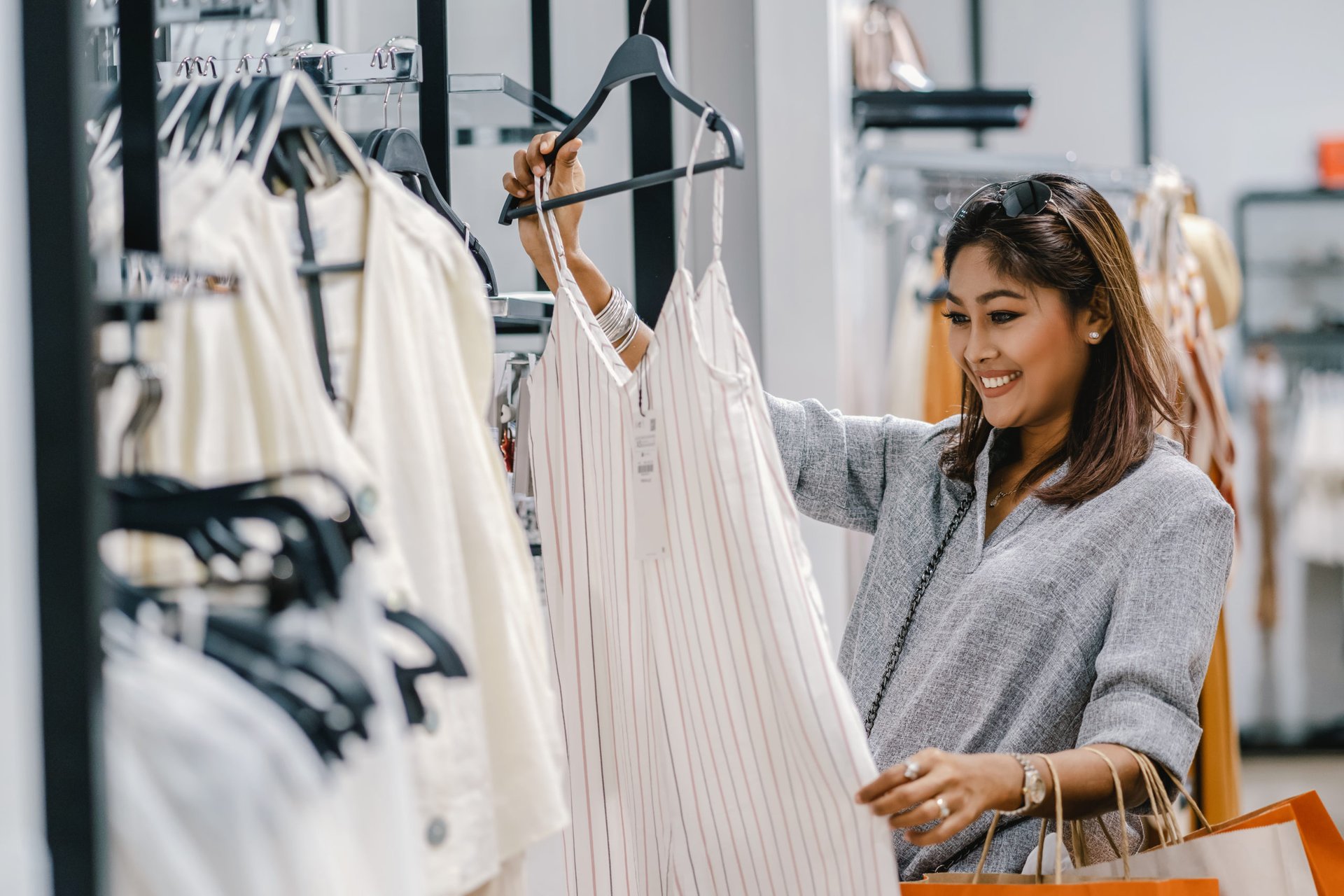 February might not seem like a good month to shop, but it does bring at least a few opportunities to save.

We routinely see February sales branded around the Super Bowl, Valentine’s Day, and Presidents’ Day, and some retailers offer sales that have nothing to do with those holidays, as well.

But not everything will be on sale in February, and not every deal will be a good one. Check out our February buying guide below to learn what items should see excellent discounts this month, and what products you should hold off on for now.

What to Buy in February

TVs for the Big Game

If you’re wondering, “When is the best time to buy a TV?” it’s always going to be Black Friday. But if you missed out in November and can’t wait another nine months, keep an eye out during February.

Of course, there’s a chance that a random excellent TV deal could drop at any time during the year. But February often has a decent number of TV offers overall, and some of the best ones appear during the first week of the month.

For instance, during the first few days of February 2020, we saw plenty of Staff Pick-worthy deals, meaning we considered them as some of our “best of the best” offers. These included a refurbished Vizio 55″ set for only $272 in-cart on eBay, and a refurbished Samsung 55″ for $500 at Walmart.

But it’s not only refurbs you’ll find — there will be plenty of new units among the great deals, too.

Last year, Dell Home offered a new Vizio 65″ Quantum X TV for $1,270. That’s a definite investment, but the good news is it was also bundled with a $300 Dell gift card, which made it the best deal we’d seen on the set.

You’ll find new units for sale at stores like Walmart, as well. The retailer offered a Samsung 65″ set for $478 last February, which was the lowest price we could find at the time.

There’ll be general TV sales for you to shop in February, too. Keep an eye out for Dell Home and eBay to take up to 50% off TVs, and for stores like Target to knock up to 30% off select sets.

The first Valentine’s Day sales we saw last year appeared in early to mid-January, around one month before the holiday itself. Retailer 1-800-Flowers, for example, knocked up to 40% off Valentine’s Day gifts and flowers during that time.

But if you feel like you’ve missed out on the early Valentine’s sales, don’t fret! There will be plenty of February sales to take advantage of in the days leading up to the holiday.

Watch for retailers to take anywhere from 20% to 30% off jewelry, though some may cut even more. And while February 1 tends to brings a jump in flower prices, you can still save by opting for “less romantic” arrangements — namely, avoid roses if you can.

If you’re not opposed to fake flowers, keep an eye out for retailers like Wayfair to knock up to 70% off gorgeous displays that’ll last long beyond Valentine’s Day.

Don’t forget about the Valentine’s Day candy either. Expect retailers like Amazon and Target to offer discounts of up to 25% on all kinds of chocolatey treats, from Valentine’s-themed M&M’s to huge packages of Dove Hearts and Reese’s Hearts.

But if you want something more sophisticated, Godiva will likely offer up at least 20% off.

Presidents’ Day sales are excellent opportunities to save on electronics, clothing, mattresses, home goods and furniture, and large appliances.

You can expect to save up to 70% on laptops and desktops during these February sales at stores like Dell Home, Lenovo, and HP. But retailers like Best Buy and Walmart will probably offer Presidents’ Day sales that are even bigger. Shop those stores if you’re hoping for Presidents’ Day savings on other electronics, including tablets and smartphones.

Historically, we’ve seen more than a third of all Presidents’ Day sales feature clothing in some capacity. If you’re hoping it’ll be a good time to stock up on spring apparel at discounted prices before the weather warms up, though, you’re out of luck.

We expect most items included in these sales to be winter clothing, as retailers try to clear out stock to make room for those new spring items.

Watch for stores to knock between 20% and 50% off clothing, though some could cut up to 75% off. Last year, Macy’s, Puma, and J. Crew Factory all boasted discounts in this range.

If you’re in need of a new mattress, be sure to check out sales advertising furniture. Even though you might not think of a mattress in the same way you’d think of a sofa, they’re often included in the same sales.

Expect to save as much as 60% at stores like Macy’s, while Home Depot could knock up to 40% off. Online mattress retailers will likely have their own sales in February, but odds are the discounts will be smaller.

Looking for large appliances? Historically, we’ve seen stores take up to 40% off refrigerators, washing machines, and more for the holiday weekend. Be ready to shop at retailers like Best Buy, Home Depot, and Lowe’s if you’re in the market for these deals.

Spring may be so close we can almost smell it, but this month is an excellent time to shop for cozy clothing. Last February we listed more than 1,500 clothing deals, and 27% of those received our Staff Pick designation.

Watch for clothing sales, too. Men’s Wearhouse knocked an extra 50% off cold weather accessories last year, while Original Penguin took an extra 50% off, plus an extra 20% off via a coupon code in what was the best discount we’d seen all year from them. Old Navy cut an extra 40% off its clearance items, and Hanes took up to 70% off.

Additionally, look for boot sales in February from retailers like Converse, which knocked 50% off last year. Ecco, meanwhile, cut an extra 50% off.

It might be too early to plant anything in much of the country, but you can still stock up on garden tools and other items for less. In February 2020, we listed 88 garden deals. While that might not sound like much, nearly a quarter of those earned our Staff Pick designation.

We saw fertilizer spikes for as little as $2 for a 50-pack, an AeroGarden 6-pod kit for only $9, and a 3-pound bag of Scotts Turf Builder Grass Seed Sun & Shade Mix for $9. But you can find more than garden items like these. We also saw deals on grilling accessories last February, like a thermometer for $11 and a 20-pound steel propane tank cylinder for $26.

Count on garden tools also being among the best offers we see. For instance, last year a Worx blower/mulcher/vacuum combo was $40, which was the lowest price we could find by $21.

Winter might be wrapping up, but we also expect to see items like patio heaters at notable lows.

In 2020, Sam’s Club had a Westinghouse patio heater for $80 for members; the retailer also featured a Masterbuilt 24″ pellet grill and smoker for $149 for members. Even if it’s too cold to spend much time in your backyard right now, you can certainly get ready for the warmer temperatures ahead!

If you’re still holding strong on your New Year’s resolution to eat healthier, buying seasonal produce is a budget-friendly way to do so.

In February, that means you can shop things like broccoli, Brussels sprouts, cabbage, cauliflower, kale, leeks, parsnips, rutabagas, and turnips.

Looking for fruit? Grapefruit, lemons, oranges, and tangelos will all be in season, and their bright flavors could help lighten up the lingering grey days of winter.

If you’re interested in seeing what’s in season and local, be sure to check the Seasonal Food Guide website. Choose your state and time frame, and you’ll see what kinds of fresh produce you should keep an eye out for.

Don’t Buy These Things in February

You’ll find better deals and a greater selection if you wait until later in the year to shop these items.

When to buy: In March (at the earliest)

Why: The travel industry is still experiencing issues related to the pandemic, so there’s no guarantee we’ll even see any cruise deals in March. If we do, we recommend booking them only if you can book far in advance.

When to buy: In March

Why: March usually brings decent luggage deals, and we’re expecting the same this year. Watch for prices to be as low as $6.

When to buy: From July to November

Why: Mobile World Congress is running in Barcelona from June 28 to July 1 this year, which is later than normal. That’s typically when Android companies announce their latest flagships, so we don’t expect notable discounts before then.

8 of the Worst Things to Buy at a Dollar Store