Home Business 'That’s not a way of working together': Manchin reacts to Harris’s TV...
0
SHARES
ShareTweet 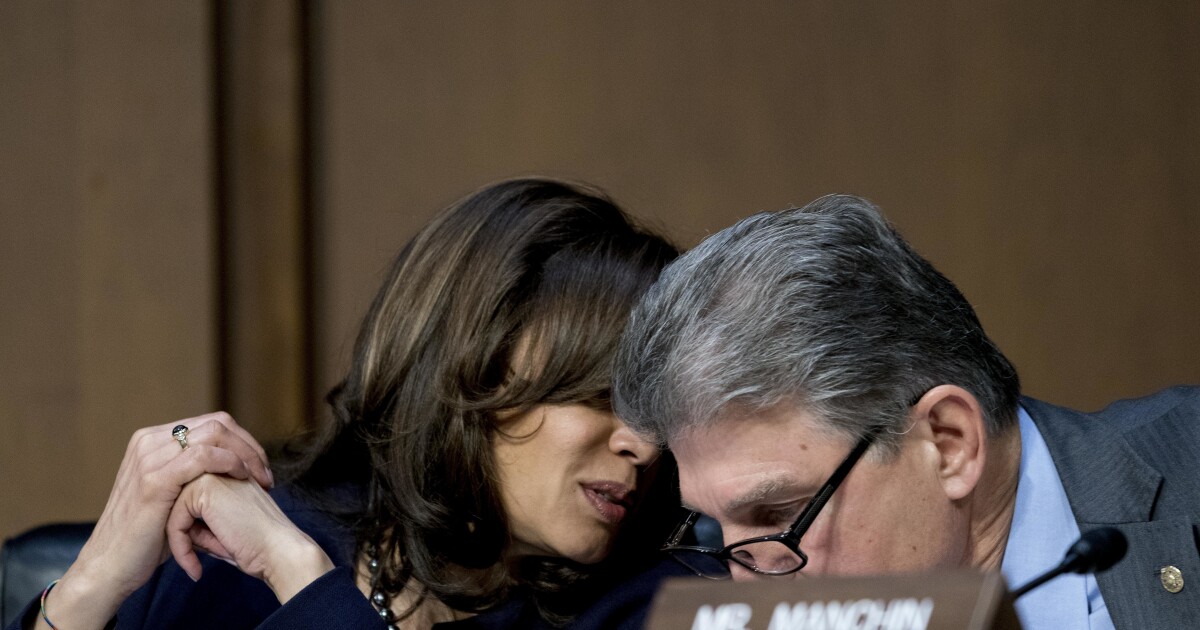 Sen. Joe Manchin said he was surprised by Vice President Kamala Harris’s local media interview in his home state, adding that it’s not a way of “working together.”

“I saw it. I couldn’t believe it. No one called me,” Manchin told WSAZ, the West Virginia news outlet that aired Harris’s interview on Thursday.

The centrist Democrat urged for working across the political aisle in attempting to reach a COVID-19 relief package, a mission he said was harmed by the vice president’s television appearance.

“We’re going to try to find a bipartisan way forward. I think we need to, but we need to work together,” he said. “That’s not a way of working together, what was done.”

Centrist lawmakers have expressed concern at the bill’s $1.9 trillion cost, alluding to its possible defeat in Congress. As an alternative, a bipartisan group of lawmakers in both the House and Senate is preparing to enter into negotiations.

“The idea that we don’t just have to wait for something to come down from on high but can actually negotiate among ourselves and bridge differences that others would prefer to be unbridgeable was very bracing,” said Sen. Bill Cassidy, a Louisiana Republican and one of the 16 senators in the bipartisan group. “It’s kind of what we’re here for, and I think our country benefited.”

Democrats have signaled a willingness to shirk bipartisanship by passing the measure via Congress’s budget reconciliation process, a tactic that would allow the majority party to circumvent the Senate’s 60-vote filibuster threshold. The unilateral approach is not without its drawbacks, however, as members from warring factions within the Democratic Party would need to remain united despite the ideological chasm that separates them.

“The president wants this to be a bipartisan package, regardless of the mechanisms,” said White House press secretary Jen Psaki during a press briefing on Thursday. “Republicans can still vote for a package even if it goes through reconciliation. There’s no blood oath.”